CONTRARY to popular belief educational practitioners and social enterprises can learn much from the research produced by university academics.

Increasingly social research can have a significant impact on policy development and practice in the real world of teaching and learning.

Our company Education4Democracy is one such organisation that has gained from the work of academics.

Our vision is to increase democratic participation among excluded and marginalised groups such as the young, NEETs, BAME groups, adults with learning disabilities and those with mental health related issues.

Huddersfield university professor Robin Simmons research on NEETS in the North of England has helped to inform and shape our organisation’s strategy and development plan for engaging various marginalised groups. It has also assisted us as educational practitioners to challenge widely held popular stereotypes. Simmons detailed published social research demolished the myth that the young jobless are idle or feckless. Most wanted a job, a home and start a family.

Over the past three years Education4Democracy through its educational programme has visited Tyneside schools and colleges such as Kenton Academy, Daybreak, JET (Jobs, education and training) and youth organisations like Newcastle Scouts and Guides. The bespoke training programme has focused very much on non-democratic engagement. Not only are these groups not engaged in formal paid employment or training but are less likely to vote in public elections or take part in civic activities. They have become disenfranchised.

The BAME unemployment rate continues to higher in the North East (7%) and Newcastle-Upon-Tyne (7.4%) compared to the England average (6%). Additionally, a greater proportion of the city’s BME residents are economically inactive (45%) exceeding both the North East (39%) and England (29%). BME communities, especially in the west end of the city tend to represent a higher proportion of the population in some of the most deprived areas of the city. They are vulnerable to social and civic exclusion. This reinforces much of the work conducted by Professor Simmons and his colleagues.

Education4Democracy, alongside other bodies like Newcastle City Council, recognise that unemployment and economic inactivity are higher among BAME communities in Newcastle compared to non-BAME groups. NEET rates amongst BAME youth are high (10%). They are less likely to vote in general elections or second order elections such as voting for local ward councillors.

Our organisation has run a number of learning sessions on ‘Voting: How and Why’ with the adult education centre JET. The sessions helped to support residents and learners to improve their civic knowledge, citizenship skills, including verbal and written communication. The sessions were delivered by Councillor Habib Rahman, Cabinet member for Communities and myself. Young people and adults are now more confident in making sense of the democratic system and their role within it.

Research by Simmons recognise that adult with learning disabilities are a NEET sub-group. Economic inactivity rates are high. Many adults with learning difficulties rely on Personal Independence Payments (PIP), income support and housing benefit. Many are in supported housing units across Tyneside. Democratic involvement remains low.

Yet we visited a number of groups such as Daybreak in Cowgate, one of the most disadvantaged neighbourhoods in the North, and delivered interactive sessions on voting. Contrary to popular stereotypes we found that the people we spoke with did have a ‘’reasonable’’ level of civic awareness. They had heard of MPs and could name them. The adults were able to discuss issues relevant to their lives. They also took part in mock-up ballots.

Similarly, Simmons’ work has noted that working class young people are more susceptible to NEET. Our work on Tyneside re-affirms these findings. Again, less than 10% of young people under 24 vote in local elections. Our work in local schools was able to raise awareness of democratic processes and institutions.

Professor Simmons’ work has proved invaluable to our organisation in providing a detailed examination of the socio-economic circumstances of NEET in the North and marginalised groups. Through our own work not only do these groups experience economic exclusion but also civil exclusion too. FE needs to be less dismissive of social research. It has it’s uses and can assist in teaching. Learning, assessment and the wider participation agenda.

Stephen Lambert calls for a state funded blue-print to abolish long-term joblessness in Post-Brexit North. YOUTH unemployment is still a major problem both at home… 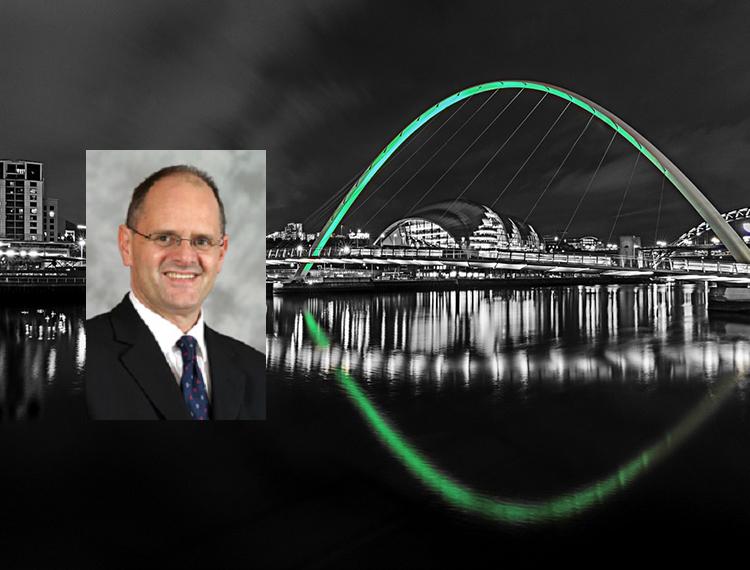 WALES THIS MONTH HAS LOWERED THE VOTING AGE TO 16 FOR LOCAL ELECTIONS. NEWCASTLE CITY COUNCILLORS BELIEVE THIS IS THE WAY FORWARD FOR ENGLAND TO BOOST…

ON THE day the Prime Minister called a general election in 2017 350,000 citizens registered to vote – half on-line. Yet almost two years on…