The winners for the 12th annual Learning on Screen Awards were announced at a special ceremony at the BFI on London’s Southbank, on 28 April 2016.

The awards, held by the British Universities Film & Video Council, recognise the innovative ways film and media are used to educate, with special categories highlighting productions from students at UK colleges and universities.

The big winner on the night was undoubtedly Just Some Morning Tea, directed and produced by George Summers from Truro College, which scooped both the FE Student Production Award and the Special Jury Award. The jury felt this simple but beautifully crafted animation demonstrated excellent photography, sound design, editing, music and lighting, and tipped its talented director for great things in the future.

This year's Premier Award was presented to Codename Winterhill: Bolton Storyworld, an innovative and immersive piece of digital storytelling from the University of Bolton and Bellyfeel. Delivered through smartphones, this outstanding production was unlike anything the jury have seen before.

The Chair of our Jury, Ian Wall, Director of Education at The Film Space, commented on this year's ceremony: ‘Every year we see outstanding submissions and we always wonder if the high standard can be repeated. This year certainly did not let us down, with submissions making it very difficult to settle on our eventual list of category winners. I’d like to personally congratulate all our winners and nominees, and thank them for a thoroughly enjoyable evening.’

As with previous years, the College HE Award was first presented at the Association of Colleges Higher Education Conference, which this year took place at the Russell Hotel in London in March, and we were delighted that A Portal Too Far, directed by Sean Byrne, won the category. 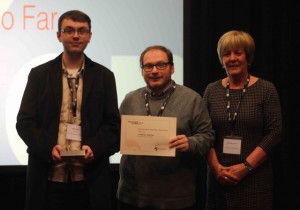 The College HE Award was supported by the Educational Recording Agency, and Chief Executive, Helen Nicholson, was present at the conference to hand over the award to Sean

The BUFVC is indebted to the organisations who support our work. Our sponsors were: Max Communications, Adobe, Watch Works Ltd, Science Photo Library and ERA.

Further details regarding the winning entries, nominations and award categories can be found on the Learning on Screen website: http://bufvc.ac.uk/learningonscreen

THE WINNERS IN FULL ARE:

FE Voices
â€˜Oh, what strange times we are living inâ€™.There are so many questi

Lincoln School of Film and Media

FROM THE ‘JUST WAR’ TO THE UNJUST PEACE

‘WE ARE HE FOR SHE’ AT THE UNIVERSITY OF LEICESTER

A PORTAL TOO FAR

University for the Creative Arts

LIFE AT A SNAIL’S PACE

FE Voices
‘Oh, what strange times we are living in’.There are so many questi

FE Voices
Throughout the past year, businesses have placed an enormous amount of 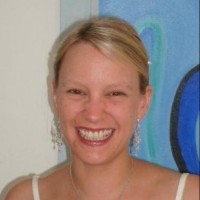 FE News: The Future of Education News Channel shared a video in channel. 12 hours 34 minutes ago