Education Professionals Most Likely To Work At The Weekend 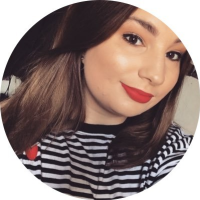 Education professionals are spending more time working than ever.

In fact, the education industry was found by a new study to be the sector most likely to be working at the weekend.

Whilst it’s expected that teachers and other education workers will mark work and plan lessons outside of their day-to-day, what kind of impact is this having on their health and wellbeing?

A new study by Aviva into the effects of workplace anxiety found that an astonishing 69% of education employees feel as though their weekend is cut short because of feeling anxious about work.

This is known as the ‘Sunday Dread’ phenomena, which is plaguing most UK workers. Almost a quarter of workers in the education sector say it takes them between three to five hours to switch off on a Friday night.

When the weekend arrives, a third say they spend up to two hours thinking about work. A quarter says they spend between one-two hours doing work during the weekend, whilst 8% of education respondents said they spend over eight hours working – the equivalent of an extra day – presumably unpaid. Two in five people said they felt irritable over the course of the weekend from anxiety about work, with a short attention span (17%) and inability to carry out everyday tasks such as cleaning and laundry (35%) also the main effects on their weekend.

According to the survey, there are several factors that cause workers in the education industry to dread their Mondays. This includes a heavy workload (42%), work taking over life during the week (29%) and unfinished work from the previous week (26%). 89% of education employees said they got a bad night’s sleep on a Sunday due to worrying about the Monday ahead of them.

What can be done to combat work anxiety in education?

Teachers are constantly being asked to do more with less time. It’s a known fact and the reason why many leave the profession to reclaim their home life. However, this study shows that pressure is affecting all professionals across the sector.

There may seem like there is little to be done for education workers to stop spreading themselves too thin, but Aviva has collaborated with a workplace wellbeing specialist from 4and20million, Josie Saville, to get her five top actionable tips to reduce work anxiety:

FE Voices
The Secretary of State, Gavin Williamson has written to colleges this
You are now being logged in using your Facebook credentials

FE Voices
The Secretary of State, Gavin Williamson has written to colleges this