A new report published today (Friday 9th October) by the Education Policy Institute (@EduPolicyInst), funded by the Nuffield Foundation (@NuffieldFound), examines the education policy responses of England, Scotland, Wales and Northern Ireland during the height of the pandemic. It finds that disadvantaged learners lost out most where there were delays and poor decisions.

Education policy responses across the UK to the pandemic is the first detailed analysis comparing how the governments of each of the UK nations supported pupils’ education during the period of closures to schools this year.

The new study considers how all four nations approached school closures, the delivery of free school meals, the provision of digital learning at home, and support for the most disadvantaged and vulnerable children.

The research reveals significant differences in nations’ approaches and highlights how, on many occasions, policies to support pupils were hampered by poor decision-making, delays, and lack of effective delivery systems.

However, the report also shows that in other areas, nations responded well to some of the challenges posed to the education system by Covid-19.

Successful, well-implemented education policies during the lockdown period were often helped by having established, local infrastructure in place – as seen in Wales’ success in rapidly distributing laptops and internet routers to its poorest pupils.

In contrast, countries that had to build new delivery systems from scratch – as shown in England’s experience with free school meals – suffered costly errors and delays.

The EPI report provides new insights into the role of devolution in the UK and the impact of the divergent policy paths pursued by the four nations. It also provides important lessons for UK policymakers on how they can avoid repeating the mistakes seen in education this year, as they continue to grapple with the effects of the pandemic.

School closures: how did the UK nations compare?

More than double the proportion of schools were open in England than in Scotland, Wales or Northern Ireland over the lockdown period, allowing more pupils in England to attend:

How did approaches to free school meals differ?

1.7 million pupils in the UK receive free school meals, and this number is likely to rise. During lockdown, there were vastly different approaches supporting the families that use them:

Supporting online learning at home: how did the UK nations compare?

Research shows that the amount of learning taking place at home during the lockdown period varied greatly among regions across all four UK countries.

All UK nations made significant efforts to provide digital devices to pupils from poorer backgrounds. However, there were stark differences in the speed of delivery.

Support for pupils with SEND was insufficient across all UK nations, with specialised educational provision required by these pupils often lacking:

Early years and childcare providers, who rely on a mix of private and public funding, have been under significant pressure across the UK:

“This research reveals just how different the approaches of UK nations were to supporting children’s education during the height of the pandemic. While England, Scotland, Wales and Northern Ireland all faced common challenges in during lockdown, each saw varying levels of success in tackling them.”

“Wales led the way with providing IT and online learning to pupils at home, while England was most successful at keeping schools open. However, we also saw on many occasions – such as with free school meals in England – that education policies were badly delivered, and were often marred by poor communication and guidance.”

“The UK government and devolved nations must quicky learn the lessons from the lockdown period this year, so that they don’t repeat these mistakes in the months ahead.”

“While the period of school closures this year presented immense challenges, governments should have done far better in delivering policies to support children’s education. All too often, education policies during the lockdown period were poorly implemented and hampered by delays.”

“Whether it’s rolling out equipment for home learning or offering financial support to disadvantaged families, the most successful policies were those that relied on existing infrastructure and expertise, rather than hastily-created, unproven delivery models. Devolution also played an important role, given that support delivered at a local level in close partnership with schools seems to have been more effective.”

“The education systems of all four UK nations will be tested once again over the next few months. Given that pupils will have already lost teaching time this year, we cannot afford any more costly policy errors. Governments must follow the evidence on what is proven to work.”

“This report makes for interesting reading; as I’ve said before, there was no guide left on how to run an education system during a pandemic.

“Clearly there is plenty of room for improvement for all governments across the UK. That is why it is so helpful to have evidence collated like this – devolution means we are all able to learn from each other to deliver for our citizens.

“Ensuring that no child or family was left behind as a result of this crisis remains a key priority for the Welsh Government, so it particularly encouraging to see the EPI highlight our work in response to providing free school meals and supporting online learning.”

“It is clear that the pandemic has severely affected the education of a generation of children, and that disadvantaged children are likely to have been disproportionately affected.

“By tracking education policy responses across the UK throughout the COVID-19 crisis, this report provides a vital resource to help policy makers understand cross-national differences in the scale of learning loss and to make stronger plans to mitigate the effects of future school closures.”

Featured Voices
An island enveloped by artful storms, a product of detritus, pilgrims

Featured Voices
For a successful apprenticeship, a number of people may need to be inv 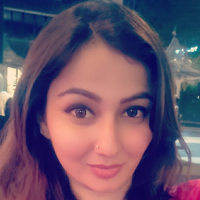