Salford City College held their Annual Apprenticeship Awards last week, a celebration of their apprentice talent and the incredible employer partnerships they have across the city. And quite suitably, the event took place during National Apprenticeship Week.

‘Tonight, thanks to Salford City College I received an award which genuinely took my breath away.’ These were the words of the Outstanding Contribution Awardee, Roy Cavanagh MBE.

Roy, who has developed a national reputation in construction and apprenticeship training, and who has been responsible for supporting and developing the skills of over 3000 apprentices in his 51 years at Seddon Construction, was honoured by the Chief Executive of Salford City Council, Jim Taylor, on the night.

Jim said: “It is Roy’s passion for Salford which is reason why he is receiving this award. For a number of years, he has supported this organisation, Salford City College, and many others in Salford, sharing ideas, advice and experience.

“Roy finds solutions, he links people up and he makes things happen. More often than not, those ‘things’ result in the people of Salford benefitting. Be that an apprenticeship opportunity, a work experience placement, an interview or introduction.”

But Roy was not the only one honoured at the event. In fact, it was the college’s apprentices that were the real stars of the evening.

Head of Apprenticeship & Business Development at Salford City College, and host for the night, Allan Milne, said in his introductions: “Tonight we’ll be celebrating the talent, accomplishments, enthusiasm and dedication of our own apprentices. This is the most important part of the evening - we are celebrating the best of the best.”

The college offer apprenticeships in a variety of sectors, all in occupational areas of growth within Greater Manchester.

Allan continued: “Each sector we deliver apprenticeships in will have its own Apprentice of the Year Award, which is credit to the high calibre of talent we have across each and every area.”

There were nine apprentice sector categories recognised in total including catering and hospitality, childcare and business and professional.

Kate Herbert, winner of the Creative and Digital Apprentice of the Year Award shared a few words on the night: “I still can’t believe that I was chosen. It feels strange to be rewarded for showing up to work every day and just doing my job. But, it’s great to know that I must be doing something right!

“You could tell that the other apprentices were really proud of being selected for their awards too, just by the looks on their faces as they went up onto the stage – it was an absolute honour.”

Kate was one of 18 winners to take to the stage on the night, which included seven employer category winners.

But, the real champion of the night was Overall Apprentice of the Year, Heather Beardall.

The grand finale saw Heather, an apprentice with Morson Group, awarded the highest accolade of the event. Judges whittled down all of the apprentice sector winners to just one person, with Heather walking away triumphant.

Allan made the final announcement stating: “This apprentice has been said to reflect her company’s core values. She shows great integrity, she always delivers on her promises, she has great ideas and takes every opportunity to better herself without refusing a challenge.”

On top of the awards, guests and nominees were treated to a performance from Pendleton Sixth Form College’s Consort of Voices - their flagship choir. The choir, made up of around ten Pendleton Performing Arts students, perform regularly, with a full season of concerts and shows throughout the year.

Guests were also welcomed to FutureSkills at MediaCityUK, where the event took place, by the beautiful voice of Kitty Davies, one of their creative music students.

Special guests on the night also included the elected City Mayor of Salford, Paul Dennett, who spoke about the current economic climate within Salford and his hopes for industry and education to combine.

Laura Edwards, an apprentice, nominee and also the Walkden South candidate for Labour, spoke at the event about her apprenticeship journey, offering inspiration for apprentices and employers alike.

She said: “Thanks to my apprenticeship, I'm now excited about education.”

As a whole, National Apprenticeship Week is a joyous occasion for Salford City College. Like other providers up and down the county it is their opportunity to celebrate all that apprenticeships can offer both individuals and businesses alike.

Katya has published a new article: Enago Partners Up with Flowcite to Streamline Scientific Editing and Publishing 2 days ago 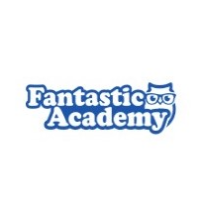