Virgin Money CEO discusses breaking the mould and being yourself at Royal Holloway, University of London’s Fawcett Lecture

This year’s Fawcett Lecture, named after Dame Millicent Fawcett, comes at an apt time with the centenary of the right for women to vote and worldwide discussion on gender pay gaps and equality for women in the workplace.

Jayne-Anne will discuss these issues and more in conversation with Professor Katie Normington, Royal Holloway’s Senior Vice Principal, during the event, ‘Break the mould; be yourself’.

Jayne-Anne, an alumna of Royal Holloway, has written powerfully about how being herself in a clique of old-boy culture has led not only to personal success, but change in an establishment known for tradition.

Jayne-Anne will reveal how using her own experiences as an often lone female and known ‘troublemaker’, has enabled her to empower others to develop, and have confidence in their passions, and personalities. She will share her view that, regardless of gender, background or race our most powerful asset is ourselves; our passions, values, experiences and individuality.

Jayne-Anne has broken the mould by refusing to be anything other than herself. In doing so she is a role model for anyone excited by making business better by being true to themselves.  This theme resonates with Royal Holloway’s own motto, Esse quam videri, which means 'to be rather than to seem (to be)'.

“In the year where we celebrate the centenary of the right for women to vote, the government’s Women in Finance champion, Jayne-Anne is perfectly placed to talk about her own professional experiences in an industry traditionally regarded as male-dominated.

“The event is free to all and anyone wishing to come along should book a ticket. The evening should prove to be very insightful.”

“I’m very excited to be speaking at Royal Holloway University’s Fawcett Lecture, especially during such an important year celebrating women’s voting rights and with a global audience ready to seriously listen about issues such as gender pay gaps and equality in the workplace.

“My own experience has taught me that the culture in an organisation is important and that each of us has the power to change it. Now is the time to celebrate where we have got things right and to change if it’s not working for all.

“I hope that in this discussion, we focus on how people, regardless of gender, background or race, are our most powerful asset. That what is important, ultimately, is to be true to yourself; your passions, values, experiences and individuality.”

The talk will be held at Beveridge Hall, University of London, Senate House, Malet Street, London.

The university was founded by two social reformers who pioneered the ideal of education and knowledge for all who could benefit. Their vision lives on today. As one of the UK’s leading research-intensive universities we are home to some of the world’s foremost authorities in the sciences, arts, business, economics and law. We are strengthened by diversity, and welcome students and academics who travel from all over the world to study and work here, ensuring an international and multi-cultural perspective within a close knit and historic campus.

About Jayne-Anne Gadhia: CEO of Virgin Money, and a Chartered Accountant, she spent six years at Norwich Union (now Aviva) before becoming one of the founders of Virgin Direct in 1995. In 1998 she set up the Virgin One account which was acquired by the Royal Bank of Scotland in 2001. After five years at RBS as part of the Retail Executive Committee, she returned to Virgin as the CEO of Virgin Money. In 2012 Virgin Money acquired Northern Rock and, in 2014, successfully listed on the London Stock Exchange. A vocal supporter of businesses responsibility to make a positive contribution to society Jayne Anne is a trustee of Business in the Community. In November 2016 Jayne-Anne was announced as the government’s Women in Finance Champion.

About Virgin Money: Virgin Money offers savings, mortgages, credit cards, current accounts, currency services, pensions, investments and protection products to customers across the UK. Virgin Money's business ambition is to make "everyone better off" - this philosophy underpins our approach to business by offering good value to customers, treating employees well, making a positive contribution to society and delivering a profit to shareholders. More than 13,900 charities have registered with Virgin Money Giving and, by the end of 2017, over £600 million had been donated to charities through the service since its launch in 2009, resulting in an estimated £19 million more donated to charities because of its not-for-profit model. 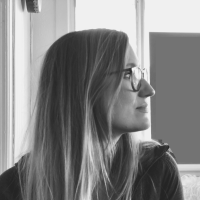 Michelle Gillam has published a new article: A Positive Experience of Studying while Working Full-Time 8 hours 48 minutes ago

Coleg Cambria News has published a new article: Apprentice Ceris is engineering an exciting career in Gwynedd 9 hours 3 minutes ago