Government must reinstate Section 40 to protect employees against harassment

by CBI (Confederation of British Industry)

The Government should reinstate Section 40 of the Equalities Act 2010 to protect employees against harassment by third parties, the CBI’s Director-General says.

“It’s deplorable that some people in our society, most often women, are sexually harassed at work. This is not just a business problem. In the past year we’ve heard about it from Hollywood to Westminster. When it’s exposed, most men in business are as angry as most women. We must stamp out sexual harassment in all places of work.

“What made the Presidents Club scandal so pernicious was that women were most at risk not from the company that hired them but from third parties - in this case, customers.

“Most employers believe they have a duty of care to protect staff from harassment by outsiders. But there is a small minority who don’t understand their full responsibilities. Many workers aren’t sure if they’re protected or how to enforce their rights. Before it was repealed, Section 40 of the Equalities Act made it clear that employers could be held accountable for third-party harassment.

“There’s a mistaken impression that the business community is against reinstating Section 40. This is not the case. Firms understand they are responsible and can be held accountable by their employees for harassment from third parties. This change in the law won’t prevent all cases of harassment. But if it prevents some, encourages victims to speak out and improves enforcement, then it’s worth it.”

On pay and progression, Carolyn says:

“A major barrier to women in the workplace is pay and progression. We know that companies at the top of the leader board for gender diversity are more likely to outperform their rivals.

“Yet visit the boardrooms of the biggest 350 companies on the London Stock Exchange and you’ll find men outnumbering women 20 to 1. You’ll meet only 15 female CEOs.

“Progress is being made. This year, 28.7% of FTSE 100 board positions are held by women and the number of women on FTSE 350 senior management teams has increased to 25.2%. Three in four global businesses now have at least one woman on their senior management team. But we all need things to go much faster.

“In so many ways, 2018 is a great time to be a woman in work, probably the best we’ve seen. Gender pay gap reporting is giving firms the evidence they need to do things differently. We’re seeing progress on pay and women taking on senior roles. Sexual harassment is being exposed and confronted.

“But we need to go further and faster. Every firm must have a plan for increasing female representation and pay at work. Every firm must take a stand against sexual harassment. And the Government must listen to the calls we’ve made to reinstate Section 40 so that women can look forward to even better and fairer futures in the workplace.”

Sector News
95% of UK employees are neglecting microbreaks when working from home, 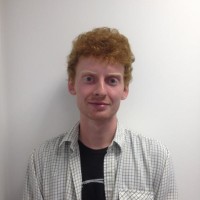 Matthew Foster has published a new article: Working from home is impacting our mental health 4 minutes ago

Stefan Drew had a status update on Twitter 25 minutes ago