Ahead of #InternationalWomensDay #IWD2020 @VodafoneUK has announced #ChangeTheFace, a new industry-wide initiative calling on technology leaders to join and make a pledge to increase diversity and equality in the sector.

A global survey of 8,000 respondents including 1,000 people from the UK highlights the need for change across the industry*:

The #ChangeTheFace initiative aims to build a community of individuals and organisations who can be a force for positive change within the industry. Nokia and Ericsson are the first to join Vodafone in making their pledges.

“At Vodafone we are committed to being the best employer for women by 2025 and as part of this we are calling on the industry and suppliers that we work with to act now to bring more diversity to their organisations. By reducing stereotypes and encouraging everyone to think about the different faces of our organisations, we can really start to make progress.  I’m proud to say that we now have a 50:50 gender-balanced UK board and will continue to prioritise inclusivity across every part of the business”.

By signing up at www.change-the-face.com, businesses can make their own pledge to address inequalities and eradicate bias and discrimination in the sector. Today’s launch will kick-start an ongoing programme of activity, including an inaugural industry-wide #ChangeTheFace Awards in 2021, to recognise champions of inclusion.

“#ChangeTheFace is Vodafone’s commitment to improving our diversity and inclusion at Vodafone,” said Nick Read, CEO of Vodafone Group Plc. “We are urging the technology industry to act now so we build a digital future that reflects society and works for everyone.”

#ChangeTheFace builds on Vodafone’s work to increase equality and inclusion for customers, colleagues, communities and co-partners over the last decade.  This has been recognised in the UK through inclusion in The Times Top 50 Employers for Women list three years in a row and the winning of the Top Overall Employer award by workingmums.co.uk in 2019. Earlier this year Vodafone was also named one of the most inclusive employers in the UK by equality charity Stonewall in its Top 100 Employers list for 2020.

Further commitments launched today include a revised version of Vodafone’s Future Jobs Finder and several initiatives designed to boost diversity and inclusion in its supply chain. The updated Future Jobs Finder, an online tool which looks to help match people with digital jobs aims to address the declining numbers of women entering technology roles and encourage broader audiences to explore careers in the sector***.

In addition, Vodafone aims to increase diversity and inclusion within its supply chain by:

Vodafone is committed to expanding its work with #ChangeTheFace to ensure that the technology industry represents society, and to create an inclusive digital future for everyone.

Women in technology at Vodafone

In February 2019 Vodafone UK exceeded its initial target of 30% of females in senior leadership positions ahead of its 2020 goal, and have introduced a further target to reach 45% senior female representation by 2030.

Vodafone has placed specific focus on increasing the proportion of women in technology roles, particularly within senior roles. Initiatives such as ensuring that female candidates are included in interview shortlists and setting internal targets have helped increase the proportion of females working in technology. Vodafone also uses a debiasing toolkit for job descriptions which aims to guide recruiters and hiring managers when writing job descriptions to remove unconscious bias from the language.

Through our Women in Technology network, we are working to better support women in technology roles. This now has more than 1,300 members and holds quarterly webinars and local face-to-face meetings. Programmes such as #Codelikeagirl, and our work with schools and universities to promote women in technology, underpin our wider strategy to have a positive impact on women taking up technology careers.

We also have a global aim to hire 1000 female returners back into the workplace through our ReConnect programme by the end of 2020.

About the Future Jobs Finder: Vodafone has worked with specialist psychologists, careers advisers and training providers to develop a smartphone-based service - called the Future Jobs Finder - that offers people a gateway to new skills and opportunities for employment in the digital economy.

The first step in the Future Jobs Finder is a series of quick psychometric tests designed to identify each individual’s aptitudes, and interests and then map these to the most appropriate job category in the digital economy. In the second step, the individual is directed to specific job opportunities in their chosen location, including opportunities with Vodafone. Users can also access relevant online digital skills training providers, with many of these courses available for free. On completing the tests, users also receive a summary of their skills and interests that can be used on their C.V. or in a job application.

About WEConnect International: WEConnect International is a global network that connects women-owned businesses to qualified corporate buyers so they can grow their businesses. Their mission is simple: a world in which women have the same opportunity as men to design and implement business solutions that create wealth and ensure the sustainable prosperity of their communities.

Ericsson’s pledge: Ericsson strives towards true inclusion, treasuring diversity to build a new network of innovators. From community outreach to platforming a variety of role models in our teams, we create diversity and inclusion in everything we do. We remain committed to creating a space for everyone to bring their unique perspective. We represent 167 nationalities across the company and 30% of our executive population are women, because we understand that it’s all of our responsibility to inspire and support the next generation of thinkers.

Nokia’s pledge: To continue to break the glass ceiling and ensure our people, our customers and all our stakeholders benefit from gender balance at Nokia, we continue to fight for inclusive organizational cultures that do not disadvantage women, for gender neutrality in all roles across technology careers, and for leadership which endorses both women and men in unbiased ways. As part of this commitment, Nokia eradicated unexplained gender pay gaps across its workforce and is committed to keeping them closed.

**“Women in the Digital Age” study by the European Commission (2018)

***The share of women in the digital sector is decreasing: women make up 13% of the graduates in ICT-related fields working in digital jobs compared to 15% in 2011 - “Women in the Digital Age” study by the European Commission (2018).

FE News: The Future of Education News Channel had a status update on Twitter 25 minutes ago

RT @KateMoloughney: Great to read @DeeAylettSmith in @FENews discussing how @worldskillsuk is continuing to support young people during the…
View Original Tweet 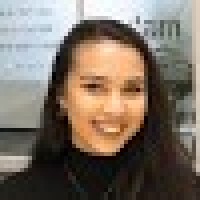 Sarah Fleming has published a new article: The future of remote apprenticeships: Top trends for 2021 5 hours 56 minutes ago