Innovation and entrepreneurship can cut waste and deliver the circular economy

My five year old daughter asked me recently if she could take a bag and her gardening gloves to school.

I said yes, of course – but why? She replied that at recess, she had started collecting the garbage in her school yard and there was too much to carry in her hands – hence the need for a bag.

Initially, I was filled with pride that this little person who I can barely get out of the door on time in the morning had not only absorbed my constant nagging about the importance of protecting our environment – but that she had truly understood and taken matters into her own hands.

An activist at five years old.

However, after hearing Greta Thunberg’s powerful words during the UN Climate Summit, I suddenly felt conflicted.

Should I feel proud, or rather ashamed at the world we’ve created, in which a five year old child is spending time she should be playing with friends, picking up garbage? 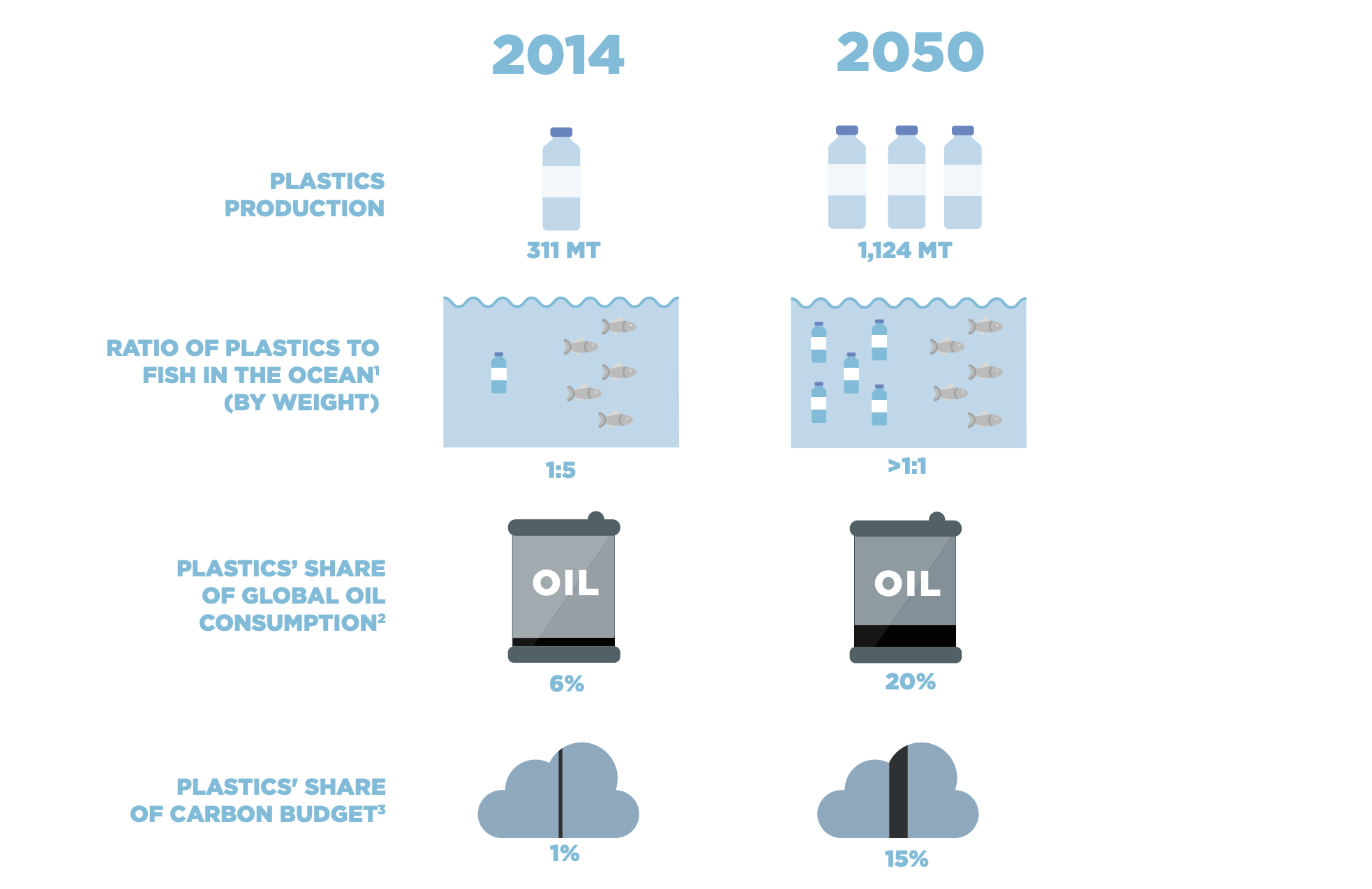 It’s time for a system reboot

The trends are clear. We have moved towards an economy of disposability where the valuable resources we extract are going to waste and causing harm to people and planet. The challenges presented by single-use plastics are now well known, with an estimated truckload being dumped into the ocean every minute; about 25% of food made for human consumption goes to waste; and over the past 15 years, clothing production has doubled, yet consumers wear their clothes for half as long, to highlight just a few examples.

The extraction and processing of the natural resources that flow quickly through our economies contributes to half of global greenhouse gas emissions. At the same time, the embedded value of these resources is immense. An estimated $62.5 billion annually is locked up in e-waste in the form of gold, platinum and other valuable materials – that’s three times more than the annual output of the world’s silver mines and more than the GDP of most countries.

Entrepreneurs and innovators are stepping up to the challenge

The good news is that a wave of entrepreneurs and innovators are starting to take notice. The Bitz and Prezel innovation festival – convened by founders for founders – opened with a powerful and compelling focus on the need for “impact” driven innovation to help achieve the Sustainable Development Goals. The combination of entrepreneurial passion and energy with emerging technologies from the Fourth Industrial Revolution, are starting to generate incredible outcomes.

FE Video
@accesstraining is pleased to announce that it has, for a third consec

Entrepreneurs like Karma are finding creative ways to connect food excess from shops and restaurants with willing buyers. Captured in our report focused on Fourth Industrial Revolution technology for the circular economy, other examples include companies like Circularise, which is developing a blockchain‑based communication protocol that provides value chain transparency; Plataforma Verde in Brazil, which is working with Sao Paolo’s municipal government to create a digitally-powered waste collection system that traces materials and ensures proper disposal; or AmpRobotics, which is transforming the economics of recycling through artificial intelligence and robotics.

Surfacing, supporting and connecting circular entrepreneurs around the world

These are just a few examples of how technology is being applied to positively disrupt our linear economy. The visible tip of the iceberg.

Similar examples can be found from South Africa to Chile, Colombia, the UAE, India and beyond, with local innovators devising impressive ground-up solutions and innovations. The question now is how we can collectively help support and connect innovators around the world to fast-track the circular economy transition. This is why, during this year’s Sustainable Development Impact Summit, the World Economic Forum in collaboration with partners of the Platform for Accelerating the Circular Economy kick-started SCALE 360 – a global partnership which seeks to do just this.

FE Video
The Principles of Public Life: 25 yearsOn the 25th anniversary of the

FE Video
‘I bet your parents weren’t very pleased!’‘What did your mum s

FE Video
@accesstraining is pleased to announce that it has, for a third consec

FE Video
To mark the start of #NationalApprenticeshipWeek, @AXAInsurance is pub