Ian Ferguson knows a thing or two about the Further Education system in the UK. He is the chairman of the Young People’s Learning Committee for the Learning Skills Council as well as on the Board of the Qualifications and Curriculum Authority, the Deputy Chairman of the Apprenticeships Task Force and on the Education and Training Affairs Committee of CBI. In addition to all of this, he was an advisor for the October Tomlinson Report. But what truly makes Ferguson so unique is his perspective. After the release of the White Paper most officials involved in further education were quick to voice their disappointment at the government’s decision not to implement most of the Tomlinson report. Ferguson would rather talk about what the government’s White Paper will do for the students instead of its shortcomings. His focus is centered on the students and so he refuses to look at what could have been.

“The White Paper over time will make a much more positive environment which is better for the learner.” Ferguson has full confidence in the Learning Skills Council’s ability to implement the changes and thinks because of the White Paper, things will get better. He sees the current system set up for 14 to 19 year olds as one that is good for kids that do well in school but that the vocational aspect is lacking because it is not understood nor is it appreciated. Ferguson thinks much of the White Paper’s proposals will solve the problems and says “It will do two things for vocational learners; give them more choice and more opportunities to do specialized training.”

Another area Ferguson champions is the apprenticeship system. He thinks in the last 3 to 4 years the country has seen a big improvement in vocational learning and apprenticeships but that the new government proposals will make those areas even stronger. He hopes that every learner will be able to make an informed choice about where to take their future.

Even with all this praise of the White Paper, Ferguson does not mince words when he talks about the Tomlinson report. “I don”t know why the government did not embrace Tomlinson. I think it was a missed opportunity and I am disappointed.” He thinks the change in secretary of state made a big difference in the decision not to implement much of the Tomlinson report. He also thinks the report was not as radical as many had made it out to be, nor would it have been difficult to implement.

Although he is not shy about his opinion on this topic, Ferguson is quick to point out that the White Paper does embrace most of the objectives of the Tomlinson report. He is particularly happy about the vocational diploma system and the variety of choice the White Paper proposes. 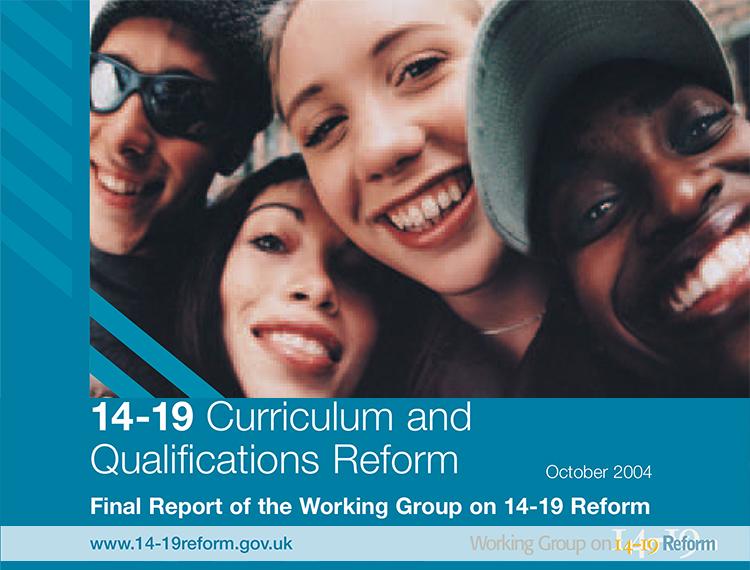 The aim is high and the goals are many but can newly appointed Education Secretary Ruth Kelly deliver on her promises? Even before the Government’s…

For what has been described as the “Cinderella service” of education, the Further Education sector is set for an interesting ride over the next few…

“ Wednesday, February 23rd sees the release of the Government White Paper based on the recommendations made by the October 18th Tomlinson Report. The lengthy…

“ The Trades Union Congress (TUC) has responded to the new skills white paper published earlier this spring. TUC has welcomed many of the suggestions…

“ Today, across the nation, thousands of young people were finally closing the chapter on their A Level studies standing before a notice board or…