The British Army’s basic skills initiative has been endorsed by the Skills for Life Strategy Unit and the National Skills Envoy as a model for other employers.

The initiative focussed on raising basic literacy, numeracy and language skills of its personnel to meet the standards outlined in the recent Leitch report. The Leitch report calls for there to be a standard whereby 95% of all adults within the United Kingdom achieve functional literacy and numeracy by 2020. The current statistic states that only 1 in 5 adults in the UK are functionally literate.

The results of the report show that Army employees are now achieving a rate of 87% to 95% in national tests, indicating that they are on target to achieve the Leitch standard.

In order to improve the literacy and numeracy of their personnel, the Army worked with the Basic Skills Agency over a five-year period to provide a system that could meet the needs of 100,000 Army personnel within the UK and abroad. The initiative was developed by the Army and funded jointly by the Army and the Department for Education and Skills.

The results of this initiative have been outlined in a report published by The Basic Skills Agency. Skills Minister Phil Hope said of the basic skills initiative: “Good skills are crucial for life and work. The Army has fully recognised this and they are doing excellent work in improving the literacy and numeracy of their recruits. They are an example to all employers of how training can bring about social and economic benefits”.

However, a recent survey published alongside the report by the Basic Skills Agency, revealed that 62% of Army line managers often encountered incidents where poor literacy impeded or prevented soldiers from carrying out the tasks expected of them. The same survey revealed that 59% of line managers had had the same experience with poor numeracy skills.

Of the 12,000 recruits who join the Army each year, 8 ““9% have Entry Level 2 Skills, which means they have only the literacy and numeracy of an average 8 year-old. Up to half of the British Army’s recruits enter training with literacy or numeracy skills at levels at or below those expected of a primary school leaver. This is broadly comparable with the national Skills for Life survey conducted by DfES in October 2003. This incidence of poor basic skills is not distributed evenly across the Service, as some specialisations (such as Infantry or Artillery) set no basic academic or vocational qualifications for recruits.

The Army uses a lower standard of academic testing than other Forces (for example, the Navy or the Royal Marines) called British Army Recruit Battery (BARB), an online touch screen test. This produces a general training indicator and is often used to indicate what trade a recruit would be most suited for through psychometric and technical testing as well as testing general aptitude.

The Army’s current target is for all personnel to reach at least Level 1 literacy and numeracy standards (equivalent to GCSE grades D to G) within three years of joining. In addition, all soldiers seeking promotion to corporal need to have a Level 1 literacy qualification as part of the minimum requirement. Since the joint Army and Basic Skills Agency initiative was introduced, learner enrolment on basic skills programmes has risen year after year. Achievement rates (87-97%) in literacy & numeracy over the 2003 – 2006 period have been impressive and well above the norms for further education with almost 12,300 Level 1 and Level 2 awards being achieved.

Controversially, a report published by the Adult Learning Inspectorate states that the Army has woefully fallen below the targets it has set. The most obvious of these being the lack of support and skills improvement within those members of Army personnel who are foreign nationals and require ESOL (English for Speakers of Other Languages).

There are approximately 9,500 foreign nationals serving in the British Army and the report states that these recruits are not being taught English. No allowance has been made in the common military syllabus for language support, despite the continued intake to the Army of recruits from foreign and Commonwealth countries. The need for this kind of support has been recognised by instructors who give literacy and numeracy support, but the lack of basic English comes to light during weapon handling tests, which recruits have to complete individually and not as part of a platoon.

Brigadier Tony Brister, Director Educational and Training Services (Army) states: “Poor basic skills contribute to poor self-esteem, a failure to cope with demands that others find routine, frustrated career aspirations and, along with other factors, contribute to too many individuals leaving the Service prematurely. This represents a poor return on our investment”.

David Sherlock, chief inspector of adult learning, said: “Two years ago, the Ministry of Defence and Armed Services had to face up to some harsh truths. We have witnessed a genuine and enthusiastic commitment to change. Marked and continuing improvement is the overall verdict, but with still more to achieve”.

In a measured reaction to the Tomlinson report, the national development organization for literacy, numeracy and related basic skills welcomed the emphasis on basic skills,…

For those that might have missed it, the Department of Business, Innovation and Skills (BIS) have just published a report on new research about the impact of…

Major Anthony Liddell, of the army’s recruitment group, has spoken about the growing partnership between the armed forces and Further Education colleges across the country.…

“A career in the Army ““ College can help!West Cheshire College have signed up to be a partner in the Army’s new Further Education Bursary… 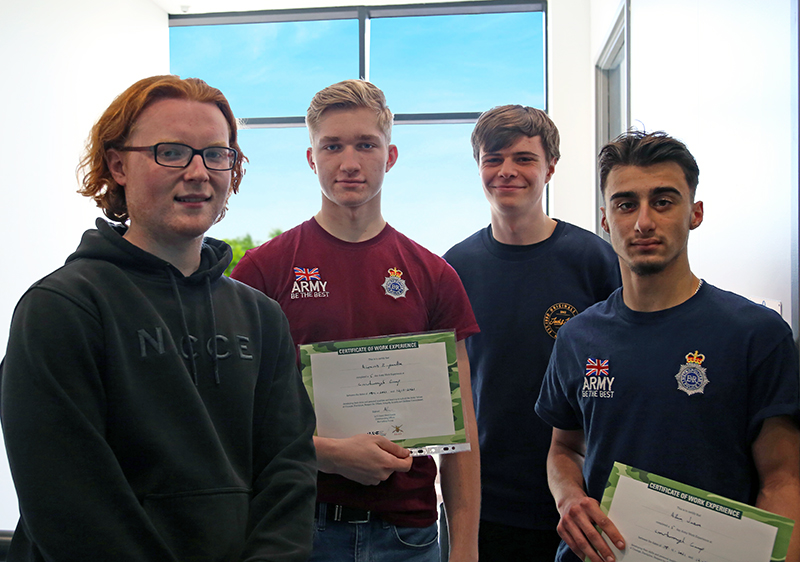