Over 23,000 employers have responded to a Learning and Skills Council (LSC) campaign aimed at increasing the number businesses employing apprenticeships. More than 16,000 leads have resulted from the responses to date. “An increase in the number of employers introducing apprenticeships to drive productivity through skills is positive news not just for businesses and England’s economy but of young people seeking vocational career paths,” said Stephen Gardner, the LSC’s Director of Work-Based Learning.

The highest level of employer response came from the construction, manufacturing and retail sectors. Totalled together, they account for more than 50 percent of the total responses. Responses for the health and social care sectors also increased. A strong employer response came from the North East and the vast majority of businesses involved are small to medium sized.

The business benefits of apprenticeships are widely known by the 130,000 organisations currently using them. For example, at BT, which employs approximately 600 apprentices, recent figures show a 1.5 percent increase in the quality of work by apprenticeship engineers compared to non-apprenticeship. Jim Wilson, head of BT’s Retail Training Programme had this to say: “Apprenticeships benefit BT by bringing in a young, diverse and enthusiastic workforce. New people re-invigorate the existing workforce and can provide the senior managers of the future.”

Gardner also pointed out that some sectors are looking beyond their work-related spectrum for apprentices. For example, in the health care sector, while many employers are interested in health related apprenticeships, some are also looking into offering apprenticeships in customer service, business administration, community relations and hospitality. “Our campaign is an important part of the changing business perception,” said Gardner.

Although apprenticeships are on the rise, the majority of parents, students and employers still prefer an educational route such as GSCEs. A report published by LSC last autumn found that only one out of 10 young people will pursue apprenticeship schemes.

“ Apprenticeships are at the forefront of the Government’s declared policy for improving the nation’s skills. In the first of a two part series, FE…

“ Responding to the recent figures from the Learning and Skills Council (LSC) indicating that Apprenticeships are more successful than ever, spokespeople from both the… 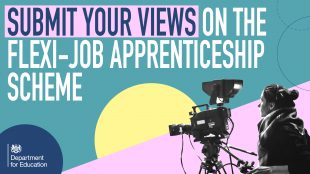