Minister with responsibility for Employment and Learning, Barry Gardiner, MP, today welcomed the official launch of the procurement phase of a project that will provide new city centre accommodation for the Belfast Institute of Further and Higher Education (BIFHE), under the Government’s Public Private Partnerships (PPP’s).

The Institute, supported by the Department for Employment and Learning and the Strategic Investment Board, has advertised in the Official Journal of the European Union (OJEU Notice) for a consortium to design, construct, finance and facilities manage a new single site campus to replace the Institute’s existing campuses at Brunswick Street and College Square East. These campuses are considered no longer to meet the requirements for the delivery of the modern day curriculum.

Referring to other PPP projects in the pipeline, Barry Gardiner said: “Not only has BIFHE already got a PPP project at Millfield, but there are other PPP projects either in service, in construction or in the procurement phase at the North West Institute, East Tyrone, Omagh, East Down and Lisburn colleges.”

Under a Public Private Partnership, the private sector takes responsibility for the design, funding, construction and operation of the facility, with the public sector, in this case the Belfast Institute, paying a service charge for the use of the accommodation.

As part of the proposal, the campuses at College Sq East and Brunswick St will be disposed of on the open market, with the proceeds being used to offset the costs of providing the new accommodation. College Square East opened as the Municipal Technical Institute for Belfast in 1906, Brunswick St opened as the College of Business Studies in 1960 and with the Rupert Stanley College, they came together to form the Belfast Institute of Further and Higher Education in 1991. In 2003-2004, the Institute had a total 39,673 enrolments, making it one of the largest providers of education in these islands.

While the priority for the Institute is teaching accommodation, they are prepared to consider becoming part of a larger mixed use development involving retail and commercial accommodation, if this provides a better value for money solution.

The Minister paid tribute to the important role of further education and added: “Every child, young person and adult must have the opportunity to develop to his or her full potential and to gain the skills that are necessary if the Northern Ireland economy is to continue to grow and develop. The further education sector, with over 200,000 enrolments, including 120,000 vocational courses and 80,000 learners every year, has a key role to play in releasing the potential of those learners who attend college.”

In closing, the Minister said: “I will watch, with great interest, the progress and development of the project – from the procurement phase to the signing of the contract and I look forward to the new accommodation being available to the staff and students in due course.”

“Northern Ireland’s 16 further education colleges are to merge into six area based groups according to Sir Reg Empey, the Minister for Employment and Learning.… 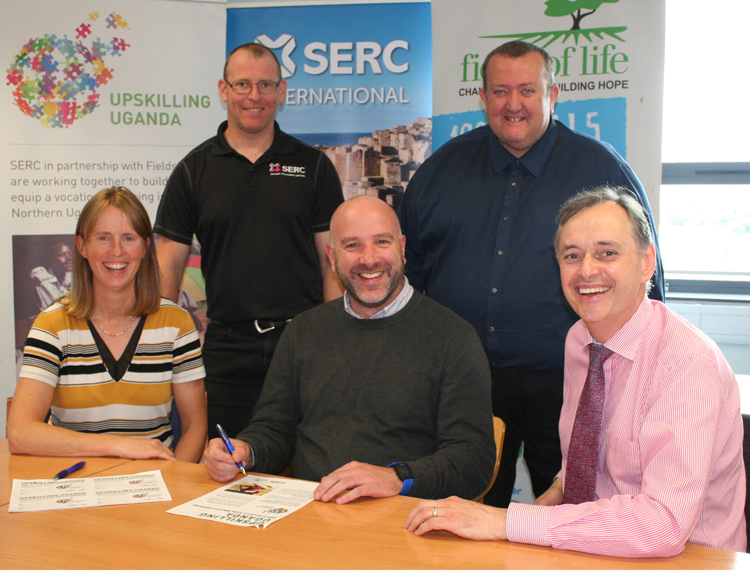