Far from solving the crisis, Boris Johnson’s recent promises to “level up” funding will not get to the heart of the crisis in school funding. Going further, he promised “no winners or losers” in his Spending Review pledge – but the new School Cuts analysis paints a very different picture. The majority of schools will still lose out.

New figures, released today by the School Cuts coalition, reveal that four in five of England’s schools will be worse off next year than they were in 2015.

Despite additional funding announced by the government in August, our analysis shows that over 80% of schools – around 16,000 – will still have less money per pupil in 2020 in real terms than they did when the cuts began to bite in 2015.

After relentless campaigning by head teachers, school staff and parents, the government finally accepted that schools have suffered billions in funding cuts. Prime Minister Boris Johnson promised school funding would be “levelled up across the entire country” and that there would be “no winners or losers”.

This is not the case.

The School Cuts coalition is calling on the government to honour its promise to give schools the funding they need and to reverse in full the cuts made since 2015. The coalition will relaunch its website with updated school-by-school figures as soon as the Government releases next year’s funding allocations.

“After years of denying that there is a school funding crisis the government has finally done the right thing by investing desperately needed extra money into our beleaguered education system. But analysis by the School Cuts coalition shows the additional funding is not enough to repair the damage that has been done to our schools and colleges and that further investment is required. We are not being churlish, we are just stating the facts. The funding crisis is not over.”

“For years, our heads, teachers and school staff have done all they can to mitigate the impact on children. But the buck stops with the government. Prime Minister Johnson has made lots of empty promises on school funding – but his numbers don’t add up. The latest funding announcement falls well short of settling the shortfall for every child. And crucially it fails to reverse the cuts schools have suffered since 2015. It’s unthinkable that our schools have to go on like this – losing support staff, shedding subjects and cutting back on basic maintenance just to balance the books. We are calling on the Prime Minister to put the money where his mouth is and end the funding crisis in education once and for all.”

“We’ve won the argument that only new money from the Treasury can solve the school funding crisis. The question now is: how much is enough? The additional funding announced by the government is very welcome and will go some way to restoring the real-terms cuts we’ve seen since 2010. But there are gaps. Early years, SEND and sixth form education are all short. And schools won’t receive a penny until next year. In the meantime, they are still at breaking point and struggling to make ends meet.”

“Schools are so cash-starved that staff are buying equipment like pens and stationery with their own money. Valuable teaching assistants are also being axed by schools as they struggle to balance budgets. The government keeps promising resources but schools need money now.”

“School support staff have been greatly affected by schools funding cuts through redundancies and restructuring. Fewer support staff in schools means that teachers are less supported to teach, and children with the most challenging needs don’t get the help they need to thrive. We urgently need to reverse the cuts and begin to rebuild our education system so that every child can thrive.”

“It is now clear that Boris Johnson has failed to keep his pledge to reverse the Tories’ education cuts, let alone matching Labour’s plans to invest in a National Education Service.

“Even worse, it is pupils with special educational need and disabilities, and the schools that serve the most disadvantaged neighbourhoods, that are paying the highest price for the Tories’ broken promises.

“Not only is day to day funding for schools nowhere close to enough to provide the high quality education our children deserve, but cuts to capital funding mean that school buildings are crumbling and new places aren’t being created where they’re needed.

“Labour will invest in an education system that gives every child the best start in life.”

James Cleverly, the Deputy Chair of the Conservative Party, has complained to the UK Statistics Authority about the figures on the School Cuts website.  We… 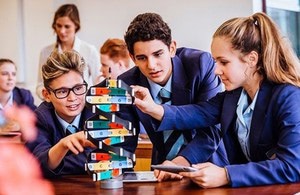 Commenting on the report by the House of Commons Education Committee on school and college funding, Geoff Barton, General Secretary of the Association of School… 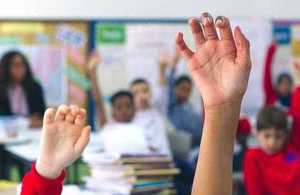