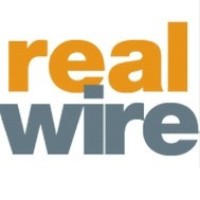 Kozinski, who will take up his post in Hereford on 1 July 2017, has wide experience as an international academic leader and entrepreneur. Most recently he orchestrated the creation of the Lassonde School of Engineering in Toronto, Canada.

“This is perhaps the brightest and the boldest academic start up in recent times in the UK or anywhere else,” said Kozinski.

“The chance to lead this project was impossible to resist. All the ingredients are there to create an engineering education experience designed for the future, not the past or the present.”

David Sheppard, co-project leader and member of the NMiTE Board, said: “Anyone who meets Janusz realises immediately that they are meeting a leader and a visionary. He is a relentless motivator and collaborator who sets his sights on a bold vision, and builds an exceptional team to make that possible. He was our unanimous choice and we can’t wait to have him at the helm.”

Kozinski will be assembling a team of leaders and teachers – from inside and outside the world of engineering – to turn this project from an idea to reality by 2020. “We need the most creative, imaginative and ambitious people, of all genders and backgrounds, who see engineering as a path to making real change in the world.

“We want people from Britain’s engineering and manufacturing businesses with passion and drive to get involved in creating the curriculum and courses. You might be a recent graduate or a have been in practice for many years and you want the chance to rethink how we prepare young engineers for the future, or you might be someone who’s never studied engineering.

“I have a message to all those who are intrigued by this new project… Don’t wait to see what happens. We need your ideas and your energy right now. Please come join us!”

Kozinski stressed: “The first students applying to this university will have been born after the year 2000. They deserve an education designed for them, not for their parents and grandparents. I can promise this will be different from anything we’ve seen before in higher education. So please watch this space.”

A Polish-born Canadian, Kozinski has been Founding Dean of the Lassonde School of Engineering at York University in Toronto, Canada. This $250-million academic start up created a new concept of engineering education with a broad ‘Renaissance’ curriculum including humanities, law and business, a ‘flipped classroom’ model of teaching without lectures, and a commitment to become the first engineering school in Canada to achieve a 50:50 gender balance.

Previously he was a leader and scholar at McGill University in Montreal, University of Saskatchewan, and Massachusetts Institute of Technology (MIT). He has also held several visiting professorships including the Institute for Advanced Studies and the Centre National de la Recherche Scientifique (France’s most distinguished research laboratory).

NMiTE aims to open its doors in September 2020 to the first 300 students at a purpose-built city centre campus in Hereford. It intends to be educating more than 5,000 students by 2032. Its new university concept was launched in 2015 with the support of engineers, leading universities, businesspeople and politicians.

Britain has an estimated shortfall of 40,000 engineering graduates, and closing this gap is essential if the country is to have the high-value skills needed for a successful modern economy. NMiTE is being created to help solve this problem with a radical new approach and curriculum that combines the best innovations from leading universities around the world.

The fledgling university is being strongly backed by engineering businesses, the Herefordshire community, the University of Warwick, professional engineering bodies and the UK Government, which recently announced over £8million in initial funding with more to follow shortly.

Executive Appointments
Professor Rothwell, President and Vice-Chancellor of The University of

Executive Appointments
@RoyalStatSoc are pleased to announce the appointment of @StianWestlak

Natasha Christou has published a new article: How to get Children Interested in STEM During Lockdown and Beyond 5 minutes ago

Babington has published a new article: The Biggest COVID-19 Challenge for Apprenticeships Has Been Uncertainty 3 hours 56 minutes ago

Nick Bannister has published a new article: Use a fraction of the bandwidth required for traditional video conferencing and create more engaging lessons for free 4 hours 22 minutes ago