Why today's students aspire to be entrepreneurs, it's not the reason you think!

Details
by National Centre for Entrepreneurship in Education

“SCHOOLS AND UNIVERSITIES MUST DO MORE TO ENCOURAGE ENTREPRENEURSHIP IN POST BREXIT WORLD,” CLAIMS NEW REPORT.

There’s been a surge in interest in entrepreneurial activity among students since Brexit talk began. (64% up in the last three years)

Family and school life can make a real difference in lighting the entrepreneurial spark (it’s not necessarily something you’re born with) but too many exams and too few subjects at school extinguish the flame. (Born with it 24%; can be learned 70%)

Universities are doing all they can to support student entrepreneurs but call on the government to do more at school level.

Going to a school with people from other cultures and nationalities is a benefit to your entrepreneurial outlook when you reach university. (Highly beneficial 64%; overall beneficial 90%)

Less than a fifth of university Heads of Enterprise believe that schools are well supported in developing enterprise and entrepreneurship in young people.

A new report launched today (9 Nov, 2018) suggests that less than a fifth, 18 per cent, of Heads of Enterprise in UK universities believe that schools are sufficiently well supported by funded initiatives designed to develop enterprise and entrepreneurship competence amongst their students.

This is despite the fact that nearly two thirds (64 per cent) believe that an interest in enterprise activity amongst freshers has increased over the past three years.

Exploring the level of support for enterprise and entrepreneurship in schools, the report cites that ninety per cent of HoEs believe that more should be done at school level to develop entrepreneurship competence in students.

Exploring barriers to entrepreneurship in schools, nearly three quarters, 73 per cent, of university HoEs believe that that school pressure to pass exams has a negative impact on entrepreneurship interest amongst students, while 65 per cent feel the same way regarding a narrowing of subject choices. Nearly a half, 47 per cent also cite budget cuts reducing arts provision and 44 per cent, a lack of digital teaching skills amongst staff as having a negative impact.

Nearly two thirds also believe that exposure to different nationalities and cultures while at school is highly beneficial to students’ entrepreneurial outlook when they arrive at university.

Considering a range of factors that might have a positive impact on entrepreneurial interest amongst school students, social media came top with 87 per cent of HoEs.  This was followed by crowd-funding sites and TV programmes, such as Dragon’s Den and The Apprentice, both with 66 per cent; and e commerce, 45 per cent.

Bottom of the list of factors having a positive impact were a lack of experience of failure, 18 per cent; British newspapers, 14 per cent; and Brexit, 13 per cent.

Two thirds, 66 per cent, of university HoEs also believe that evidence of entrepreneurial skills should become a more influential factor in a university application.

“The next generation of school children is if anything more powerfully determined than millennials to do things differently. They see entrepreneurship as a way to have independence and control in their careers and make the world a better place.

As such it’s vital that schools develop activities which create a springboard for students to explore and advance their entrepreneurial skills and ambitions at university and beyond.”

However, well over a half of HoEs believe their university has a less explicit entrepreneurship strategy today than it did five years ago (57 per cent today compared to 32 per cent in 2012).

Seven in ten HoEs believe that university support for enterprise in their local schools and communities has fallen over the same period (73 per cent to 44 per cent).

Those offering staff funds for CPD in enterprise has dropped from 79 per cent in 2012 to just forty per cent  today, although there have been improvements in support for creating new ventures and start-ups.

Considering drivers behind students’ enterprise and entrepreneurship ambitions, 61 per cent of HoEs cite a drive to make money; sixty per cent to achieve independence; and 53 per cent for environmental reasons such as reducing pollution and waste.

The research was a joint collaboration between ACS International Schools and the National Centre for Entrepreneurship in Education (NCEE), and the fieldwork was undertaken in April and May 2018, by online questionnaire amongst a sample of 62 Heads of Enterprise in universities across:

Sector News
At Ufi (@UfiTrust), we welcome the plans outlined in the long-awaited

Oldham College has published a new article: ‘SKILLS FOR JOBS’ PLANS TO MAKE OLDHAM COLLEGE THE BEST PLACE TO LEARN 19 minutes ago 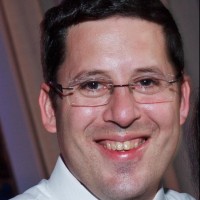 Marc Duke has published a new article: Softwire wins two DfE Teaching Recruitment Projects worth up to £6m 50 minutes ago