Further and Higher education representatives, along with delegates from the Learning Skills Council (LSC) and invited guests gathered on Monday evening for the annual City & Guilds top vocational awards.

More than 450 guests attended this years prestigious Lions Awards, formerly known as the UK Awards, to celebrate the country’s seven leading stars. Author, restaurateur and celebrity chef Gary Rhodes presided over the “Oscars” style ceremony which was held at The Brewery, London.

City & Guilds is the UK’s leading awarding body for work-related qualifications and has been awarding medals annually since 1879. Each year it selects around 100 people from over three quarters of a million eligible candidates to confer Medals for Excellence upon.

These decorations reward the talented people who have displayed exceptional standards as a lecturer, learner or external verifier with City & Guilds, and whose portfolio and achievement stand out from the crowd. Of these, only eight are presented with Lion Awards in recognition of the extra mile that the best of the best have gone to in completing their qualifications.

And the winner is”¦

Among the winners was 26-year-old Hazel Foreman, who was awarded the creative Craftsperson of the Year prize for her work in painting restoration and conservation. No stranger to attention, Foreman has previously appeared on the BBC’s “People behind the Palaces”. This popular program gave viewers an insight in to the life of a conservator, detailing the role and the challenges a modern day conservator could well expect to face.

Coupled with her specialised City & Guilds qualification, this helped Foreman achieve the position of Head of Care and Preservation for the English Heritage and the Southern Museums. The achievement is that much more notable when you take into account her youth, being aged 25.

Another winner from the evening has Karley Brown, who joined Hazel Foreman and the six other recipients within the illustrious ranks of Lion Award winners. Brown won this year’s Employee Learner of the Year, and was the youngest Lion Award winner of 2006. Having spent the previous 18 months as an apprentice, Brown showcased her talents to the UK when she entered a national saddlery competition in 2005, winning five prizes and two trophies. Not only did Brown win the apprentice classes, but she also beat a number of established Master Saddlers.

When asked to comment on the nights proceedings Gary Rhodes almost gushed with pride, saying: “All of these incredible people have either carried on with their studies or helped others reach their true potential, overcoming all manner of difficulties to triumph in their crafts. I would like to congratulate each and every one of them and wish them every success for the future.”

Wake up to the new FE day with FE News!

On Wednesday 5 June, City & Guilds hosted its annual Lion Awards. Each year, this ceremony celebrates exceptional vocational achievers. It is a culmination of… 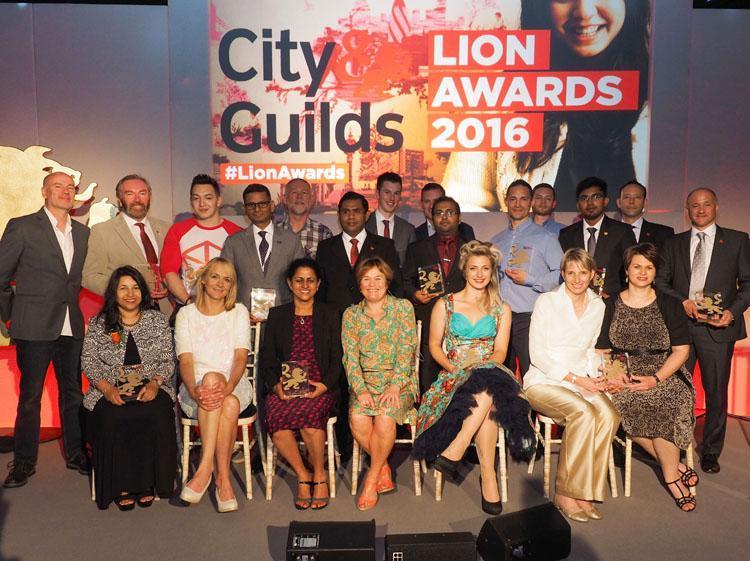 Learners and tutors from across the World have been honoured for their outstanding achievements in professional and technical education at The Lion Awards, a prestigious…

“ City and Guilds have welcomed another collaborative project announced by the Sector Skills Council (SSC) for hospitality, leisure, travel and tourism. The Hospitality Awarding…

Last Saturday I attended the annual City & Guilds Senior Awards Graduation Ceremony in London. I was fortunate enough be able to meet with and…