June is most definitely the month to celebrate in ERSA-land. Not only do we have national Employability Day looming on 29 June, where employment support organisations the length and breadth of the UK fling open their doors to welcome the great, the good and the merely interested, but we also have the sector’s national awards.

Now awards ceremonies, in my view, can sometimes be a little bit stodgy – a bit worthy, if you know what I mean. We’re not in favour of that at ERSA. Instead, we decided when we started the awards six years ago to throw a party, squarely aimed at shining a spotlight on the very best in class, be that the large or small employer the year, the best innovations of the year or the best service providers. We think we’ve succeeded, so I thought I’d use this column to celebrate a few of them.

First up is Reform Radio, this year’s winner of the Innovation Award. Launched in 2013, Reform has grown a team of DJs, producers and artists who deliver live and on demand digital content around the clock and who provide opportunities for young people to develop confidence and skills. As part of this it works with looked after children and those leaving care, kids in pupil referral units and in touch with probation. What’s not to like in that?

Second up is Genius Within, which is passionate about working with those with hidden disability, including ADHD, autism, dyslexia, Tourette’s Syndrome, mental health issues and conditions such as MS. Genius Within achieves a stunning 50% success rate with its clients, with 90% staying in their role for at least a year and nearly a quarter promoted within that timescale.

Next is Sova, a Birmingham based charity, nominated by the local Youth Offending Team and winner of this year’s Youth Employment Award. Sova has placed employment engagement advisers in youth offending teams and police stations across the city so that young people coming into their orbit can no longer sit under the radar but can be picked up and reconnected to education, training and employment provision.

Also recognised are the jobseekers themselves. This year’s winner is truly inspirational, although all those shortlisted brought tears to many eyes. Tom Sewell wanted to work, but with Down’s Syndrome some would assume his options were limited. However, after volunteering for the Down Syndrome Association’s WorkFit programme, he secured a six week work trial at the National Laboratory Service in Devon.

His colleagues have since admitted how nervous they were about him joining the team. However, Tom’s impact was stunning and he was offered a paid permanent position as a laboratory assistant, where he has thrived.

You might read these and think such examples are great, but maybe not world changing. However, in big enough numbers they do change the world. But the lesson from our winners is that change doesn’t happen by itself. Which takes us onto this week’s national story – the NAO report into Universal Credit.

We all know that the government has put huge store on UC being a game changer, aligning incentives in such a way that jobseekers choose to get into work without needing much or any employment support. However, the NAO’s report is revealing.

First, the DWP now believes UC will get to an additional 200,000 people into work, 100,000 less than its original claim. Still impressive you might believe. However, sadly it’s not clear that UC will deliver even that.

NAO states that the DWP is unable to isolate the impacts of UC from other factors, whilst an initial analysis using the Labour Force Survey across areas with and without UC appears to show no impact of UC on either employment or earnings.

Maybe more startling for those of us in the employment support world are the figures re caseload sizes. As of March, work coaches had an average caseload of 85. However, by 2024/5 this is anticipated to go up a massive 373.

So, all in all, it looks like the employment support sector isn’t going to be out of business anytime soon. We need great case studies, we need transformational change. UC isn’t going to achieve that, but we just might. 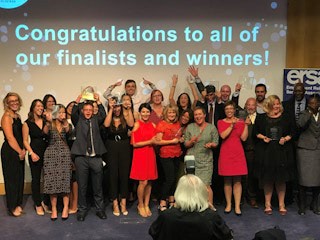 The winners of the 2018 ERSA Employability Awards, sponsored by Clarion Futures, were announced last night at a special evening ceremony in London attended by…

Today, ERSA announced the finalists for the 2018 Employability Awards, sponsored by Clarion Futures, at its AGM in London. The list of finalists includes a wide…

I don’t need to tell you the difference that a ‘thank you’ can make. You’re happy to help a friend to move, but you probably… 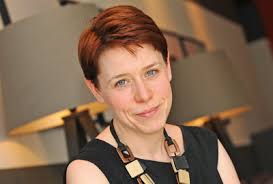 Once a year my chairman sits in front of me and cries. This is not entirely my fault, in case you are wondering, rather the…