Home » Exclusive to FE News » Edexcel director of qualifications and accreditation: ‘Recovery plan must be evaluated’

‘Building Britain’s Future’ is a slogan that the Government has been running with for much of this year. It was used to headline the Budget a couple of months ago and was used again to front the latest set of policy announcements.

The Government’s latest "recovery plan" was announced in July and is important as it is likely to reflect the Government’s upcoming election manifesto. The overarching themes are creating a "fairer, more prosperous and sustainable" Britain, the postponement of the spending review and the draft legislative bill for the next parliamentary session. There are to be 11 bills in all including another Education Bill (Improving Schools and Safeguarding Children Bill) which will legislate for commitments in the recent Schools White Paper.

The proposed 2010 Education Bill contains a number of deliverables, not all of which are new – the raising of the compulsory participation learning age for young people being one such case in point. What is of interest is the status these deliverables are intended to have: are they ambitions, targets, entitlements, guarantees or something else?

The Government seems to favour the use of entitlements and guarantees, as exemplified in the Schools White Paper. It claims that granting consumers guarantees ensures standards in public service will be raised; the Opposition claims it’s a device by a cash strapped Government to avoid committing funds where needed. It remains to be seen which of these is correct.

Some of the deliverables should be fundamental rights for all young people, including the guarantee of a sixth form or apprenticeship place for all school leavers, funded through the additional funds announced in at the last Budget.

From January 2010, every 16-25 year old who has been unemployed for a year will be required to take up a guaranteed job, work experience or training place funded through a £1bn Future Jobs Fund. This is evidence of the political desire not to allow the creation of a generation of abandoned young people; an undoubtedly worthy cause.

There is also to be a new set of guarantees to parents in support of "an individually tailored education for their [children]". Details were contained in the Schools White Paper and include personal tuition, specialist help and "qualifications that suit every child’s strength whether practical or academic". Quite how these fit in with the proposed curriculum and qualifications framework is unclear, as many think the framework too prescriptive to allow for individual learners needs.

Also included are deliverables requiring every young person to give "at least 50 hours of service to their community in their teenage years", and a "radical" expansion of federations of schools, trusts and Academies; part of the model of school improvement advocated in the recent White Paper.

All of these suggestions are undoubtedly a step in the right direction in terms of guaranteeing young people the right to education and training and making them more enthusiastic about their futures. It is vital, however, that these measures are implemented, monitored and followed up to evaluate their impact and effectiveness.

Isabel Sutcliffe is director of qualifications and accreditation at Edexcel, the UK’s largest awarding body

Government bodies must have clear remits if the system is to work, warns Edexcel

Ed Balls, Secretary of State for Children, Schools and Families, has announced plans to take forward the Government’s 14-19 agenda. The new measures will see… 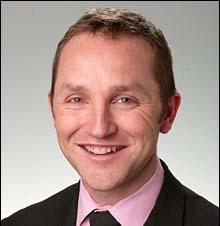 James Purnell, the Work and Pensions Secretary, has published a welfare reform white paper that seeks to "transform" the lives of those claiming benefits. Under…

Colleges and schools facing soaring demand have been granted funding for at least 2,300 extra places for post-16 learners. Ed Balls, the Secretary of State…

Sion Simon, Minister for Further Education, has bolstered his support for the Skills Funding Agency, and guaranteed its arrival in 2010. Speaking to delegates on…

The new 14-19 Diploma qualifications will not address the national skills shortage facing the country, according to the views of Ken Boston, Chief Executive of…