As Einstein was supposed to have said, (although probably never did), “Insanity is doing the same thing over and over and expecting different results.”

I’ve been working in prison education for thirty years, and regardless of the author, the sentiment rings very true.

The new report into the sector from the House of Commons Education Select Committee has much to recommend it. Anyone involved in prison education will recognise a great deal of the content, and the commitment of the chair, Robert Halfon MP, both to reform and to the cause of Further Education in general, is always hugely encouraging.  However, and this is where Einstein comes in, much of the good stuff in the report echoes precisely what was said in the last report on the subject, carried out by Dame Sally Coates and published a full six years ago today.

The point is, we do keep doing the same things and the results are hugely disappointing and a million miles away from where they could be.

If we are serious as a nation in wishing to reduce crime and reoffending, education needs to be at the heart of the rehabilitative journey for a prisoner. The report goes into detail about the funding situation which most certainly needs to be addressed. But money isn’t the only issue.

Firstly, it is critical that education is viewed as essential and put at the heart of prison regimes. Currently, whenever prisons have issues such as a shortage of prison officers, education tends to be the first activity that is affected. Prison staff have many priorities to deal with, but can it make sense for education to always come bottom of the list?

The report explains in detail the benefits to society in terms of the reduction of reoffending rates but we will always come across those who say, prison is a punishment so education shouldn’t be a high priority.  I would say to them, if a former prisoner were to move in next to you on release would you prefer them to have learnt nothing during their sentence and to have had their attitudes to society, their anger and sense of injustice increased, or would you like them to have the means to gain employment, to pay taxes and become a positive and contributing member of their community? Education is a tangible benefit to us all and really needs to be recognised as such.

The report highlights the overall poor quality of prison education. However, this needs to be put in the context of a prison Leadership and Management challenge, and is not a direct reflection on the quality of the education provider. The report’s recommendation to have a senior lead in every institution with experience of education is a very good one which I would support.  And better scrutiny of what’s being done is also needed. Currently, Ofsted grades a whole prison in terms of the education on offer.  What we need is for providers like ourselves, to be graded entirely on what we do.  That’s the only way to get a true picture of the situation which would be helpful for the prisons and for us, and again is a key recommendation from the report.

The situation regarding apprenticeships is also frustrating. Three months ago, the Justice Secretary, Dominic Raab MP, announced that some prisoners would be made eligible for apprenticeships – something for which the providers have been crying out.  We’ve seen through our partnerships with really forward-thinking employers like the Timpson Group and RMF Construction that there are jobs available for our students.  In fact, we have many individuals positively champing at the bit to get started on apprenticeships right now.  Still, we have no clear indication of when this is going to be put into action.  And let’s not forget, prison education has a strong role to play in providing prisoners with the wherewithal to land worthwhile jobs with the increased stability that brings, along with a reduced level of recidivism and the all-important self-respect which goes with it.

A similar problem pertains in the Long-term High Security Estate with the six year rule.  Prisoners serving very long sentences often do not need the lower-level provision more readily available. When it comes to studying for a higher level and/or Open University degree, prisoners need to take out a loan, just as anyone in the wider community would. However, they are prohibited from so doing if their sentence is for longer than six years.  Why would we put such unnecessary obstacles in the way of people improving their employment prospects on release – and don’t forget 99.9% of prisoners will be released at some time so this is not a purely philosophical point.

We Need Change in Prison Culture!

What is needed is not just an increase in funding (although that is crucial) but a change in prison culture – a shift in attitudes towards the importance and value of education.  We’re coming into a new contract phase in the next two to three years and, as Robert Halfon highlights, this is the time to re-visit our approach to education in prisons, to make it fit for purpose and more beneficial to prisoners and society as a whole.  I can say with confidence that those of us involved in the sector are only too happy to continue to offer our assistance to support this development.  It is essential that we put the learner at the centre of everything.  Examine the system from that perspective and everything becomes immediately clearer.

Milton Keynes College Group has succeeded in helping hundreds of learners into gainful employment over the years, aided in no small measure by forward-thinking employers.  To quote another twentieth century giant, Winston Churchill, all we ask of the government is to, “Give us the tools and we will finish the job.”

The financial and social benefits will so easily outstrip the initial costs, so let’s not wait another six years for another report to tell us what we already know.

The Education and Training Foundation (ETF) today welcomed the Coates Review into education in prisons.  This is an historic opportunity for reform that will help…

“ A paper published on the 16th of September, 2005, by the Form on Prisoner Education (FPE), has shown that the Government is failing to… 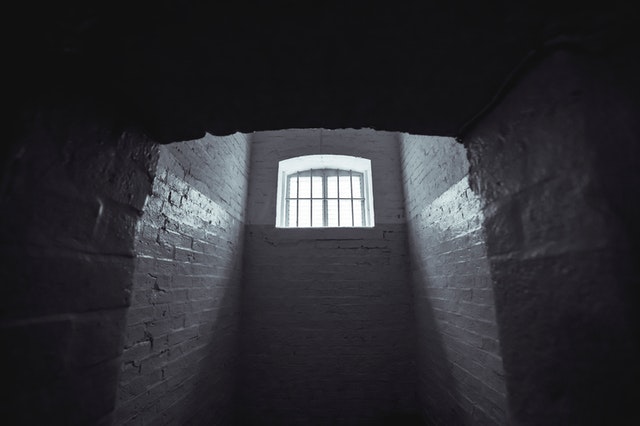 AoC new report: Prisoners are learning in “Victorian” classrooms with funding a “race to the bottom” – educators say Colleges are calling for proper funding…

“ NATFHE, the UK’s University and College Lecturers” Union, has responded to the green paper on offender skills recently released by calling attention to the…