Home » Exclusive to FE News » What went wrong with the Apprenticeship Levy?

Tom Bewick argues that the Treasury needs to go back to first principles of taxation and deal with the many design flaws in the original scheme.

As taxes go, the apprenticeship levy is not quite as hated as the Window Tax. Introduced in the reign of King William III, people at the time pointed out it was a tax on “light and air”; not least because one way of getting around it, based on the number of windows in a dwelling, was simply to brick them up!

Of course, like any tax, there were all sorts of exemptions and the poor were meant to be spared. Of course, in reality, it was a rogue’s paradise and by 1851 the government scrapped the unpopular measure. To this day, the failed tax serves as a case study for economists of how government levies can change the dynamics of human behaviour.

The apprenticeship levy was floated for years before a Conservative government finally introduced it in 2017.

It wasn’t a new idea. In the early 1960s, prime minister Harold Wilson, with his ‘white heat of technology’ vision, introduced sectoral training levies and training boards to plan the skills which industry needed, including apprenticeships. By raising collective funds, Treasury officials argued market failure in training would be overcome. It’s what colloquially is referred to as the ‘free rider’ problem.

Most of the boards were scrapped by Thatcher’s government but over half a century on and it’s as if we’ve stepped into a TARDIS. The £2.8 billion per annum apprenticeship levy is seen by many business groups as a “tax on jobs”. The Chartered Institute for Personnel and Development (CIPD) published a damning report last year saying it had “failed on all key measures”.

To understand what has gone wrong, it’s perhaps helpful to deploy three main concepts: substitution, displacement, and deadweight effects. They are economic concepts very familiar to those bright sparks working in the Treasury.

In fiscal terms, substitution occurs when a societal group reacts to the imposition of a new tax by changing its behaviour. To be fair, George Osborne’s exchequer itself engaged in one big substitution effect. Before 2017 apprenticeship subsidies were handed out as grants to employers (via FE providers) equating to roughly the same amount levied today. These funds were paid out of general taxation with large and smaller employers treated broadly the same.

The big wheeze about the introduction of the levy was that government was able to substitute general taxpayer funds with a charge paid separately by businesses. One key problem with this approach, in net terms, is that no additional investment was actually put into apprenticeships to meet the ambitious goals originally set out by policymakers. This included the spectacularly missed target of three million apprentice starts by 2020.

Driven by austerity, the measure was in fact a cost saving exercise substituting the general taxpayer (and voter) for a targeted group of company taxpayers. Only about 2 per cent of companies come within scope of paying it, meaning the vast of majority of firms who use the funds have not really contributed to it.

Ministers sold the scheme as: “putting companies in the driving seat” of the reformed apprenticeship system. Put one pound in, take one pound and ten pence out, declared skills minister Nick Boles at the time.

It’s perhaps no wonder then that the “levy pot” has apparently gone from feast to famine, with massive underspends anticipated in one year, only to be offset by overspends the next. The truth is that no one really knows exactly how the levy is spent because officials hide data behind tax confidentiality concerns.

Meanwhile, non-levy firms are still stuck with the old grant subsidy scheme and so-called ‘digital accounts’ simply mask a highly complex ESFA contracting regime. This has meant small firms being unable to access apprenticeship support funds even when they’ve been desperate to hire.

Government policy has resulted in almost the opposite of what was intended. Overall employer investment in skills has actually collapsed in the past decade, according to the Labour Force Survey. The empirical evidence would appear to show firms have generally substituted paying the levy by cutting back on training investments elsewhere.

The levy was meant to provide more apprenticeship starts. In fact, starts fell off a cliff immediately after the tax was first introduced. The pandemic has exacerbated the situation for sure, even if a declining trend was already in place well before coronavirus. Even as starts recover, we’ve seen how the apprenticeship programme in England has been displaced over time.

In world leading systems like Germany and Switzerland, apprenticeships are seen as predominantly for the under 25s and usually at sub-degree level. But here, employers have opted to spend the levy, over time, on more of over 25s already in employment; with the lion’s share of new growth going to ‘degree-level’ apprenticeships. Virtually the opposite of what most people would perceive as an apprenticeship!

The displacement effect has resulted in employers spending £378 million of the levy on just four generic management standards in 2019. It’s what economists call the Matthew effect: a biased system of workplace reward where those who already have access to good training opportunities will disproportionately receive a lot more.

Closely interrelated with substitution and displacement in fiscal interventions are so-called deadweight effects. In the context of apprenticeship, we have to ask ourselves how many of the apprenticeship opportunities would have happened anyway, without the levy?

The older-age profile of most apprentices these days suggests that firms have found a way of simply gaming the system to provide training opportunities to the existing employees they always preferred. Instead of creating additional entry-level posts within their organisation, they have opted for the status quo.

By developing over 600 employer-led standards in areas that meet specific occupational training needs, firms have been able to expand the umbrella of apprenticeship to take in more generic skills training. One of the main criticisms of the levy from business groups is the training eligible for funding is still not generalised enough.

The other key phenomenon is that overall skills investment by employers has declined. They use the levy to not only pay for what used to be covered by general training costs; they appear to have helped mitigate the adverse payroll tax element of the scheme by not incurring the investment costs of new hires and young people who are less productive (at least initially).

Does all this mean that the apprenticeship levy should be booted out of the proverbial window? In my opinion, there is no doubt that the current scope and operation of the levy is not working.

It needs major reform and recalibrated differently. In blunt terms, it is not delivering on what it was originally intended for: to deliver more apprenticeship opportunities for younger people in the skilled apprenticeship domains the economy really needs. You only have look at the 77 per cent decline of entry-level (level 2) apprenticeships since 2015 and the growth of management courses to see that.

All this has happened against the context of overall declining employer investment in skills. It’s why the Treasury needs to institute a major review of the apprenticeship levy to include employer investment on the demand-side. If the payroll tax approach administered by HMRC is not working, maybe it needs to find other ways to ensure co-investment in apprenticeship happens, like proper skills accounts that every citizen of working age has access to. By law, employers would be required to pay into them, similar to how the pensions system works now. After all, skills are a shared investment between employers, individuals and the state.

The current approach falls well short of achieving even this most basic policy goal.

Tom Bewick is the chief executive of the Federation of Awarding Bodies. This article is based on an earlier piece written for Grade Communications. 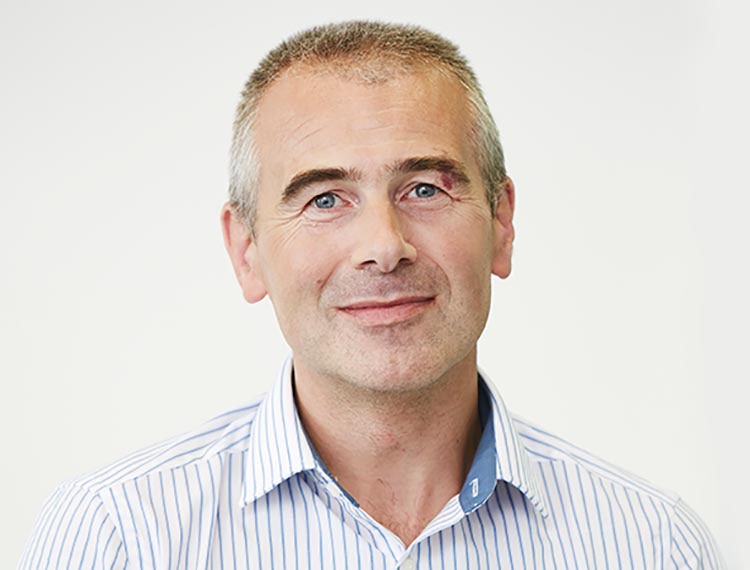 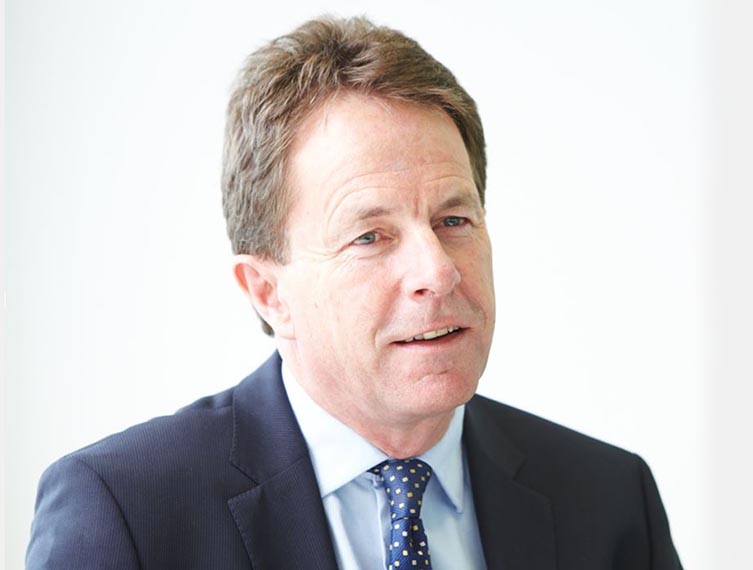 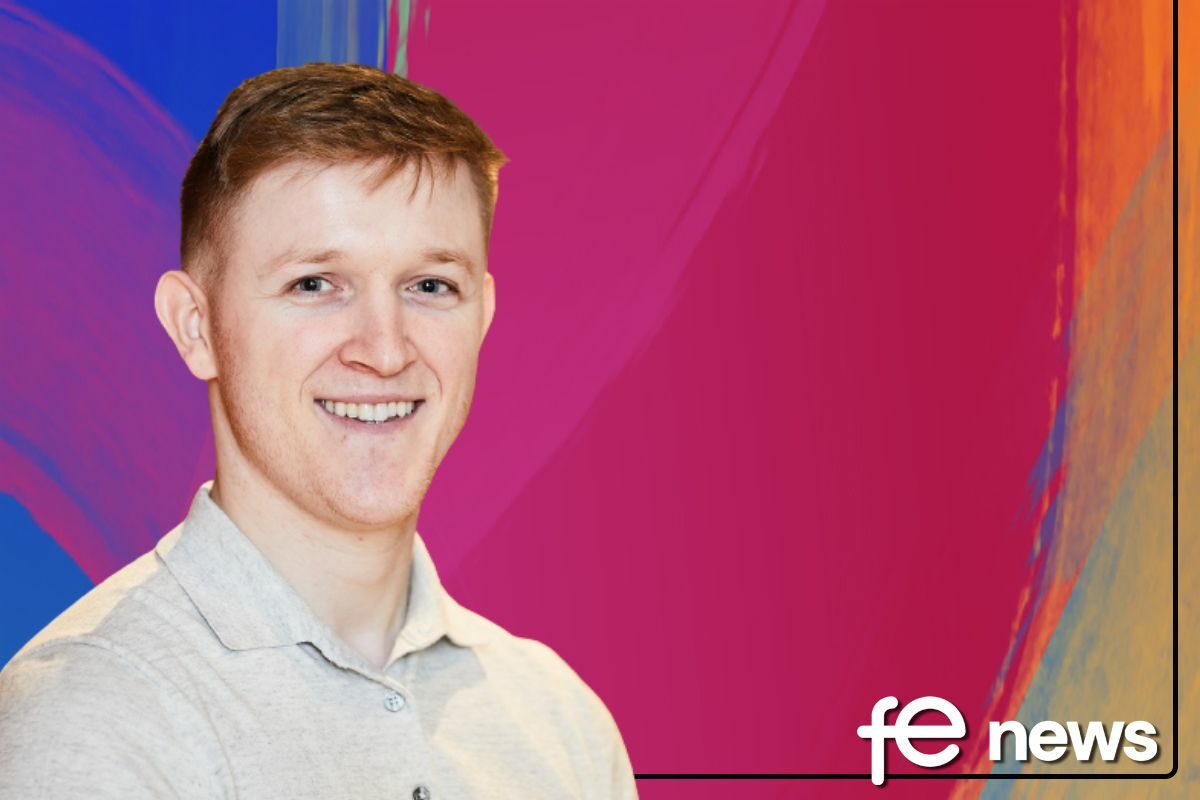 The inflexibility of the apprenticeship system has always been a cause of concern for employers, large and small. One of the core challenges is HM…