Home » Exclusive to FE News » Cabinet reshuffle – what does this mean for education?

This week has seen a flurry of ministerial movements across government and PM David Cameron has commented that he is proud to lead “a fresh team with the idea, the energy and the ability to take this country forward”.

The reshuffle shows a real move to the Right policy wise, possibly as a reaction to losing Conservative voters to UKIP in the recent European elections.
As far as education is concerned, there have been some significant changes including Michael Gove being replaced by former Treasury Minister Nicky Morgan as Education Secretary.

There’s no doubt that Mr Gove has been a controversial figure in David Cameron’s government, driving through a number of exam reforms which have not been well received by teaching staff or unions. In contrast, Gove’s successor, is a relatively unknown figure. Could Gove’s removal from this role be a populist move to appeal to voters as the general election approaches?

Another notable change is the fact that Matthew Hancock is no longer Minister for Skills & Enterprise, replaced by Nick Boles (MP for Grantham and Stamford). Mr Hancock however will keep the ‘enterprise’ elements of his former brief in his new role.

Interestingly, the new Skills Minister has already commented that he is prepared to investigate whether qualifications reform had “gone too far” as he addressed MPs for the first time in his new role. His statement comes following a series of public funding cuts to adult qualifications in addition to a large cull of qualifications within the vocational market.

However, Mr Boles has also acknowledged his lack of sector knowledge at the moment, emphasising that he is “keen to learn”.

With this in mind, and with so little time until the General Election, it begs the question: will the new ministers have the appetite (or opportunity) to really change the direction of the reforms which are currently progressing in education?

At NCFE, we look forward to working with the new ministers. Ultimately, Mr Boles has described his “simple mission” as “ensuring that every young person acquires the skills that they will need to share in our economic recovery”. This is a sentiment that we very much believe in and mirrors our own objective as an Awarding Organisation.

Our challenge now as a sector is to show the new minsters the great and transformative work the FE & Skills sector does in transforming learners’ lives.
You can let us know what you think about the cabinet reshuffle by visiting the NCFE Blog at www.ncfe.org.uk. 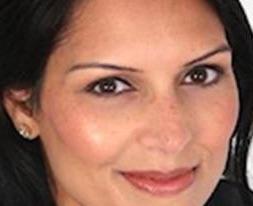 Priti Patel has been appointed Minister of State for Employment at the Department for Work and Pensions. Although Iain Duncan Smith will continue to run…

The Government ministerial reshuffle last month brought in a wave of female talent to the Cabinet. This is very welcome. Research evidence seems to indicate…

As you’re all no doubt aware, this month the Skills Funding Agency (SFA) announced some significant changes to their funding rules (Approval of Qualifications for…