Home » The Social Impact of Apprenticeships – A South African Perspective

South Africa is known as one of the most unequal countries in the world, reporting a per-capita expenditure Gini coefficient of 0,65 in 2015 [1]. In addition, substantial gender and race differences exist in the economy with unemployment rates among the black African (38,2%) population group higher than the national average or 34.4%.

Black African women are the most vulnerable with an unemployment rate of 41,0%.[2] Unemployment amongst young people aged 15-24 years and 25-34 was recorded at 64.4% and 42.9% respectively.[3] These high unemployment ratios have led to a greater dependence on social grants in the bottom 60% of households[4]. 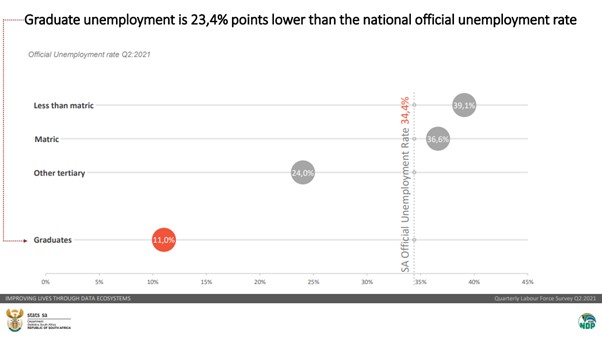 Apprenticeships in South Africa are supported by agreements between the trainee apprentice, the training provider and the host employer (for work experience) and is governed by applicable South African Labour Laws.

This is important as it provides protection to the apprentice, including the payment of stipends during the contracted period. In most instances stipends are funded by Sectoral Training Authorities as part of their mandate. Payment of stipends is a crucial element of successful training programmes in South Africa as this enables candidates to pay for transport to attend training and reduces programme drop out rates.

In South Africa apprenticeship training combines theory and simulated practical’s (in colleges) and work place experience. Importantly work places must be accredited as such and must have a qualified artisan to mentor the apprentice. Once the apprentice has completed their training, they undergo their trade test and if successful transition to an artisan.

Apprenticeships in South Africa have various social impacts, these can be grouped into

The structure of apprenticeships with a combination of work experience and training results in young people that are ready for the world of work than young people completing traditional qualifications. This is supported by formal employment rates of 79% and self-employment rates of 2%, after artisan completion[6]. Of those employed, 85% were employed by the same company they completed their work experience at proving the value add to organisations[7].

Additionally young people not absorbed have technical skills that enable them to work as entrepreneurs. A 2019 survey of the plumbing industry estimate that there were 125000 self-identified plumbers in South Africa with 12860 and 10 539 respectively being own account workers or employing 1-2 people[9].

With South Africa’s extremely high unemployment rates there is a substantial impact for every person employed. A commonly quoted statistic is that for every person employed in South Africa 6-7 people are supported by that salaried employee. If we look at actual statistics the number employed in Quarter 4 of 2020 was 15 million[10] people of a total estimated population of 59.62 million[11] we can assume an employment : support ration of close to 1:4

Confidence and self-belief in young people can be greatly enhanced by the combination of technical skills and work experience learnt during the apprenticeship programme allowing those who are not employed at the end of apprenticeship to find other opportunities. In Harambee programmes this is enhanced by ready to work programmes that prepare young people for the world of work.

In apartheid South Africa black people could not become artisans (This could partly explain the number of self-identified unregistered plumbers quoted above). Artisan completion tracer studies show that 75% of respondents are black Africans and 20% are female[12]. This is critical as it raises awareness of artisanship as a career in parts of the population where this was not considered an option and assists with changing perceptions around artisans, especially that artisan jobs are not for young people or women.

Preliminary insights from some Harambee programmes show most respondents think that women can be great artisans, but they also acknowledge that there are difficulties with accepting women in these roles, by team members, employers and by clients. In relation to ‘visibility’, respondents were asked how frequently they ‘encountered’ certain groups in their work. As shown below (again responses from both programmes are combined).

In poverty-stricken areas artisans have the power to help to improve not just the economy (by contributing to the building and maintenance of infrastructure, but also the living conditions and education levels of their countries. In South Africa there are several projects that leverage artisan skills to assist the community.

One such project in Diepsloot, an area of mixed housing types, from brick houses to shacks assembled from scrap metal, wood, plastic and cardboard, where many families lack access to basic services such as running water, sewage and rubbish removal. The Diepsloot project aims to improve the health of the residents and reduce the ongoing maintenance work for the local WASSUP team (Water, Amenities, Sanitation Services Upgrade Program) by upgrading 10 toilets, taps and drains, and installing better hardware[13]

The social impacts of apprenticeships are clear and substantial.

These benefits are more likely to be achieved if the following key learnings and lessons are incorporated into apprenticeship programmes: 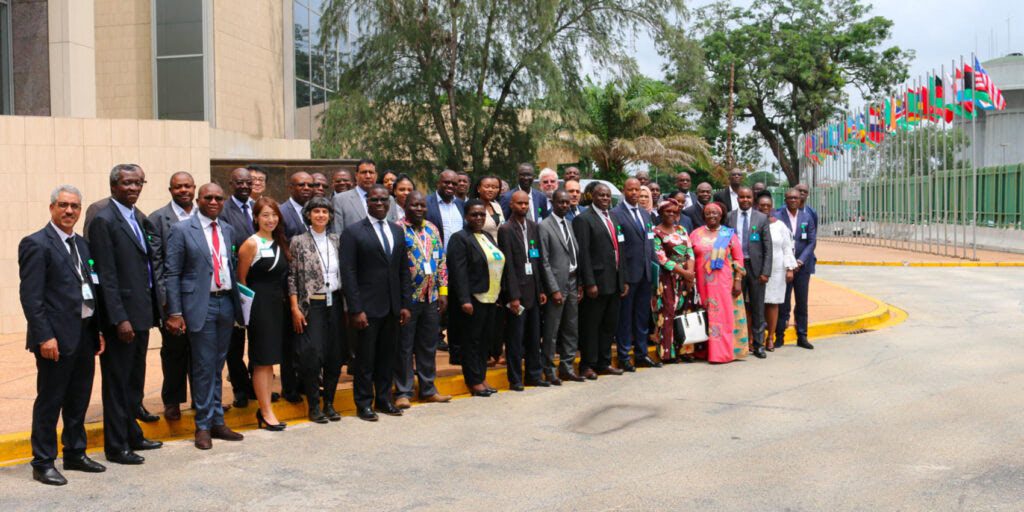 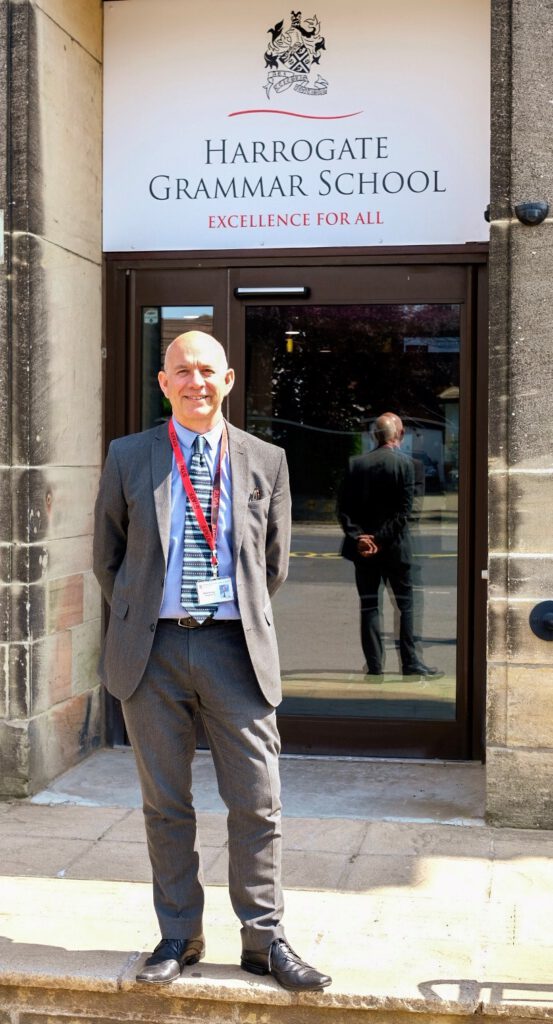 EdTech Trip of a lifetime awaits UK teacher Stephen Woollard, a teacher from Harrogate Grammar School, North Yorkshire, was selected as the winner of a… 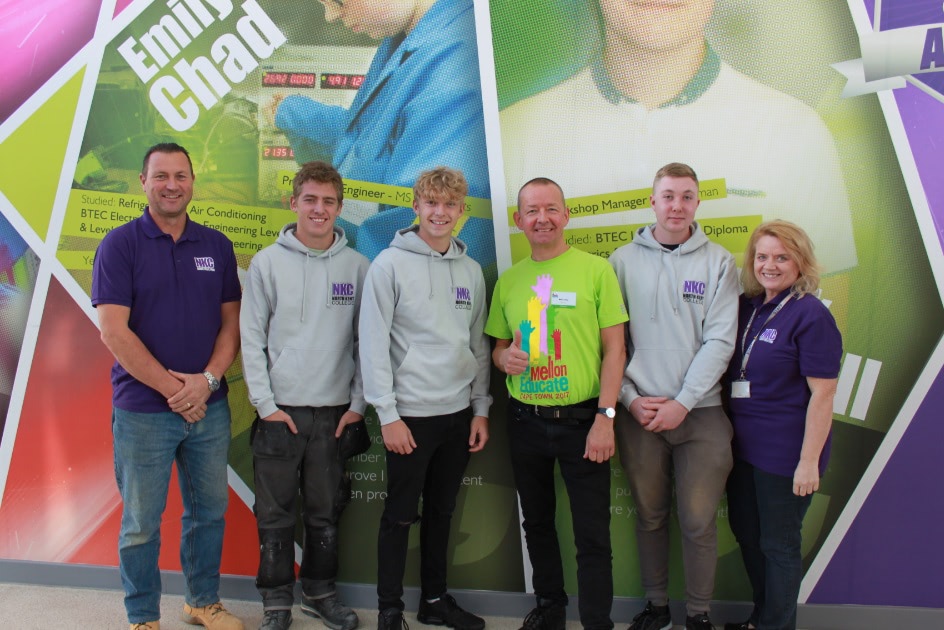 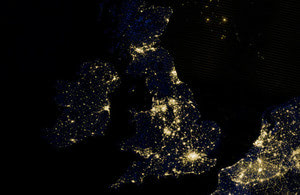