Home » A special relationship: Sharing #apprenticeship success in the US

I’ve just got back from the 5th transatlantic trip for UK apprenticeship providers and suppliers in the States.

This year’s trip was over in sunny California – which was a huge contrast from being snowed in last year in Missouri!

I’ve attended all 5 trips and every time I’m amazed at the passion for apprenticeships in America. They really want to make it work.

Like the UK, they’re already suffering from a skills shortage, and know that if they don’t do something soon it’s only going to get worse. They also know they have a lot to learn in order to scale up their starts, which is why they’re keen to learn from the UK.

The 16-strong UK delegation was led by AELP ’s CEO Mark Dawe and sponsored by NOCN , from which Jan Richardson-Wilde and Tom Burton attended.

There was a mix of providers – such as Ixion, University of Lincoln and Whitehat – and suppliers, like OneFile, LearnBox , NCFE, VTCT and Aptem, and for the first time, an employer: Health Education England.

California: The US powerhouse of apprenticeships

The focus this year was on digital and healthcare. On the first day, everyone suffering from some degree of jetlag, we attended the stunning College of the Canyons where we were warmly welcomed by Jeffery Forrest, the vice-president of economic workforce development for the college, and Kelly MacKey, regional director of strategic partnerships.

Kelly described California as the US powerhouse of apprenticeships, with 3 times more starts than any other state. They currently have around 90,000 registered apprentices and have a vision to increase this to 500,000 by 2029. It’s a huge undertaking, so they’ve recruited 40 additional roles to support this growth.

Kelly Mackey @canyons shared yesterday that #California have a vision of 500k #apprenticeships by 2029. The average age of their apprentices is 28yrs old. @AELPUK @NOCN1 ???? pic.twitter.com/Oip4ti7hZj

They see the biggest skills shortages in ‘new collar’ industries, such as IT, healthcare, advanced manufacturing and the public sector. And this is backed up by businesses. Employers such as IBM, Amazon and Google are all keen on increasing their apprenticeship numbers.

Jeffery said that California is running out of people to employ – so they need to employ and then deploy quickly. He also talked about diversity. Only 6% of apprentices in the states are female, which is a big issue.

Another focus for the college is cyber security. There are currently 36,000 cyber security vacancies in California alone – which is mind-blowing. In the state, it was reported that 80% of small businesses who had a data breach would be out of business within 12 months of the breach. It’s a massive problem for the economy there, and they see apprenticeships as a great solution to this.

They have a lot to think about – but as Jeffery said, the UK-US partnership is invaluable and it’s the collaboration they need to support their growth.

The British division was up next, and Mark Dawe shared a rapid, but comprehensive explanation of the UK model. Jan Richardson-Wilde presented NOCN’s vision for collaboration. Lucy Dunleavy and I then shared the impact of using technology for apprenticeships.

It was a busy day – and day 2 was no different. This time, the focus was on healthcare at the packed conference room at East Los Angeles College. Monica Thurston, department programme director at Allied Health, explained the state’s healthcare skills gap and that it’s expected to rise.

We have a similar shortage  in the UK and are using apprenticeships to train and retain in the healthcare sector. Jane Hadfield and Lucy Hunte took to the stage and gave an excellent presentation on how the NHS is using their £200 million levy fund  to close the gap on their own employment issues.

We also heard from a former apprentice and single mum who explained how her apprenticeship allowed her to retrain while supporting her family. It was an uplifting story to end the session.

Over the weekend, we travelled to San Diego to attend the California Apprenticeship Initiative Conference.

The problem of perception

Charles Henkels, apprenticeship director at Norco College, said that part of the problem with American apprenticeships is perception. He shared a photograph of his grandfather’s machinist apprenticeship certificate from 1927 which he now has hanging at home.

He said they need to change the reputation that apprenticeships are just for traditional trades, like construction and boat building, and promote them as modern qualifications for roles in digital and finance etc. But it’s going to take time.

Charles Henkles #LearningLab2019 hated university, had $45k debt & unemployed. Then introduced to work based learning. Feels #education should be contextualised. That’s why he got involved in #apprenticeships ???? pic.twitter.com/lSspMwpIJ2

27 states are currently writing and registering their own standards which could take up to 2 years to be approved. It’s a long process, but it’ll be well worth the wait.

Members of the UK delegation were then given an hour to share our experiences. There was an audible gasp around the room when we announced the billions of pounds of apprenticeship funding the UK receives. Funding is a massive issue in the States due to the sheer scale of the programme there.

However, Mark Dawe extrapolated the UK apprenticeship figures to California’s population, and said that to deliver the equivalent of the UK, they’ll need 4.2 million starts by 2029 – which is a lot more than their 500K target.

Next up, Martin Johnson from Ixion, who’s one of our customers, spoke about how they maintain quality. Ixion is rated outstanding by Ofsted, so he shared their best practice and challenges as a provider.

Going to the US was also a great opportunity for me to catch up with Kim Nicols from Franklin Apprenticeships – OneFile’s reseller in America.

They have a contract to deliver 400 motor vehicle apprenticeships and 100 digital apprenticeships for the innovative workforce development team of Missouri. It’s a huge opportunity for the state and for OneFile, so watch this space!

It wasn’t all work and no play. We went to an LA Dodgers baseball game where AELP and NOCN were welcomed on screen. We visited Hollywood to snap the Hollywood sign and stars on Hollywood Boulevard.

We had a very competitive Jenga game #Jengaboys, enjoyed some very large margaritas, and my personal favourite, sipped a Screwball peanut butter whiskey.

It was a great week all round and we’ve been invited back by the Californian Apprenticeship Department for their next work-based conference in April.

I’ll leave you with a quote from Chief Eric Rood – Division of Apprenticeship Standards:

Training an apprentice can change a life. Train lots of apprentices and change the world.

To hear more about my journey through the changing world of apprenticeships, follow me on Twitter and LinkedIn. 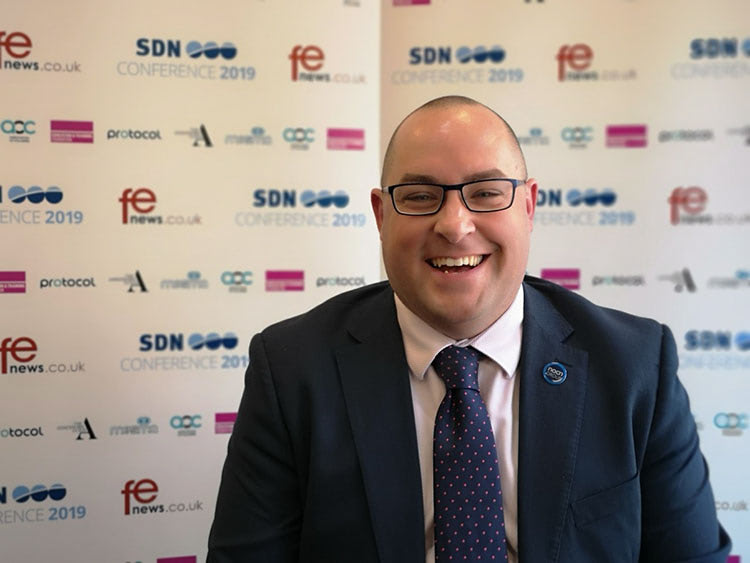 Across the Apprenticeship World in 25 Days “It’s really useful to travel, if you want to see new things” – Jules Verne, Around the world in… 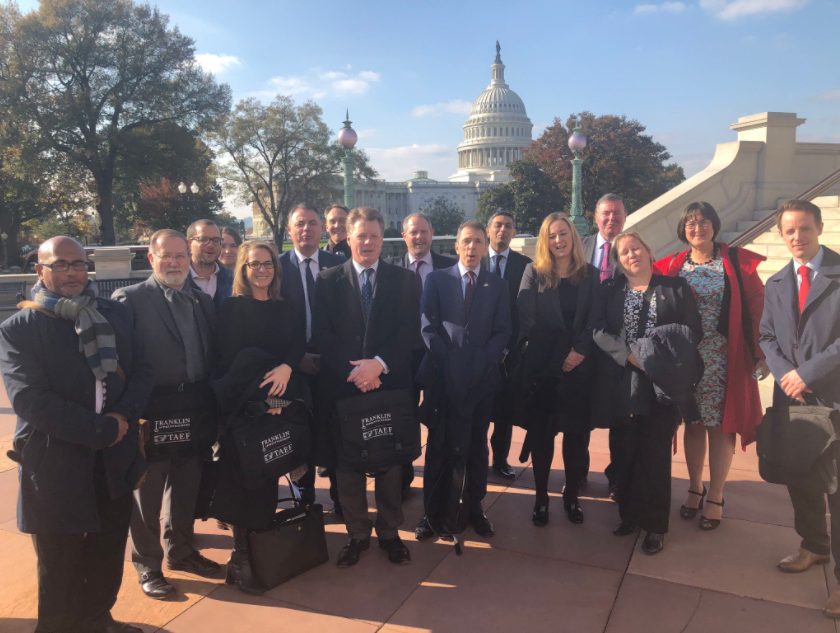 In November 2017, OneFile co-founder and director, Susanna Lawson, attended the Transatlantic Apprenticeship Exchange Forum in Washington, DC. Here are some insights from her trip.… 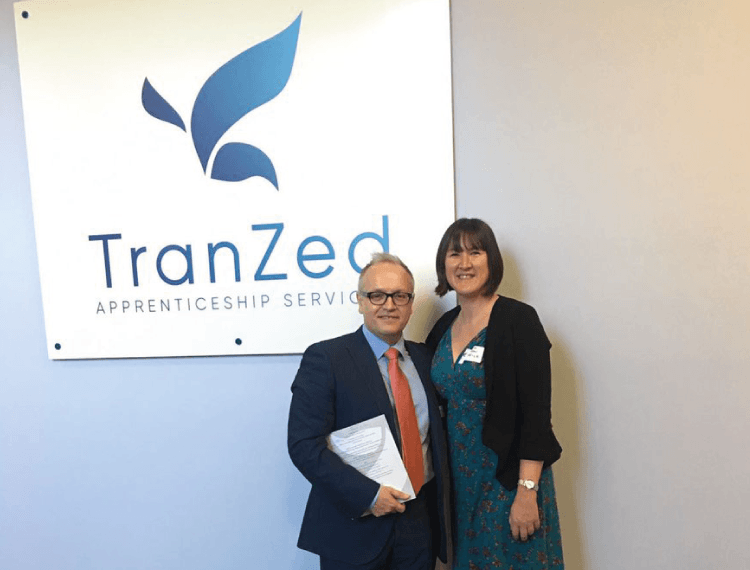 OneFile, the UK’s leading software for learning and development, is leading the new apprenticeship movement in Maryland, USA.   Apprenticeships are the driving force behind UK business. From horticulture to… 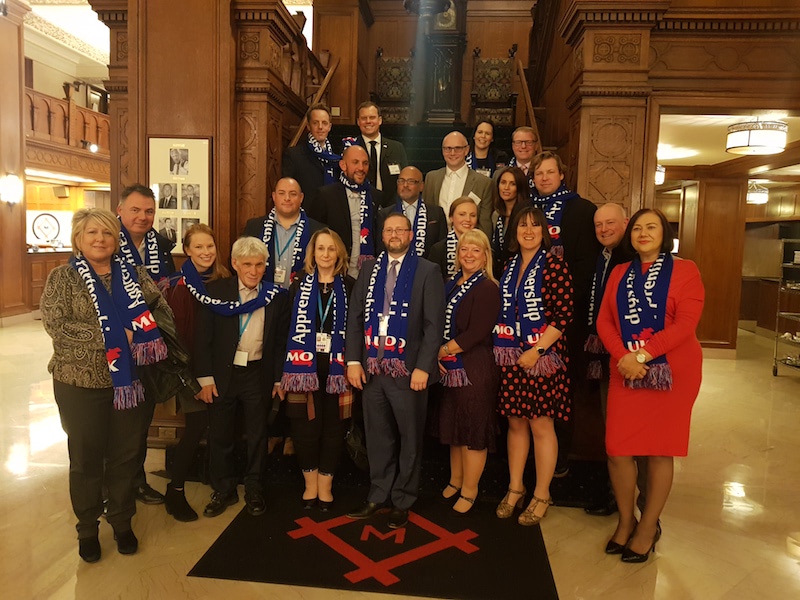 “Developing innovative apprenticeship programs that connect our economies and establishing an international forum for the exchange of ideas and practices that create lasting partnerships.”  #MOUKPartnership  Last… 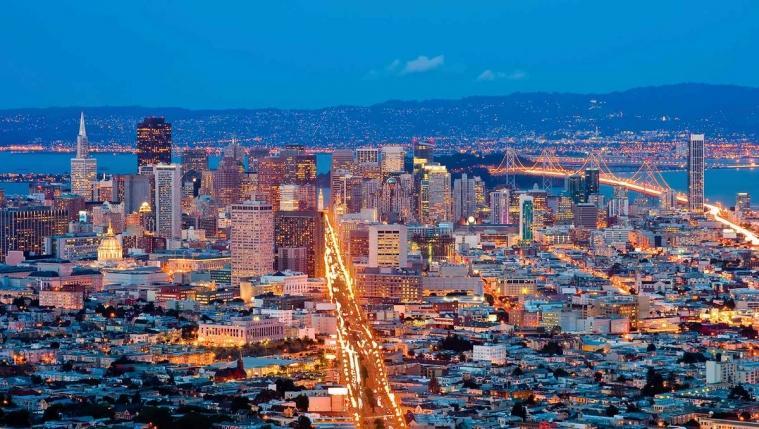