Home » Exclusive to FE News » Trailblazing technical education hasn’t been simple… Can They (Still) Dig It?

When people hear ‘JCB’, they may think of fluorescent yellow diggers, or (for those of a particular musical disposition) that Nizlopi song from 2005.

With an influence wider than many realise, The JCB Academy hopes to bolster a workforce lacking in technically educated learners.

One decade on from its first cohort flying the nest, the educational environment continues to be a challenge to this institution, and its many counterparts across England.

The Journey So Far

Lord Baker, their co-founder, sowed the seeds for the movement that same year, but The JCB Academy was different. A sponsored academy hailed as the next generation of education, it was ahead of its time.

Vice-Chair of Selby College and author of ‘University Technical Colleges: The First Ten Years’[1], David Harbourne has followed the movement since its inception.

David Harbourne says: “Back in 2000, the Government was concerned about absenteeism – young people were bored with the curriculum, and we had to make it more flexible.

“There’s great evidence of the benefits from following a technical vocational pathway. Not just financially, but health and satisfaction with life. It’s not all about money; it never has been, and never should be.”

Housed inside a former Arkwright cotton mill, The JCB Academy has always been oversubscribed. Back in 2010, with a cohort of 120, such demand forced them to curate a waiting list for the unlucky applicants.

The story continues to this day, as students across Staffordshire clearly still yearn for the challenge of taking on this unique style of learning.

David Bell is their Vice Chair of Governors, and president of The JCB Academy Association, which helps to improve the student experience. He began his journey in 2005.

David Bell reflects: “I spoke with Tony Blair about building a Sponsored Academy – it was a big deal. I told Lord Bamford everything I’d completed at JCB, and I said opening this school was nothing like any project because it’d never be finished.

“The Department for Education didn’t know how to categorise us. We eventually converted to a UTC – the movement received a lot of momentum, but when many UTCs failed in the early days, it damaged the brand.”

Capitalising on employer optimism before UTCs gained any semblance of momentum, JCB’s head-start was advantageous. However, with the education system influenced by league tables and poor inter-school cooperation, many were doomed to fail.

Black Country UTC opened in 2011, and Hackney UTC opened in 2012: both of which have closed and have since faded into obscurity. This legacy remains a thorn in the side of the movement, with eleven of their 58 schools closing due to reputational, financial, and parent-driven reasons stunting the growth of this alternative educational pathway.

Employers continue gravitating towards such institutions, though, with the Centre for Vocational Education Research[2] revealing in 2020 that 29% of apprentices were taken-on by companies associated with them.

“We’ve engaged with about 400 students in our ten-year partnership, and about 80% of those end up in engineering or pursue it in further education.

“As an employer, The JCB Academy is turning out exactly what industry requires: well-educated, well-rounded, and well-behaved young people who are ready for work.”

With the national average three times lower, 22% of University Technical College leavers transitioned into an apprenticeship in 2019. Considering this data, traditional destinations are far more varied at the Academy; with ex-learners gaining Level 2 apprenticeships at Biffa, to researching artificial limbs and running factories.

Harry says: “The alumni team are excellent – we bring the benefits of what’s happening in industry into the curriculum. These core skills, quite frankly, would be taught at university, and not at 14-years-old!

“Graduates tell me they wished they’d been told about apprenticeships. The JCB Academy helped me understand my goals – and let me get there earlier.”

Their 18-mile catchment means students hail from Derby to Stoke-on-Trent – quite a distance for some who don’t return home until 7pm. Such a transition can be challenging at this early age, especially for those not wanting to specialise in the fields of business or engineering.

Now a digital nomad working for an e-commerce business on the other side of the Atlantic, Josh Partridge left the Academy back in 2016, and signed-up because of an impulsive decision. He says: “It definitely wasn’t what I thought it was going to be – I saw they offered business, so I signed-up.”

Across the UTC spectrum, schools specialise in engineering, business, media, and science alongside traditional qualification pathways like GCSE English and Maths. The workload is intense.

Josh adds: “It was a brutal time, and the lack of sleep wasn’t the best. They definitely helped me be a hard-worker, even if going there didn’t really change anything for me – I guess I wanted more emphasis on business studies.”

Currently operating at 45% capacity on average, around 17,500 students attend a UTC across England. However, educating less than 1% of the secondary student population, it’s clear that inherent issues continue to hinder the perceived legitimacy of the education which University Technical Colleges like The JCB Academy provide.

Only 48 remain active, with eleven long closed, and plans for another four UTCs were never realised. Offering lifestyles many 14-year-olds wouldn’t appreciate, this style of learning is yet another outlier against the grain of the mainstream education system.

Olly Newton has first-hand experience, having previously worked at the Department for Education. Now the Executive Director for the impartial Edge Foundation, his team focus on increasing the significance of technical and vocational education.

Olly says: “From the outset, the UTC project has depended on political leadership. Our system in England is very competitive, and just like any other market, the other players feel the need to fight against them.

“On reflection, the big lesson is that founding new institutions is a high-risk strategy, because they’ll either succeed or fail. If we collectively had our time again, we’d rethink starting out at 14: it’s an extra thing that goes against the grain.”

To this day, the National Education Union continue criticising the project’s unviability, arguing spiralling costs burden taxpayers and closures impact young peoples’ lives. Between 2010 and 2019, the National Audit Office identified that DfE had spent £792m[3] on the project, with over £50m of that on improvement measures, debt clearance, and closures.

With so much time and money sunk into the movement, the question of financial sustainability remains at the top of the agenda – it’s why The JCB Academy’s hand was forced, and they diversified.

Equally, the next ten years will be tricky to navigate. A 2021 Government report revealed more than two-thirds of the 1,345 people who responded to its consultation disagreed with their approach to educational reforms. However, although many UTCs engaged with this survey, The JCB Academy didn’t.

Launching this September, the T Level rollout is coming. With students having to complete a 315-hour placement over their two-year course, the implementation of these new qualifications risks the Academy’s unique structure of learning.

David Bell says: “Ten years on, we’re as enthusiastic about the future as we were when we started. It’s preparing people for the world of work.

“Without being arrogant, we’re the most successful UTC doing engineering in the country – why haven’t the Department for Education spoken to us about T Levels? I think they need to go back and start again.”

Notwithstanding how they negotiate T Levels, there’s no doubt The JCB Academy has embraced ‘UTCness’ through a destination-focussed curriculum which stands out from local alternatives. Nevertheless, with time a card which many similar UTCs haven’t been dealt, many would argue one decade of progress alongside the illustrious JCB name has aided in their success.

Albeit playing a small part in the education system, they continue to adapt within a system working against their models of learning. As employers continue to encourage them, the reputation of the University Technical Colleges name is slowly improving.

Harbourne says: “The Academy offers the UTC model, delivered as it was intended: not all the others can say that. Applications for places continue to rise, so it’s an outlier in the sense that it achieved success very early on and sustained it – but it’s being joined by more and more UTCs.

“I knew it was doomed to succeed – and they’ve proved me right!”

Donning the motto, ‘developing engineers and business leaders of the future’, their mission will never be complete. Hosting high-profile connections, and with a bank of knowledge, The JCB Academy and its 47 counterparts require nurturing, support, and political minds open to change.

One decade isn’t long in education, but this school, and the UTC movement, prove that practical knowledge is as vital as classroom-based learning. To this end, the project continues to succeed – even if the current state of education continues to threaten the meaning of technical education in the 2020s.

I’m currently a Third Year BA Journalism student – and used to attend The JCB Academy as a student back in 2014-2018, where I learnt basic business and engineering skills which set me up for a life of embracing my ‘can do will do’ attitude!

[2] Closing the Gap Between Vocational and General Education? Evidence from University Technical Colleges in England, Centre for Vocational Education Research, (2020)

The Department spent £792 million on the UTC programme from 2010-11 to 2018-19, the vast majority in capital grants. The Department provides capital and revenue funding for new free schools, including UTCs. In addition to the per-pupil funding that UTCs and other schools receive, the Department’s spending on UTCs included:

A further 15 University Technical Colleges (UTCs) have been approved by the coalition-government over the next two years. The total number will increase to 34… 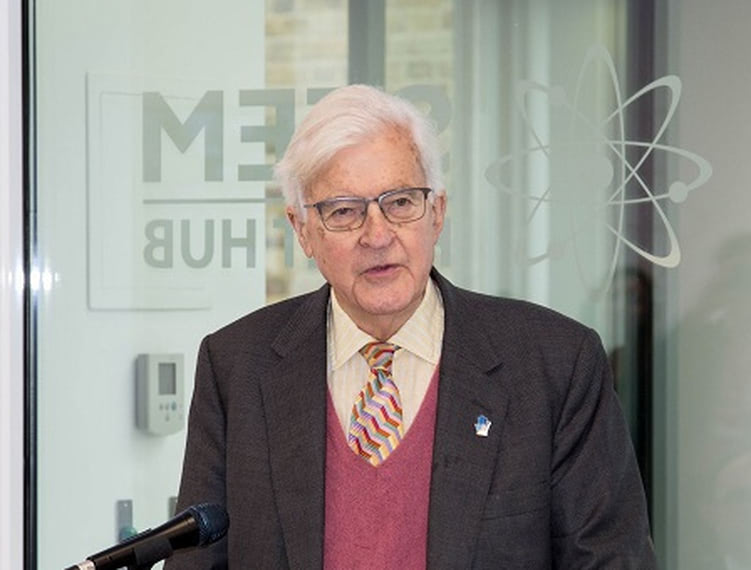