Invariably these days news items about apprenticeships are accompanied by the stock image of a young person in overalls, typically in high tech engineering, maintaining some complex piece of machinery.

A recent article in the Daily Mail cites a Managing Director bemoaning the state of the employment market for high skilled Apprentices. The article relates to engineering and other highly skilled technical roles. I was struck by the article’s tone of frustration that not enough help was being given to businesses who work in the upper reaches of our multifaceted economy.

Putting aside the political leanings of the newspaper in question, I was prompted to pose the following hypothesis. Should apprenticeships (and funding) be targeted at the most talented and able employers/learners? In this scenario the employer in question is searching for applicants who have already got advanced levels of skills and education. Or, alternatively should the funding be used to alleviate skills-poverty and help those who are trapped in low skilled, repetitive roles with little or no prospects.

Skills poverty like general poverty is a symptom of poor socio-economic chances from birth. Given the wrong set of circumstances you’re more likely to end up in a dead-end, low skilled role with an employer who couldn’t afford to train you. Your chances of going to university are zilch (or nearly so). Promotion prospects are scant and your pay is so low that you can’t afford to finance you own training. Further, once you are in skills poverty it is incredibly difficult to get out of it.

Apprenticeship funding could be a remedy for the skills-poor working population. However, the current set up in terms of the distribution of funding reminds me of a government policy called Sport for All in the 1970s. The Sport for All premise was, make sport cheap (or free) and the working classes could afford to participate and will do so in great numbers. The actual outcome was that it just made it cheaper for the middle classes who were already participating. Sport for All did nothing to widen social inclusion in sport. The policy failed to take into account the other barriers that working class people might experience in accessing leisure facilities such as being time-poor or inadequate public transport links.

Current funding policy could easily be named Apprenticeships for All. It could go the same way. It could predominantly subsidise training for employers who would do it anyway and add skills to young people already enjoying social and economic advantage. Is that what tax payers’ money is for?

Obviously this is not a black-white choice. The economy relies on both low and high skilled workers. But just as middle class sports players were more able to benefit from Sport for All than their less well-off peers; so too will successful infrastructure-rich employers and well educated apprentices be able to benefit more than their less well placed peers under Apprenticeships for All. It is all very well having funding available, but if the structural barriers to engagement by the skills-poor aren’t also addressed then this funding will be siphoned off by employers like the one featured in the Daily Mail article.

This would be a tragedy because apprenticeships could be a tool for social mobility. The skills-poor could be elevated out of their low skilled roles. The funding could help them progress into first semi-skilled and then high skilled roles. Yet in order to achieve this we need to assist those workers and employers who are skills-poor to overcome the barriers currently preventing them from engaging in the first place.

The development of The Apprentice Levy may increase the gap between the skills-rich and the skills-poor. There will be a large number of new employers paying their levy who will want to engage in apprenticeships. They’ll be large and well-resourced organisations possibly already spending millions on training. As their Financial Directors reposition expenditure towards apprenticeships the unintended consequences will include that they’ll not only be displacing money that they would have spent anyway but also using up delivery capacity with their new demand. More of the ‘spend’ and more of the training provider capacity will be skewed to the larger well-established companies who’ll pay The Apprentice Levy and I fear that lower skilled employers and their staff will be muscled out.

So while this is not a binary choice neither is it a level playing field. Those in skills-poverty need extra help and priority over those who are skills-rich. Sport for All just saw more of the same people playing sport for free when they’d have happily paid for it. Let’s not make the same mistake in our quest for 3 million new Apprentices. 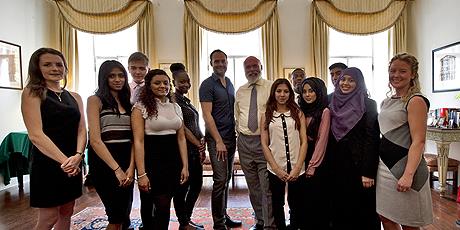 The Education Committee launches inquiry into the quality of apprenticeships and skills training. While many independent training providers and further education colleges are providing excellent training, too…

“ In 2004, a number of Young Apprenticeship (YA) schemes were set up with funding from the Learning and Skills Council (LSC) for 14-16 years…

The DfE have responded to Jill Whittaker’s article from last week titled: Levy Announcement raises more questions than answers A Department for Education spokesperson said in…