Home » Exclusive to FE News » The big story: the Work Programme is working

There’s a news story that no one is talking about. You won’t read it in the papers, you won’t hear it discussed on the radio or debated on Newsnight. And this is not due to the fact that no one will publish anything this week that’s not about Scotland. You won’t see it because it’s good news.

The story is simply this: the Work Programme, the largest back to work programme in the UK, is working.

The latest performance statistics published by ERSA, show that almost 600,000 people (or 595,026 to be exact) have now found at least some work through the Work Programme since it began in 2011. To put that in context, that’s three times the population of York or 30 times the capacity of the 02 Arena. Of this 600,000 figure, 330,000 have so far achieved long term work, meaning they have been in employment long enough to qualify for inclusion in official government statistics. That’s good news for those jobseekers and their families, for employers and for the public purse.

If we dig a little deeper we can see the impact of the programme across different groups in society. Young people are doing best on the Work Programme, with 151,000 young people having started work up to June 2014. The latest labour market statistics highlight the impact that this is having on youth unemployment numbers, with fewer young people now claiming JSA than just before the recession. Unemployment among the young has fallen for a staggering 33 months in a row.

For those on Employment and Support Allowance (those who previously would have been on Incapacity Benefit) the direction of travel is also good. According to government statistics around 10% of those participants who have been on the scheme for at least a year have been in work for at least three months so far – a figure that’s set to grow. To many eyes, 10 percent might look low. However, many people on ESA have been out of work many years and have significant health conditions and performance is actually above government expectations for this group.
These are big figures that tell a very personal story for people across the country. Moving into work for someone who has been unemployed for a long time or has never had employment can be life changing. There are the obvious changes, such as in household income. Then there are the less tangible, but no less important changes, such as renewed confidence in oneself, an opportunity to meet new people and learn new things.

As Chris Mowatt one of our shortlisted nominees, for the ERSA Significant Achievement of the Year Award said: “It was such a relief to get a job… The biggest thing for me is to be a good role model for my kids. I’m so proud that I can now pay for the things my children need and take them on outings.”

Now, the Work Programme isn’t perfect. We all know it got off to a slow start primarily because the economy nosedived at the time of it starting. We also know that there are some issues that need fixing in the next round of employment programmes. However, employment support does change lives and does benefit the country.

Earlier this year European Economics published a report, commissioned by ERSA, looking at ‘The Economic Impact of the Work Programme’. The report used different economic models to try and work out how many people would have found work if the Work Programme didn’t exist and therefore to calculate how many people who have found work on the programme, would otherwise now be unemployed. The report calculated the value added to the economy of this ‘extra’ group of people being in employment, over their lifetime, and put the figure at £18 billion.

This seems worth a big headline, something well worth applauding. This is the story of a successful service having a big impact on hundreds of thousands of individual lives and on the country as whole. This seems to me to be a story worth writing about.

The latest Work Programme statistics came out rather quietly last week. News desks across media outlets took one look at the improved figures and, by…

More than 200,000 jobseekers found employment through the Work Programme since its launch in June 2011 through to the end of September 2012. According to… 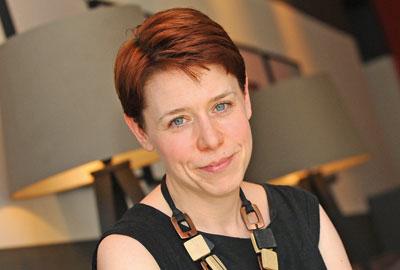 The problem with big numbers is that they often don’t feel like they mean anything. Last week, the Office for National Statistics Labour Market Statistics…

After a decade of battling depression, 45-year-old Richard from Grantham is off sickness benefits and back in work thanks to the Work Programme. He credits…

You may not have picked this up in the papers last week, but something came out that the media isn’t generally interested in – good…