by the City of London Corporation

An app which mobilised volunteers to shop for vulnerable people during the pandemic is among the winners in London’s top responsible business gongs.

The company is one of six winners in the awards, held every year by the City of London Corporation to recognise businesses which build strong community relationships, tackle disadvantage or inequality, promote inclusion or boost skills.

The winning schemes include an online tutoring platform to help children with their maths skills during lockdown and an initiative aimed at building skills in young people.

The winners were announced on Thursday evening (29) at a ‘virtual’ awards ceremony from Mansion House hosted by Lord Mayor William Russell and businessman and former Apprentice winner Tim Campbell.

“This extraordinary year has presented enormous challenges for individuals and organisations across London and the UK, and has highlighted more than ever the important role businesses can play in working for the benefit of their communities.

“I was really impressed with the innovative, creative and impactful ways companies, which have themselves faced difficult times during the pandemic, have given their time and effort to help make a positive impact on people’s lives.”

The onHand app launched in Lambeth, in partnership with Lambeth Council, Age UK and the British Red Cross. It has helped deliver shopping to thousands of elderly, vulnerable or shielding people in the borough who couldn’t get out, and is now running across the country.

“The feedback from the people we’ve been able to help has been fantastic – we’ve had people calling us in tears or leaving handwritten notes for volunteers. At a time when they weren’t able to have any physical contact, this was a vital way for people to have some human interaction.

“The success of schemes like this shows the huge amount of goodwill that exists across the UK. Winning this award is really humbling and builds on the incredible momentum building for businesses doing good and delivering profit with purpose.”

WeAgile, a Shoreditch-based digital creative studio whose mantra is ‘Digital used for Good’, won the Heart of the City Award for its free online tutoring platform which delivered maths lessons to hundreds of year five and six children during the first and second lockdowns.

“I’d highly recommend that companies support responsible business and deliver it from the top down – we instantly felt like the whole company was on board and wanted to play their part in this programme.

“It’s been a difficult time for all businesses but the entire team wanted to do their part and support the local community. To win a Dragon Award means a feeling of jubilation for everyone at WeAgile who put aside their own struggles and focused on going the extra mile to help others.”

The Bethnal Green-based Skills Builder Partnership won the Community Partners Award for its work with financial services giant UBS while Westminster-based management consultancy Q5 was a winner in the Boosting Social Impact Award category for its support for charities and small businesses during the pandemic.

Meanwhile, City-based analytics firm TrueCue won the Inclusive Employment Award for a project aimed at driving up representation of women in the sector, while global professional services company Marsh McLennan won the Regional Impact Award for its work with young refugees and asylum seekers in Birmingham and Leeds.

This year’s awards were organised for the first time by Heart of the City, the City Corporation-funded charity which supports hundreds of small and medium-sized enterprises with their responsible business programmes.

The awards are part of the City Corporation’s commitment to work in partnership with businesses, charities and neighbouring boroughs to create a more responsible, inclusive and competitive London.

“The programme was all about giving women the experience and confidence to pursue a career in a sector in which women are still under-represented and giving them visible, like-minded role models who they can relate to.

“We’re really proud of the scheme and it’s hugely encouraging to be recognised with a Dragon Award. We hope it will not only help to inspire more women to pursue their professional goals but also encourage other organisations to work to bridge the diversity and inclusivity gap.”

Westminster-based global management consultancy Q5 won the Boosting Social Impact Award for its Pop Up Consulting initiative, which offered pro-bono support to over 65 small businesses and charities during the pandemic – a scheme it has committed to continue running post-Covid.

“Our team has really enjoyed being able to get involved in such meaningful work and to make such a positive contribution during the pandemic. It’s also been a great development opportunity, giving our people experience with new organisations and challenges.

“It’s also helped us as a company to challenge some of our traditional approaches to consulting and develop new ways of doing things, to benefit from new perspectives we wouldn’t otherwise have experienced and to get really valuable insights into the challenges charities and small businesses face.”

“Our vision is a world where everyone can build the essential skills they need to succeed in life and the feedback we get from teachers is that the resources we provide make a real impact on the progress their students make and in helping them to reach their potential and achieve in life.

“The progress we’ve made in 12 years is fantastic and we wouldn’t have been able to do it without the support of an organisation like UBS which really understands the need to make this a programme that is sustainable and lasting, so that we can build and increase our impact every year.”

Regional Impact Award winner and global professional services company Marsh McLennan, in partnership with the British Red Cross, supported almost 200 young refugees in Birmingham and Leeds in areas such as life skills, personal resilience and leadership opportunities, through its Surviving to Thriving initiative.

“We are humbled to have received this award, which is a testament to the extraordinary impact that can be achieved through strategic collaboration between businesses like ours and charities like British Red Cross.

“I extend my thanks to the amazing volunteers who gave up their time to help young refugees and provide them with the tools and access to services they need as they make their way in a new country.

“Programmes like these underscore Marsh McLennan’s commitment to make a difference in the moments that matter and to help society rise to meet today’s urgent challenges.”

Sector News
As vacancies surge past one million, new research shows 2 in 5 employe

Pain past is pleasure.
www.netsmartwebs.com 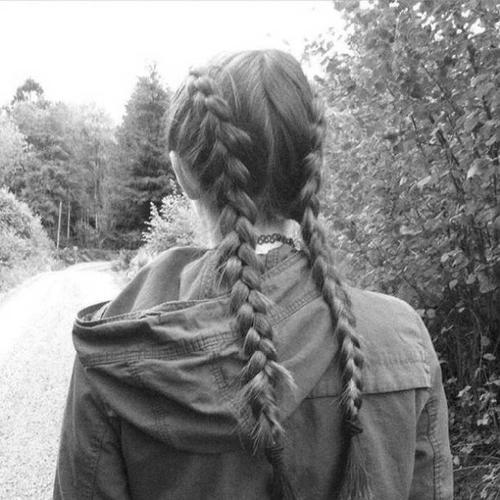 Mahima Shrestha has published a new article: To help prepare the schools in the United Kingdom, Driver Bubble™ launches the new ‘Education Program’ 23 minutes ago