Multi-million pound Government efforts to encourage firms to train staff are short-sighted as many could be turned away because of budget cuts, the Association of Learning Providers (ALP) has warned.

Train to Gain providers have been instructed by the Learning and Skills Council (LSC) that their budgets for 2009-10 will be substantially cut – despite the overall programme budget being increased. Members of the ALP, which holds its two-day spring conference from tomorrow, are therefore planning to take on fewer trainees than they have this year.

"Training providers are well aware that Train to Gain funding is just one of several major issues which the LSC is having to tackle right now. However employers are going to be understandably confused and disaffected if their positive response to government-backed advertising campaigns results in being politely told to go away by providers," said ALP chief executive Graham Hoyle.

According to a spokesman, "many over-performing providers have effectively closed down their provision for the remainder of the current year, despite strong employer demand for Train to Gain, because the LSC does not have any more money to pay them". It is understood that high-performing providers are facing Train to Gain budget cuts of between 25 per cent and 75 per cent, with many around the 50 per cent mark.

"In many cases, providers were encouraged by their regional LSCs at the start of the year to respond positively to as much local demand as they were able," the spokesman added.

ALP is questioning why the cuts for next year are occurring when it has been confirmed that the government’s planned 925 million pound total budget for its flagship training scheme is fully secure. Members are hoping for a clear indication of where the money is going from Skills Minister Siôn Simon when he addresses their conference on Thursday. 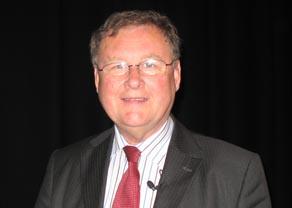 Training providers are predicting an underspend for the government’s Train to Gain and apprenticeship programmes next year, despite the large growth in employer demand for…

The National Audit Office (NAO), the government spending watchdog, released a report earlier this week criticising the Train to Gain programme as "unrealistically ambitious". The…