The Institute encourages adult education at all levels and in September launched their “Sign Up Now” campaign nominating around 50 learners in their 70s, 80s and 90s for this award. Despite their age, the learners were enrolled on an extremely diverse and innovative range of courses including IT, digital photography, pottery and higher education degrees relinquishing the common misconception that education is only a domain reserved only for the young.

An incredible sense of drive and commitment is exuded by these learners who take up courses simply because they are interested, enthused and passionate about a certain topic proving that the older often wiser mind is ever curious and hungry for learning.Bernard Herzberg has just begun an MA in African Economics and Literature at the School of Oriental and African Studies (SOAS), having recently completed an MA in Refugee Studies at the University of East London (UEL).

His life-story is indeed a fascinating one as he was forced to leave his native Germany foreseeing the approaching troubles there and spent 50 years living in South Africa where he worked as a union organiser and an activist before moving to London. It was at the age of 80 that Bernard recommenced his learning to satisfy his intellectual aspirations. He began by completing a degree in German and German Literature at a university in London as an external student over the course of five years. This clearly demonstrates his utter commitment, zeal extraordinary enthusiasm as he had only used English and Afrikaans for the majority of his lifetime and despite the fact that German had originally been his native language. This showed great determination as Bernard had only been using English and Afrikaans and no member of his family spoke German.

It was three years ago that Bernard gained a place on the MA in Refugee Studies course at UEL. He stated that his original enthusiasm upon seeing the advert for the course was fuelled by the fact that he himself was a former refugee “back in 1933”. He claims he was forced to postpone his studying until later in life as he spent his early life coping with the financial demands of supporting a family and making a living.

He described his experience at the University of East London as “the most rewarding” completely unflustered by the age gap between him and his fellow MA students on the course. So impressed by the course was he that he considered staying on for a further degree. In the end, however, as he stated: “I was planning to study for my Doctorate here at UEL but decided on another MA instead because three years is a long time at my age!” He extended many thanks to all for “honouring” him and for “making the subject of migration more than an academic one – it is a matter of grave concern for all humanity.”

Professor Michael Thorne, Vice-Chancellor of the University of East London, described Bernard as a wonderful student who had “inspired his tutors and colleagues alike with his passion for learning and depth of experience.” More than half the university’s students are mature students which he claimed brought “a wealth of life experience to our community.” He said that mature students are in general very highly motivated as they have made a personal choice to return to education, and he highlighted the importance of providing these people with an opportunity to fulfil their “lifelong passion for learning.”

Jim Soulsby, Development Officer for NIACEs Older and Bolder Team, stated that all older people, when given the opportunity to learn, could then “use their learning experience to better explain their message and philosophy.” He commended Bernard’s passion for learning, and his “wish to leave a record for others.” Soulsby also stated that Bernard provided a “shining example” of the fact that “it is never too late to learn.” emphasising that all courses including heavily academic courses such as postgraduate degrees should be open to people of all ages.

Tell us your FE inspirations in the FE Blog 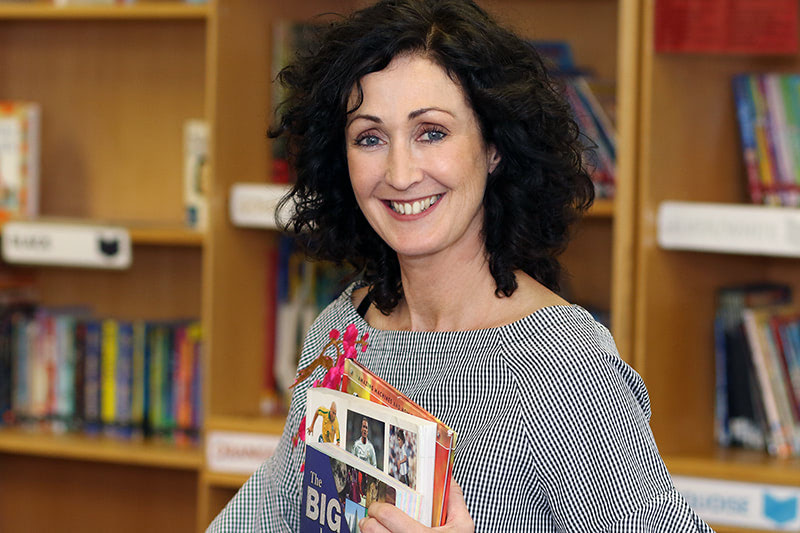 London South East Colleges student, Catherine Tolfrey (49) from Bromley, has had two different careers already but neither compares to the one she is pursuing…

Millions of children across the UK are kick-starting a brand new academic year this month, but a new campaign, from the National Institute of Adult…

“ A group of adult students from West Cheshire College learning German decided to put their learning to good use. They headed to the small…

“Der Tag der deutschen Einheit ““ which roughly translates as German Reunification Day – is a very important day in Germany and central Europe. A…