Learning pioneer Robust Training has launched the second in a fleet of six buses designed to take the training message into the community and get in touch with disaffected youths.

Robust Training, which unveiled the new vehicle in Liverpool earlier this week, aims to bring innovative approaches and ideas to people currently not in training, and encourages them to obtain recognised and relevant qualifications in a wide range of vocations.

The mobile learning centre, known as the Activtraina, is a specially-adapted 40ft bus that aims to bring training young people who are never seen anywhere near a job centre or college.

The Activtraina specialises in music and comes equipped with music mixing machines, DVDs, satellite television, games, drum machines and computers with access to the internet via an onboard satellite system. The bus contains gadgets that appeal to age groups who may have dropped off the official radar.

"We are using the bus to grab the attention of hard-to-reach young people, hopefully showing them the attractions of training to get a worthwhile job," said Robust Training’s chief executive, Roger Lynch.

"Too many young people are failed by their school, and leave with few or no qualifications, and give up hope. We are using the Activtraina to show Britain’s forgotten young people that there are many opportunities out there, via the vocational training route, to acquire skills that are valued by employers and pay well."

Up to 20 learners can board the vehicle at a time, where they can then access the internet and awarding bodies, including City & Guilds and EDI, as well as phones to contact employers and agencies.

Mr Lynch hopes to "make many more professionals in this field aware that there are solutions to the difficult task of reaching out to the Outreach cohort they rarely see or talk to".

Robust Training has come to Brussels to launch its latest mobile learning centre, the Activtraina, to European government and employment professionals. And to explore needs… 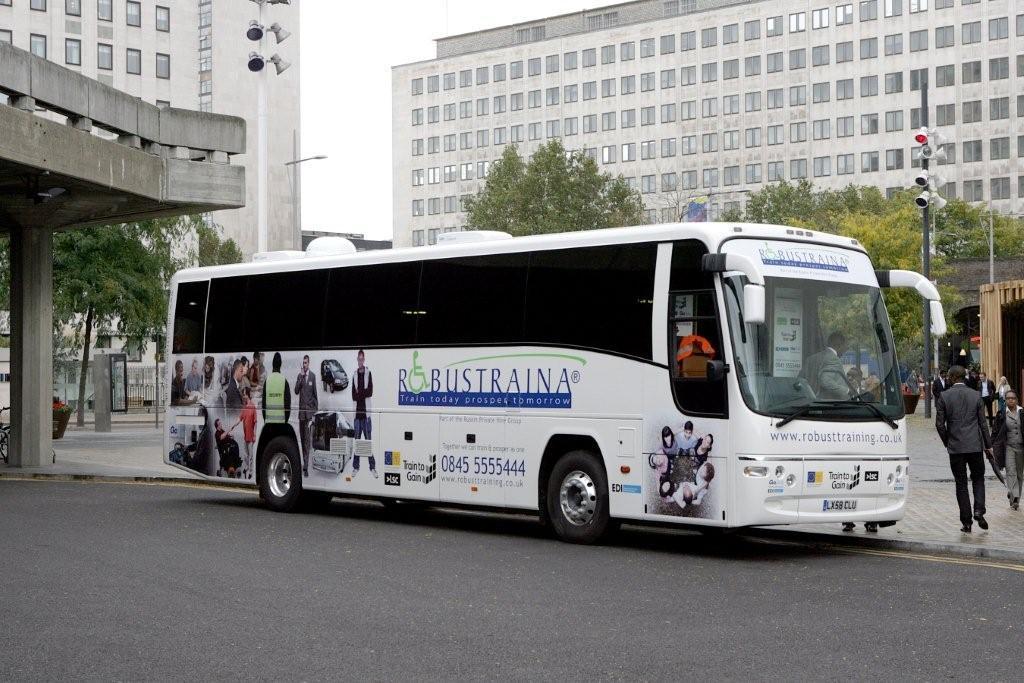 Young people not in education, employment or training (NEET) in Herefordshire and Worcestershire are the target of a new programme to help them find their…

Ed Balls, Secretary of State for Children, Schools and Families, has announced plans to take forward the Government’s 14-19 agenda. The new measures will see…

The National Skills Academy for Creative & Cultural Skills has won £5m funding for a new national centre in Thurrock, Essex. The state-of-the-art development will…