Team UK has arrived in Leipzig, Germay, on the hunt for medals at the 2013 WorldSkills competition.

The team comprises 33 competitors aged between 18 and 25, who will compete in 30 skills ranging from electrical installation to landscape gardening.

The UK is currently ranked fifth in the WorldSkills ranking ahead of France, Germany and China – after securing five gold, two silver and six bronze medals at WorldSkills London 2011. This was the UK’s best ever result in the 62 year history of WorldSkills.

We wish Team UK the very best of luck.

Click on the video below to see the team as they arrive before the competition kicks off in Germany:

FE News catches up with Elfi Klumpp, the official WorldSkills representative for Germany at WorldSkills London. Elfi talks about the transition from Calgary 2009 to…

Team UK got off to a great start on the first day of the WorldSkills 2013 competition in Leipzig, Germany. Click on the video below watch… 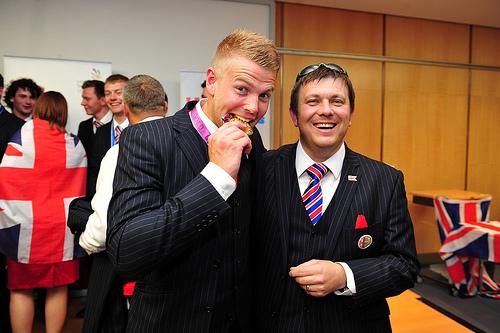 Jaine Bolton, from the National Apprenticeship Service and the new Official UK Delegate for WorldSkills, reflects on how Team UK performed in London 2011. Team…

Leipzig, in Germany, has won its bid to host the 42nd WorldSkills Competition in 2013. France’s Paris was also striving to host the globally renowned…

Young aspiring artists and designers are being invited to design medals for this year’s WorldSkills competition. Entrants between the ages of nine and 16 have…