Evidence of a gender imbalance in the UK construction industry should come as no surprise to anyone, even in 2021. And though the misconception of men dominating the STEM subjects can be disproved through a quick Google search (female students outperform male students), the same results continue to suggest there are continual obstructions to women participating in subsequent industries.

According to reports, sexism, a lack of role models, and anxiety over career progression prevent women from pursuing a career in construction and engineering. Of course, these are genuine and important factors that must be addressed. However, for Britain in particular, the foundations of the problem lie deep within the sector. By the second quarter of 2020, female employment in the construction sector was only 15 per cent to that of men.

Is the UK construction and engineering sector excluding women as a viable workforce, or are people excluding the industry from their prospects as a viable career?

You may often hear the phrases of depreciation when discussing the lack of females in the construction and engineering sector – “we treat it as a man’s job” or “girls are raised to believe they can’t”.

However, while this may have been the case well over a decade ago, there is no evidence of any gender biases at an education level. Work continues to deconstruct these perceptions, but the suggestion that an entire sector is gender-exclusive is rejected in the classroom.

Evidence suggests that female students recognise engineering as a viable career for them, and see little difference in whether it is suited more for one gender.

A report published by EngineeringUK in 2020 tracked the gendered perception of engineering from 2015 to 2019:

The evidence is conclusive, recording that there is no belief system in girls that engineering and construction is not a viable career option. Certainly, the abilities of girls in the educational setting do not pose any barriers to the sector. Therefore, the perception of construction as an appealing career may be the most significant factor in preventing people from entering the industry.

Groups of 11-14-year-old girls and 16-19-year-old girls show a declining aspiration for engineering as a potential career. Clearly, even more must be done to prove that this is a desirable career for aspirational women. The lack of female role models in the construction sector may also contribute to these disappointing results.

However, when compared with boys at similar ages, it’s important to note that they too showed a similar declining interest in the last four years.

Gender stereotypes can certainly contribute to the construction industry as a viable career option, but clearly, girls believe that pursuing engineering as a career is something that they are capable of doing if they desired. EngineeringUK concluded that: “Barriers to pursuing STEM education and engineering careers — those relating to a lack of knowledge of engineering, for example — may be common to both genders and point to the importance of stepping up engagement with all young people.”

Construction and engineering in the UK, it appears, is failing to show that it is a desirable career option to either gender. The consequence of this is more than having a distinct lack of female engineers, the problems within the sector are only emphasised by the continued gender stereotypes of masculine roles.

If not just for women, how is the construction and engineering sector failing to attract everyone?

The perception of titles

Data suggests that, when compared to Europe, the UK ranks lowest on the representation of women in the construction and engineering sector.

The perception of a prestigious career is the reason, according to civil engineer Jessica Green. She believes that similar occupations, such as architecture, are appreciated more than her misunderstood career. She admits that she “turned [her] nose up at engineering”, after believing the job would create a lifetime of standing “dressed in overalls” and “working in tunnels”.

Green concludes that this is the image that was presented to her in the UK. Even though the career requires years of academia and a large amount of training, she feels that she is denied the prestige that other careers are awarded. People do not want to consider a career without a sense of achievement.

This is the opposite of countries like Spain and other European nations, where the title of an engineer is regarded with the same occupational prestige as that of a doctor or lawyer. It requires six years of work to achieve this title. For this reason, Green believes Spain achieves its impressive equality in her field of work.

Of course, the term “engineer” is broader in the UK. It can represent many people throughout the construction sector from many different levels. This creates an ambiguity into what the role actual is, and what a person may be qualified to do. This unknown contributes to the disappointing representation of talented construction engineers compared to other careers held in high regards, such as doctors or lawyers. The apprehension often creates the perception of overalls and yellow hard hats, though the construction sector relies on many engineers working in office environments or in a digital field.

The construction and engineering sector must innovate its approach to recruiting in the UK. This appeal must be refreshed for men and women. The evidence shows that female students are approaching the sector with an open mind and with confidence. But they are being let down by an industry that asks people to prove themselves worthy of a promising career. In fact, it is the construction sector that needs to work to prove itself to their prospective employees.

Diane Boon, Director of Commercial Operations at structural steelwork company Cleveland Bridge, states: “To be a woman in engineering — as with everything in life — you need to work hard. But so do the men. Being a woman has neither helped nor hindered my career in this incredible field. What engineering needs to do smarter is raise its profile, make itself more appealing to future generations — it needs to reposition itself.”

The future of UK construction and engineering lies in the hands of the sector’s female leaders. By recognising engineers in this country with the same prestige that other European countries do, we can achieve an appealing and competitive workforce and achieve better gender representation within the industry. 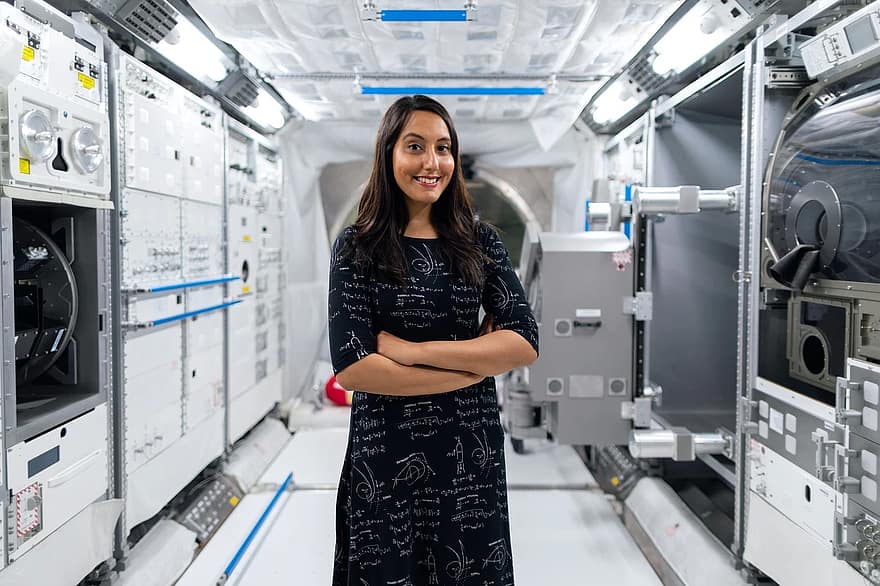 There’s no denying that there is a gender imbalance when it comes to engineering. In the UK, only 12 per cent of engineers are female.… 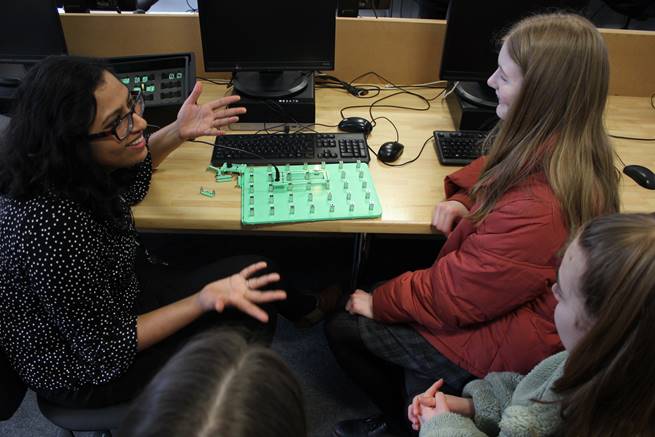 This week, in conjunction with #InternationalWomensDay @BCoT invited female students from The @CostelloSchool to a workshop in our #Engineering department where they could find out… 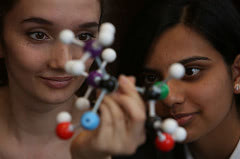 Five young women engineers have a “pillow fight” using drones and explosives, turning the typical stereotype on its head, in this latest video from IET.…