A TRANSFORMATIONAL £560 million scheme to improve the maths skills of hundreds of thousands of adults across the UK is set to unveiled by the Chancellor.

At Wednesday’s Budget and Spending Review, Rishi Sunak will announce that up to 500,000 people will benefit from Multiply with improved basic numeracy skills through free personal tutoring, digital training, and flexible courses.

More than 8 million adults in England have numeracy skills lower than those expected of a 9-year-old with the North East, West Midlands and Yorkshire and the Humber worst affected. And by the age of 30, people with poor numeracy skills are more than twice as likely to be unemployed as their peers.

It is estimated that maths adds over £200bn in value to the UK economy – almost 10% of the UK’s GDP.

According to research, improving numeracy skills can increase your pay cheque by 14%, and reduce joblessness by half – boosting the economy and changing lives.

“Low numeracy blights lives, holding millions of people back from fulfilling their potential and it comes at a huge cost to the economy. We need solutions that reach and engage people with low numeracy to build confidence with numbers as well as skills, as a steppingstone to further learning and opportunity. National Numeracy is delighted with the announcement of the government’s new ‘Multiply’ scheme, which promises to help improve the numeracy of hundreds of thousands of people.”

Launching in the Spring, Multiply will give people who don’t have at least a GCSE grade C/4 or equivalent in maths access to free new flexible courses to improve their maths.

It will also include a new website with bitesize training and free one-to-one online tutorials to help hundreds of thousands of people improve their maths in every part of the United Kingdom.

The programme will be funded through the new UK Shared Prosperity Fund, which replaces the EU’s Structural Funds, which were previously divvied up and distributed by the EU.

Funding for the UKSPF will increase to £1.5bn per year, meeting the Government’s commitment to level up all parts of the UK. The Multiply scheme is the first step of the new Fund, with further investment provided for Scotland, Wales and Northern Ireland.

Rather than the EU’s scatter gun approach, the UK Shared Prosperity Fund will ensure the UK Government can target funding where it is needed most – through schemes like Multiply which will help level-up the UK

“It’s good to see a new focus on improving skills like numeracy and literacy. These are the skills that people need to be equipped with to be successful in today’s tough jobs market, and we know those furthest from work often struggle with maths. It’s crucial that at every age people have the opportunity to pick up new skills that they might not have learned in school.

“Many businesses are currently struggling to fill vacancies in sectors like hospitality and this will help by expanding the potential pool of those eligible. After being equipped with these vital skills, we know small employers are excellent at providing local opportunities and further upskilling.

“With funding being distributed through the UK Shared Prosperity Fund (UKSPF), it’s critical that small firms are at the front and centre of this, with a specific focus on businesses based in areas that need levelling up. Policymakers must realise the ambition of business owners in these areas. Providing the right support here will really ramp up productivity. It’s important that each part of the UK at least maintains previous levels of business support funding under the UKSPF when further details are announced.

“It’s critical this sits alongside measures to boost small firms ability to recover and employ. Expanding the Small Business Rates Relief to a rateable value of £25,000, removing hundreds of thousands of small firms from the scope of this tax, would make a huge difference to small firms in these regions, along with increasing the Employment Allowance, saving small businesses £5,000 rather than £4,000 on their annual jobs tax bills, and help them invest in their staff themselves.”

“It is absolutely right to be investing in adult skills, but this must be alongside proper investment in education recovery for the 8 million children and young people in schools now, otherwise the demand for this sort of intervention and investment will just continue to spiral.”

“The UK Govt made a clear commitment to maintain Scotland’s level of funding following the vote to leave the EU and we have delivered on that promise. This is good news for communities across Scotland who will continue to benefit from a range of important projects. Going forward, new arrangements will allow us to deal directly with communities ensuring money is spent on projects that matter most to the people of Scotland.”

“When Wales voted to leave the European Union in 2016, it was to do things differently. The creation of the Shared Prosperity Fund is an opportunity to make significant sums of money work far better for Wales and the wider UK, and that is exactly what our plans will achieve.

“We will create opportunity and level up places most in need by investing more money than we received while we were in the EU. This new fund – and others already in play – will target resources at those who need it most, investing in people, communities and businesses across Wales.”

Responding to news of additional funding for adults to improve their maths, Jane Gratton, Head of People Policy at the BCC, said:

“We welcome this as a positive step to improve adults’ access to the training they desperately need to be able to apply for higher skilled jobs.

“With more than one million vacancies currently available much more needs to be done to close the skills gap, improving numeracy sits at the very heart of that.

“This programme also addresses one of the key asks of the Workplace Training and Development Commission report, instigated by the BCC, for more bite-size skills training to address people’s needs.

“But solving the UK’s skills crisis will not happen overnight and will also require coordinated effort across business, government and the skills sector. Local Skills Improvement Plans, currently being piloted, offer a real opportunity to match business need and local training for the longer term.”

SUNAK MUST PROTECT MATHS FOR UK TO STAY ‘MATHS SUPERPOWER’

Chancellor Rishi Sunak must not to renege on the government’s commitment to an extra £300 million of maths funding in his Budget this week for the sake of future prosperity as well as climate change, campaigners have warned.

The Protect Pure Maths campaign claims the extra financial support for mathematical sciences provides a once-in-a-generation opportunity to cement the UK’s position as a ‘maths superpower’ and put the country at the forefront of efforts to solve the world’s most pressing and complex issues.

“The government deserves praise for its previous announcement of £300 million in extra support for the mathematical sciences. But it must follow through on that promise,” said Jon Keating, President of the London Mathematical Society.

“That funding will not only confirm the UK as a maths superpower but it has the potential to spawn solutions to humanity’s most vital challenges.

“Maths, including pure maths, underpins the most urgent technological developments from Artificial Intelligence to quantum computers and driverless cars.

“Maths remains vital to modelling the Covid-19 pandemic and to creating and rolling out vaccines. It could play a similar role in getting to the heart of climate change.

“However, the focus of Protect Pure Maths is not limited to funding. We want parliament to recognise the contribution of maths – to the economy and to society – with an inquiry and in the name of the

Science and Technology Committee. And we want to ensure that young people are encouraged to and able to study maths across the UK to the highest level to ensure that the golden thread of excellence that runs from Sir Isaac Newton and Ada Lovelace to the Nobel prize winners of today continues into the future.”

Number 10 announced in January 2020 that it would provide £300 million of new money to fund experimental and imaginative mathematical sciences research by the very best global talent over the next five years.

£100 million of that has been delivered allowing many more PhD programmes and innovative studies to begin. However, maths departments are anxious that the rest of the funding is confirmed to allow for longer term planning and to ensure students complete their studies.

Maths has provided the means to develop many of today’s vital technological breakthroughs including GPS systems, artificial intelligence, MRI scanners and government codebreaking at GCHQ. Maths lies at the core of climate modelling and today’s mathematicians could hold the key to solving or mitigating climate change.

The Protect Pure Maths campaign was set up by the London Mathematical Society and others earlier this year. As well as calling for the extra funding to be confirmed the campaign has asked that parliament’s Science and Technology Committee changes its name to reflect the importance of maths – becoming the Science, Technology, Engineering and Maths (STEM) Committee and that MPs hold an inquiry into maths in the UK.

Reach new heights with Multiply.  The government’s new £560 million programme to help transform the lives of hundreds of thousands of adults across the UK… 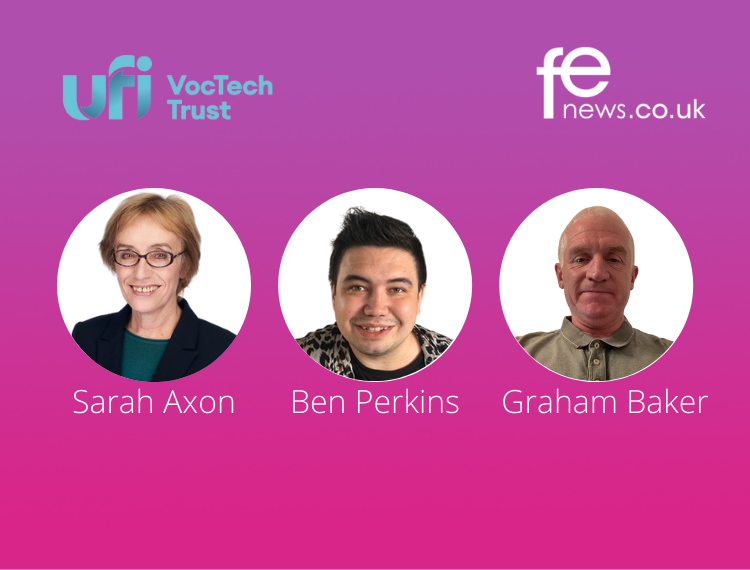 It’s number confidence week and numeracy in the UK has once more hit the headlines. In his autumn spending review last week Rishi Sunak announced…

The government must adopt a new approach to adult numeracy to focus on the skills needed for everyday life, according to lifelong learning NGO NIACE.…