Episode 6 of 9 BFELG Livestreams #AntiRacismInAction – Making the Most of an Ethnically Diverse Britain, aired today, November 8. The Episode was co-produced by BFELG and FE News, co-anchored by Gavin O’Meara (CEO and Head of Digital, FE News), and Stella Mbubaegbu CBE, BFELG Director, and introduced by Janak Patel – one of the founding Directors of the BFELG. Janak talked about why Ant-racism is important to him. Having experienced the impact of racism in both his personal life and his professional life, having seen the impact on him and the communities he lives and works in, and having seen how recent events have exposed the racism in society, Janak called for immediate action to deliver a just and equal society.

Focusing on the West Midlands, today’s episode is the third within the Livestream series to explore place-based, system leadership of #AntiRacismInAction.

Like Episode 5 #AntiRacismInAction: West Yorkshire before it, Episode 6 is of particular interest because barely a year ago, in November 2020, the Independent Commission on the College of the Future, a UK-wide, four nations process, published The English College of the Future: A nations specific final Report. Of particular interest in the summary of recommendations are: Colleges as anchor institutions within the wider local and regional ecosystem; Skills guarantee for a post-COVID economy and future labour market changes; Diverse and representative systems leaders and, A new strategic partnership with employers.

So how are The English College of the Future recommendations playing out in West Midlands, in the context of the implementation of the FE White Paper ‘Skills for Jobs’ , West Midland Combined Authority plans and the imperative – Making the Most of an Ethnically Diverse Britain? Is there an ambition to make the most of an Ethnically Diverse West Midlands considering that the region’s population will grow substantially over the coming two decades and is set to become significantly even more ethnically diverse by 2061?

According to the UK Office for National Statistics Birmingham’s resident population was 1,140,500 in 2020. It is the largest of the 8 core English Cities and has a youthful age profile. Birmingham is the second largest city in the United Kingdom – London being number 1. However, Birmingham is even more ethnically diverse than London. It is predicted that Birmingham will be confirmed as a majority minority city in the 2021 census.

Today’s Guests, Mike Hopkins MBE, Principal, South & City College Birmingham and Pat Carvalho, Principal and CEO, BMet were well placed to share their insights into the practicalities, challenges and opportunities of system and place-based leadership of Anti-racism in West Midlands. Both CEOs were early signatories to the BFELG ‘Open letter’ and both Colleges are BFELG Affiliated Organisations. Affiliation provides them access to a framework of support and services for deep cultural change – #AntiRacismInAction, using the BFELG 10 Point Plan Diagnostic Toolkit as a departure point.

Both Colleges are members of Colleges West Midlands (CWM), a formal strategic partnership of 20 Colleges, including all colleges within the West Midlands Combined Authority area. Members work together to support skills development across their regions, contributing to increased economic prosperity, social cohesion and inward investment, and responding as a single voice to new initiatives and government reforms. Collectively, they have a combined annual income of over £611 million, employ over 11,000 staff and support over 252,000 students every year and engage with 12,000 employers.

Set up in 2016 to deliver an ambitious plan to drive inclusive economic growth in the region, West Midlands Combined Authority (WMCA) is made up of 18 local councils and 3 local enterprise partnerships (LEPs). CWMA works closely with WMCA. The colleges have identified

Co-anchors and Guests – Pat Carvalho and Mike Hopkins, discussed the opportunities and challenges for their colleges. They also considered college local leadership roles as anchor institutions post-Covid in terms of their future student base, curricula and interface with their communities, including local employers. All these have been identified as crucial to future relevance, growth and sustainability of colleges.

BMet comprises of Matthew Boulton College, Sutton Coldfield College, James Watt College, with sites at Erdington Skills Centre, and Birmingham Botanical Gardens. It is one of the biggest education and training providers in the region and offers full time courses for school leavers including A Levels, apprenticeships, vocational qualifications, full-time Access to Higher Education courses, part-time adult professional development, entry level and recreation courses as well as full and part-time degree level study. 61% of BMet students are from *Black groups.

Guests talked about the unique opportunities and challenges faced by the West Midlands in respect of ethnic diversity, and the success factors in seeking to address these; their respective organisational responses to ethnic diversity, and the steps being taken to move forward on this agenda. They also touched on their roles as ‘custodians’ of the future legacy for their communities.

Guests recognised the imperative of placing ethnic diversity at the heart of their considerations, particularly within LSIPs, in the context of devolution of the adult skills budget to the Combined Authority.   The role of employers in recognising and enacting their responsibilities in investing in skills and training, including in developing diverse talent, was also identified as being critical. Employment rates for people from *Black communities are low.

Pat Carvalho shared how affiliation to the BFELG is helping to shape BMet’s plans particularly the need for safe spaces for all staff and students; the use of the SALT framework in line with how they are reimagining the characteristics of high performing teams; training for their managers and the need for them to do this in the context of Brum. Also, within this how it’s been important to engage governors first. Mike Hopkins shared particular actions being taken by South and City College on their Anti-racist journey.

Watch the Livestream to hear Pat Carvalho and Mike Hopkins talk about their respective drivers for #AntiRacismInAction, their tips for other leaders and key players to accelerate progress towards reflecting their communities and their individual dream scenarios for Anti-racism.

Tune in on Monday 15 November at 9.30am for another place-based Episode – #AntiRacismInAction: Liverpool City Region. 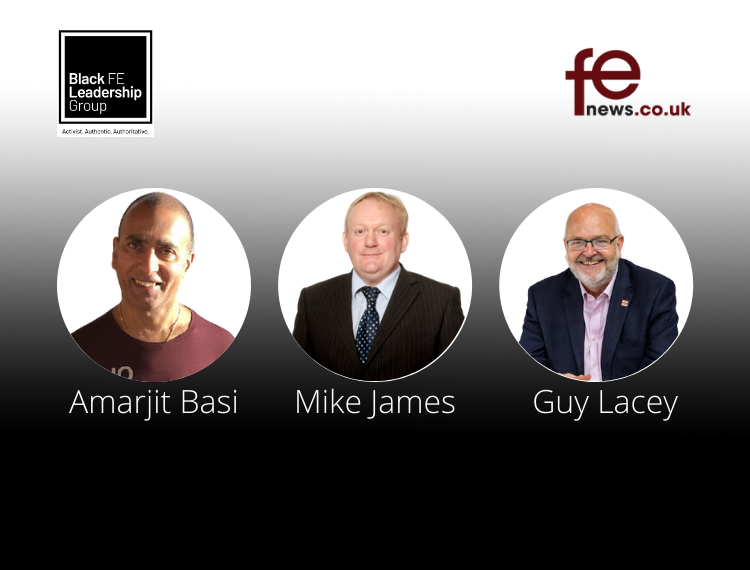 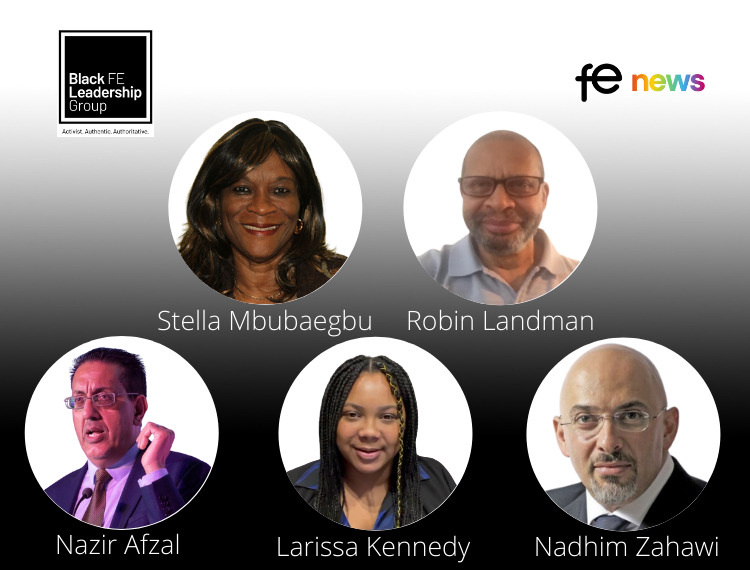 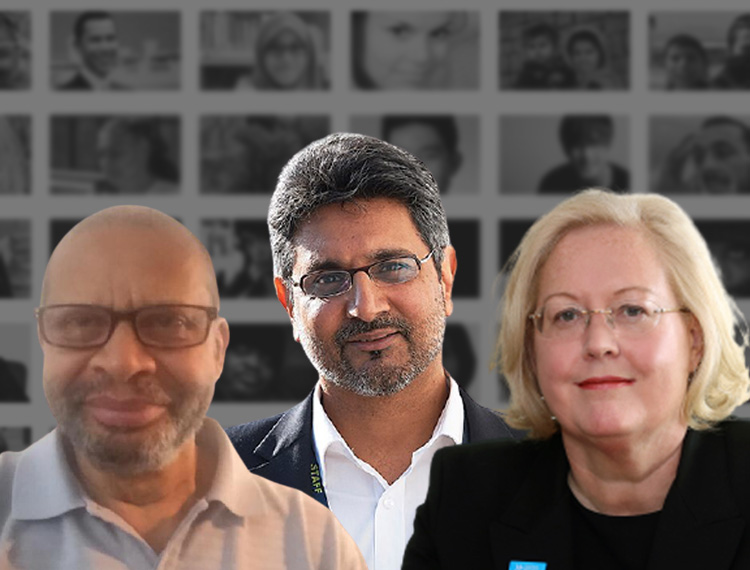