Home » Employability » The brewery supporting homeless Londoners back into work

The brewery supporting homeless Londoners back into work

One of the capital’s fastest growing new businesses, Pinter, has embarked on a major ‘diversity recruitment’ drive, with a focus on hiring homeless job seekers.

Pinter has partnered with Beam, a social enterprise that upskills homeless Londoners through crowdfunding and matches them with reputable employers in sectors ranging from manufacturing to healthcare. Pinter has hired 17 team members through Beam.

22 year old Gordon lost his job as a result of Covid-19, which led to him becoming homeless. He crowdfunded £2,821 through Beam to pay for a rental deposit, homeware essentials, a laptop and work attire. Beam supported him into a job as a warehouse operative at Pinter, where he’s been working since April 2021.

“Before the pandemic I was employed but lost my job because of COVID-19. You never know what’s going to happen in life because it always throws you curve-balls. Beam helped me get back on my feet by providing me a job with Pinter. I really enjoy working here, it’s a young team and feels like a community – everyday is fun. Since I’ve been employed, I’ve gained a lot more independence. I can now work towards my long term goal of financial freedom. I want to have my own business one day, I’m going to be an entrepreneur, not an employee.”

Another person who has benefitted from the partnership is 21-year-old Miah. Before Miah approached Beam, she had experienced difficulties with her housing, moving between different friends and family members to get by. After crowdfunding £2,926 from 309 members of the public, Miah was able to start working with Pinter as a warehouse operative in March 2021 and will soon move into her own privately rented flat.

“It’s a good job, people are really attentive and friendly. Pinter has helped me grow and enabled further opportunities for me such as experience working in different parts of the business. In the future I would like to move into the film and music industry as a producer.”

“At Pinter, we are committed to putting people first- from our customers to our team. One of our earliest achievements since the launch of the Pinter was to achieve Living Wage Foundation accreditation to demonstrate our continued commitment to put people first. We have experienced rapid growth so the need to find great people has been more important than ever. We are proud to partner with Beam to find amazing team members and would encourage other companies to get involved!”

“By preparing hundreds of homeless people for the world of work, we’re tackling one of the biggest inequalities in our society, at the same time as providing employers with greater access to overlooked talent. We’re excited to support Pinter on their ethical recruitment drive, and it’s been incredible to see so many of our beneficiaries finding quality employment in such a short period of time.” 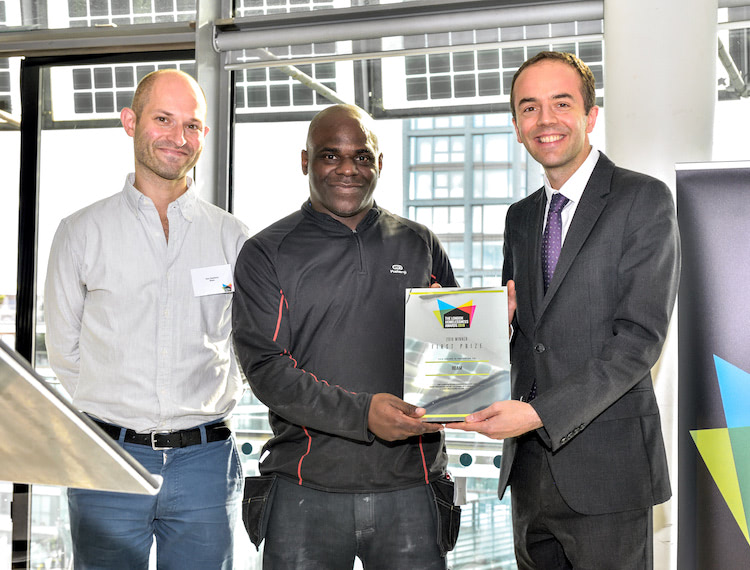 The best long-term solution to homelessness is rewarding, paid work and independence Homelessness in London is impossible to ignore, with nearly 9,000 people sleeping on…

“ Oxfordshire County Council has won government funding worth £80,000, to help set up a network of centres for the homeless in Oxford. The proposal… 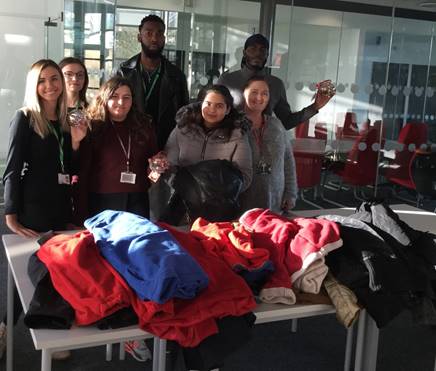 The ‘Wrap up London’ project collects peoples’ old, unwanted coats and gives them to charities that support the homeless. Students took turns to man the…