Today’s report published by the Institute for Fiscal Studies, reveals that further education spending per student remains lower than in 2010 in real terms

These are among the main findings of the second annual report on education spending in England, funded by the Nuffield Foundation, published Thursday 19 September 2019.

Looking at other parts of the education system, they  also find:

“The Institute of Fiscal Studies report confirms what all of us who work in school sixth-forms and colleges know; further education has, to quote the previous Prime Minister, ‘been overlooked, undervalued and underfunded’.

“The new investment in FE announced by the Chancellor in the budget is, I hope, the start of a step change in the value that Government attributes to Further Education.

“I am optimistic that as both Sajid Javid (as Chancellor of the Exchequer) and Gavin Williamson (Secretary of State for Education) went to colleges, we are entering a positive phase for colleges.  As a nation, we need world class schools, universities and colleges!”

“Today’s IFS report, highlighting sustained cuts to FE over the past decade, makes for sobering reading. Growing student numbers, technological change, economic uncertainty and longer working lives should mean that now is the time to invest more in the skills of young people and adults, not less.

While the recent announcement of £400m extra funding for 16-19 education is welcome, this falls far short of what is needed to prepare young people for work and wider life. And with no additional investment in adults, it is no surprise that participation in adult learning and training has fallen to a record low.

If we are serious about boosting productivity, tackling inequalities and improving opportunity for all, then our ambitions must be matched with long-term investment.”

“Further education and sixth-form colleges have been left underfunded and unloved. Today’s report shows that the Conservatives’ one-off handout is far short of what is need to reverse historic cuts. Colleges teach more specialist subjects in smaller classes, so why do we pay them less per pupil than secondary schools?

“Liberal Democrats demand better for our young people. That’s why, at Conference, we approved a range of policies to save our colleges, including raising the rate for 16-19 education and creating a Young People’s Premium for FE students.

“It’s a package of investment worth over £1 billion extra a year, so that our colleges can afford the best staff and resources, rather than having to budget for the basis. Every young person should have the skills and knowledge they need to succeed in the modern world.”

“This IFS report confirms our belief that the additional money announced in the Spending Round is insufficient. They point out that even after the Spending Round, schools still have to cope with an unprecedented 13-year long funding squeeze.

“Importantly, the report, like last year’s, draws attention to the crisis in 16-19 education which still needs an additional £1bn a year to deal with cuts.

“The report also demonstrates the Government’s priorities. Funding has been removed from policies that helped reduce inequality and helped children overcome adversity. These services have been reduced to the point where all they do is fulfil minimum legal duties.”

“We recently announced a £14billion investment in schools – the biggest cash boost for a decade, which the independent IFS has said will restore schools’ funding to previous levels in real terms per pupil by 2022-23.

“Alongside this, we announced a significant real terms increase in funding for 16 to 19 year olds in 2020-21 to make sure we can continue to develop world class education to rival countries on the continent. We also provided £700 million extra for children with Special Educational Needs and Disabilities.

“Together this package will give all young people the same opportunities to succeed and access the education that’s right for them regardless of where they grow up. The Prime Minister is clear that education is one of his main priorities, and we want a system that boosts productivity, improves social mobility and equips children and adults with the skills and knowledge they need to succeed.

“We are continuing to invest in our world-class higher education system, supporting both students and universities. The Government subsidises around 50% of the cost of higher education – helping to make the UK one of the top OECD countries for overall spend per student”

Big new money for schools and FE, but FE spending still over 7% down on 2010 while no growth in school spending per pupil for 13 years 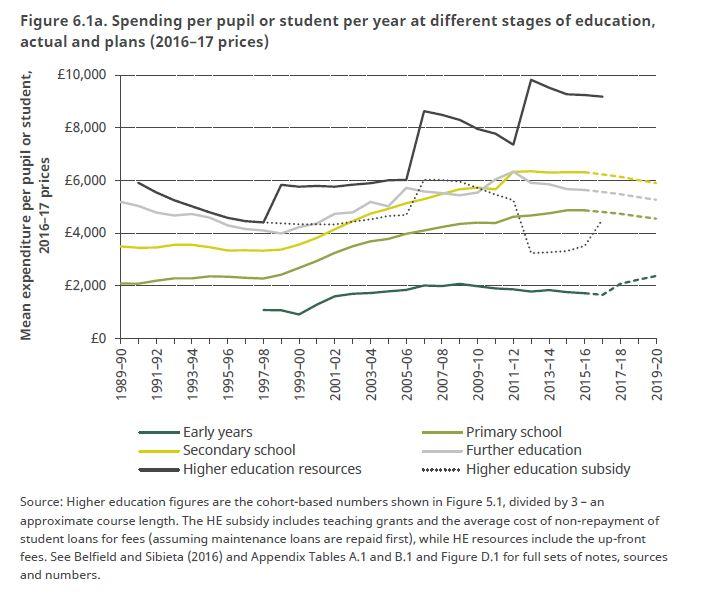 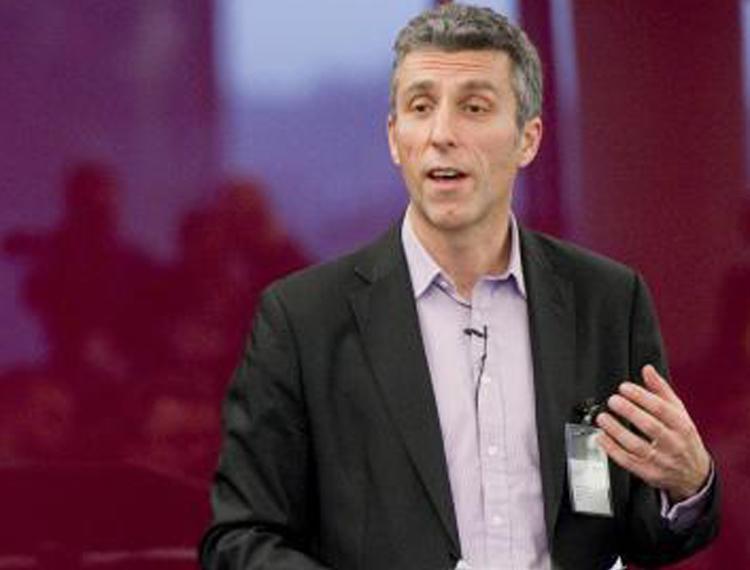