CZIE is a top ranking vocational college in China, initially established in 1958. The introduction to the institution was made by Welsh Government, Shanghai, who also helped to organise the event.

The virtual signing ceremony, hosted on Tuesday 19 October, was attended by around 100 students and staff in China, including the President and Vice President of CZIE, colleagues from Welsh Government in China and Cardiff, and WorldSkills UK.

Steve Williams, Electronic Engineering Curriculum Leader at the College, presented a feature on WorldSkills and the system used by Gower College Swansea to train students. The presentation included practical demonstrations from Rhys Watts, demonstrating how the theory is turned in practice. The workshop was well received with several questions at the end.

The aim of the partnership is to work together on a number of areas including cooperation in skills training and curriculum development, student exchange visits, and friendly skills competitions. CZIE will be a training base for Gower College Swansea students attending the Shanghai WorldSkills Competition in autumn 2022.

“Gower College Swansea is delighted to announce its first College partner in China as Changzhou Vocational Institute of Engineering. Internationalisation is a priority of the College, and China has been our number one focus for some time,” said Mark Jones, Principal of Gower College Swansea.

“Over the years, we have had several hundred students from China, studying A Levels with us, many of which have progressed to some of the finest universities in the UK, including Oxford and Cambridge. However, this is now a great opportunity for us to focus on vocational and technical education in China, so this will be a first for us!” he added. 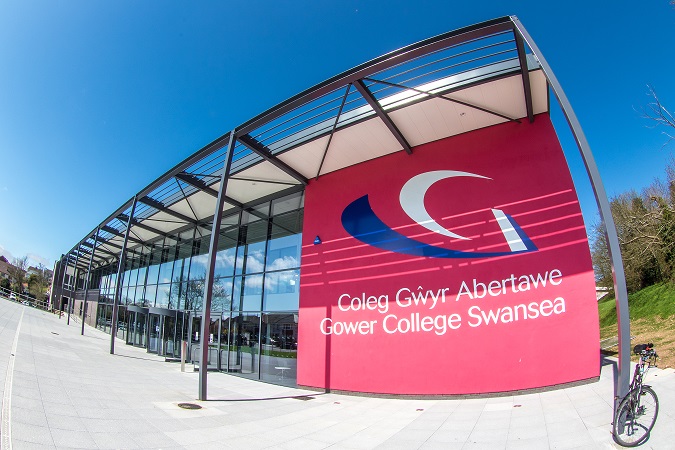 Gower College Swansea has signed a Memorandum of Understanding with Changzhou Vocational Institute of Engineering (CZIE), China. CZIE is a top ranking vocational college in…

Four Gower College Swansea students have made it through to the WorldSkills UK national finals for Industrial Electronics, which take place at the NEC in…