As part of the STEM (Science, Technology, Engineering and Mathematics) project, which sees Borders schools working in conjunction with Borders College on the STEM subjects, pupils from Eyemouth, Berwickshire, Kelso and Gala secondary schools all took part in the race.

The Greenpower car build initiative sees each school help to build and maintain their cars. Some tweaks were made prior to race day, including Eyemouth making some last minute suspension modifications and Galashiels completing a full brake system overhaul. Kelso had a brand new car, which they built from scratch.

Eyemouth F24 team (The Beast from the East) finished third in two races, allowing them to qualify for the Greenpower finals, which will be held at Silverstone on 17th October. Their F24+ team received the trophy for the first placed kit car and are also eligible to compete in the finals, having narrowly missed out on a podium place. Eyemouth also picked up the Best Portfolio award.

Good preparation saw Berwickshire have two steady races, with their car finishing fifth in the first race and fourth in the second, with four drivers sharing the driving and pit crew duties.

Kelso High decided to change the gearing on their motor and also change to slick tyres, and were praised for their engineering skills when carrying out the repairs. They finished sixth in the first race and fifth in the second, and picked up the Best Newcomer award.

The Galashiels team, who were running the DYW car, ran well in practice, setting some good times. They finished in seventh out of 24 in their first race and seventh out of 14 in their second. The three designated drivers worked well as a team.

“The pupils love being involved in this STEM engineering project and to see them competing on race day with their finished cars is a joy. They competed well against some stiff competition and their teamwork was second to none. They did themselves proud. I would like to thank Alastair Martin of Kelso High, Richard Shaw of Berwickshire High and Paul Watson of Eyemouth High, who all helped out on the day.” 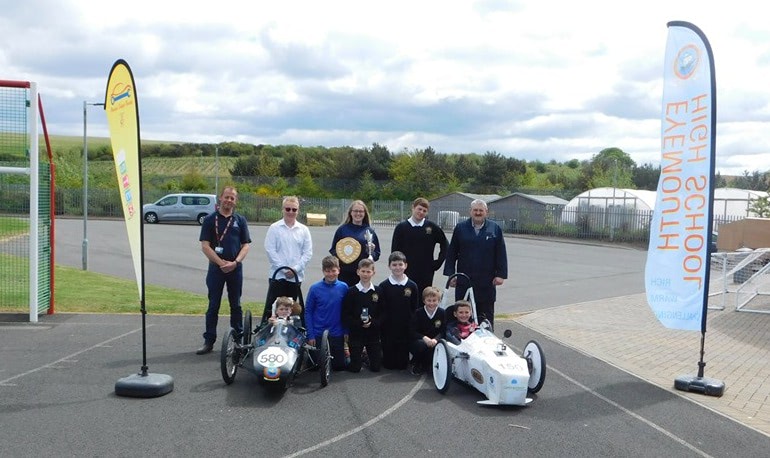 Borders College judges were delighted to award yet another Science, Technology, Engineering and Mathematics (STEM) award to Eyemouth High School, in recognition of their work… 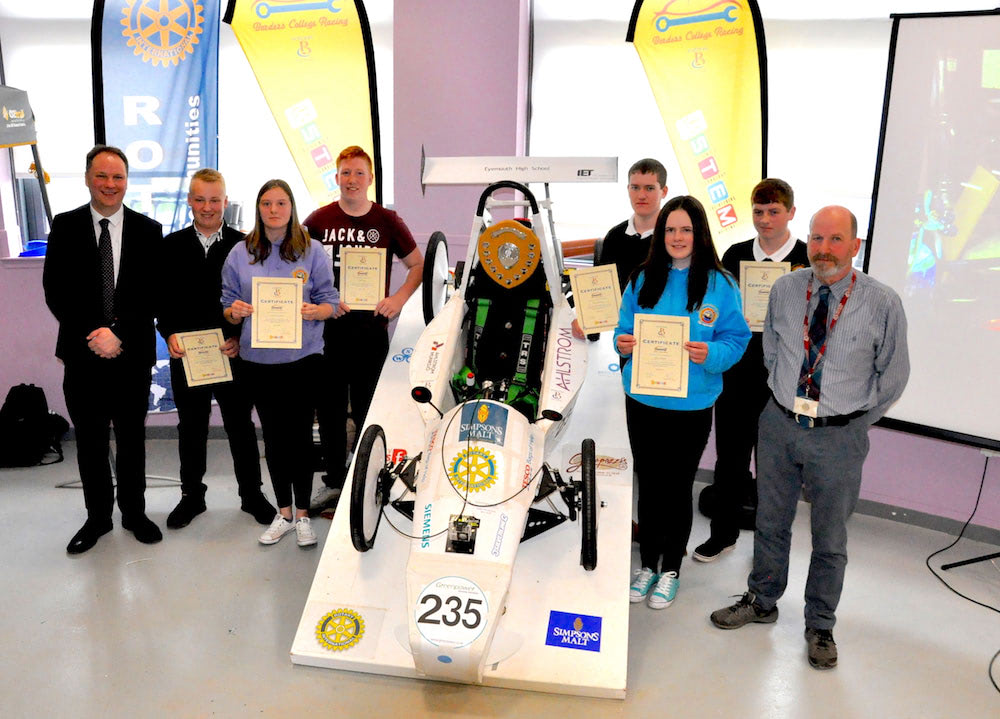 An innovative partnership between Borders College and Eyemouth High School which aims to change current views about engineering, and present it as a fascinating, relevant… 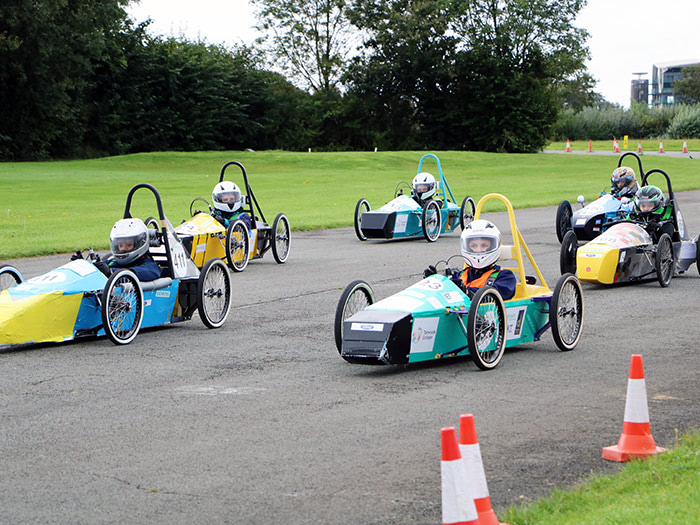 Tameside College’s ‘Greenpower’ challenge is bigger than ever this year with five schools taking to the racing track. Pupils from Denton Community College, Droylsden Academy,… 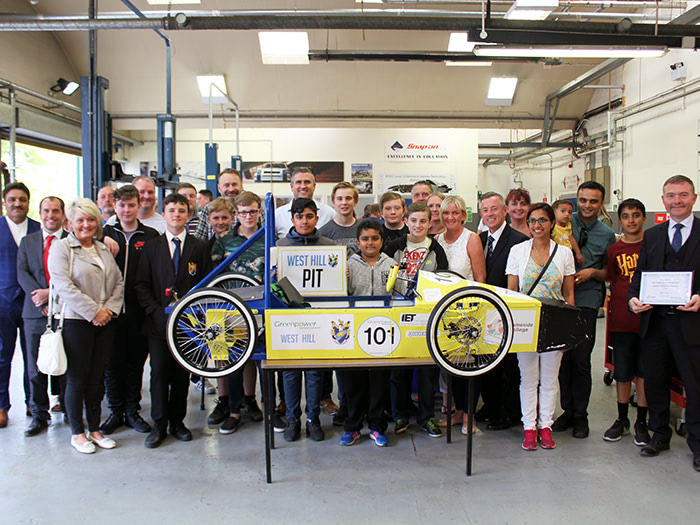 Pupils from Denton Community College and West Hill School built two electric kit cars to compete in the Greenpower Challenge, with the help of Tameside…