Government amendments being tabled today (Monday 13 June) to the Higher Education (Freedom of Speech) Bill will ensure free speech is not endangered by foreign actors exercising undue influence over our universities.

The amendments require the reporting of financial arrangements between universities and overseas individuals and organisations to ensure that UK values cannot be compromised.  As part of this proposed legislation, universities will be expected to share details of overseas funding from specified countries and could face fines or other consequences if there is a perceived risk to freedom of speech and academic freedom.

Universities and students’ unions will be required to provide this information to the Office for Students (OfS) so that they can better understand the possible extent of influence from foreign sources on freedom of speech. The OfS will include a summary of this information in its annual report along with trends and patterns of concern.

This amendment will be introduced to address the legitimate concerns over the influence of foreign money on freedom of speech and academic freedom in higher education, without stifling the ability of our world class universities to work with global partners.

The proposed threshold for publishing is to be set at £75,000 and will exempt countries listed in the Academic Technology Approval Scheme – a security scheme for certifying foreign students for entry into the UK to study or conduct research in certain sensitive technology-related fields. This means financial arrangements from countries such as our NATO and EU allies, as well as other countries such as Japan or Australia, will be exempt.

The Department for Education has also today opened applications for the role of the Director for Freedom of Speech and Academic Freedom. This new role on the Board of the OfS will oversee the new legislation, once passed, and in particular will have the power to sanction universities, colleges and students’ unions unlawfully restricting free speech.

“We are home some of the best universities in the world and for decades students have travelled thousands of miles across the globe to study here because of our values of free speech and academic freedom.

“It is right that we are taking new action to protect our universities from undue foreign influences that work against British values – this is a Bill that the rest of the world will take note of.

“Essential to the delivery of the promises within this Bill is the new role of the Director for Freedom of Speech and Academic Freedom. I look forward to working with the successful candidate to tackle these important issues and ensure we remain one of the most academically free countries in the world.”

Other government amendments to the Bill being debated in the House today (Monday 13 June) include ensuring security costs for events are not passed on by universities, colleges and students’ unions to prevent ‘no-platforming by the back door’.

Security costs must be covered by the relevant body and not be passed onto student societies or other event organisers as a way of deterring people from organising events, unless there are exceptional circumstances. This amendment comes in light of previous incidents including that a student society that faced a £500 security charge from Bristol University Students’ Union to allow the Israeli Ambassador to give a talk, while reportedly charging nothing to allow his Palestinian counterpart to do the same. The Union of Jewish Students has also reported that some Jewish societies have been billed for security costs for a stall at student fairs.

Amendments will also set out that the legislation will include college students’ unions – often called junior and middle common rooms (JCRs and MCRs), the most well known examples of which are at the University of Oxford and of Cambridge. University and college codes of practice for freedom of speech must be followed by the members of college JCRs and MCRs.

“Students’ unions are committed to freedom of expression and are the very home of rigorous debate and new ideas. With just six out of 10,000 events with external speakers at SU’s cancelled in 2019/20, there is no evidence of a freedom of speech crisis on campuses. Students’ unions are constantly taking positive steps to help facilitate the thousands of events that take place each year.

“So it’s deeply disappointing that the Government have rejected amendments that SUs be funded to undertake the new duties being placed on them. Instead, they are disincentivising future external speaker events on campuses by proposing that SUs should be exposed to potentially large financial liabilities without support.

“At a time when students are facing untold hardship the government would be much better advised to focus on providing the practical support that students desperately need, through maintenance grants, rent caps and cost of living payments, rather than attacking the very institutions that have stepped up to fill the gaps in support being offered”. 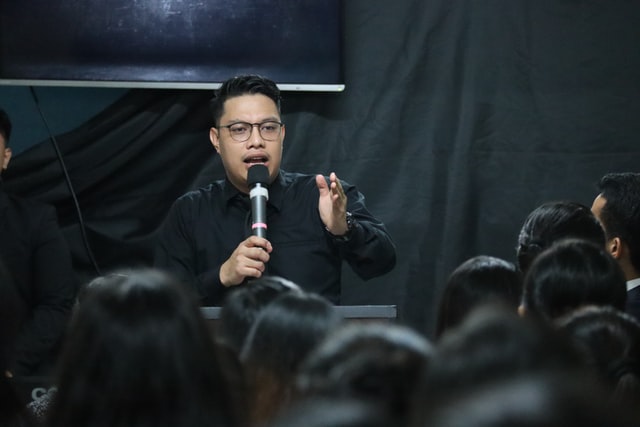 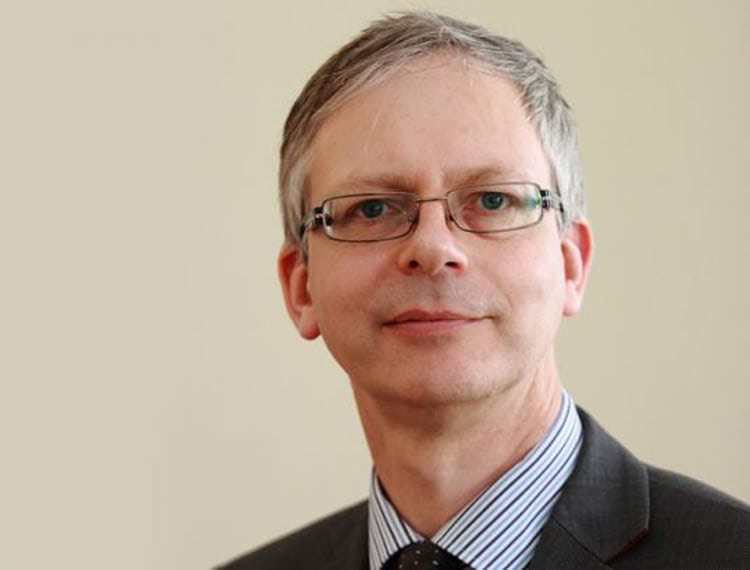 ‘The Office for Students stands for the widest possible definition of free speech. We will never seek to limit freedom of speech within the law,…

Information on the reforms set out in the Higher Education (Freedom of Speech) Bill.Read More Recommend0 recommendationsPublished in Resources

‘Our universities make an incredible contribution to our economy, regionally and nationally. A major factor in these cultural and economic achievements is academic freedom and… 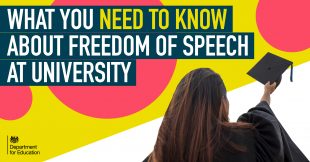