The Trustee Board of the Royal Academy of Engineering has nominated Professor Sir Jim McDonald FREng FRSE, Principal and Vice-Chancellor of the University of Strathclyde, as its Presidential candidate for election by Fellows at the September 2019 AGM. Upon election by the Fellowship, Sir Jim would serve a term of five years and would become the Academy’s first Scottish President.

Sir Jim McDonald is one of Scotland’s most accomplished engineers, and co-chairs the Scottish Government’s Energy Advisory Board, with the First Minister. He is Chairman of the Independent Glasgow Economic Leadership Board and holds senior business appointments with the Weir Group, Scottish Power, the UK Offshore Renewable Energy Catapult and the UK National Physical Laboratory.

In the Queen’s Jubilee Birthday Honours List on 16 June 2012, Professor McDonald was awarded a Knighthood for services to education, engineering and the economy.

Academy President Professor Dame Ann Dowling OM DBE FREng FRS says: “I am delighted that Sir Jim McDonald has been nominated as the next President of our Academy. He has made an immense contribution to the development of engineering innovation in Scotland and his business-focused approach will be of great value to the UK as a whole.”

Sir Jim McDonald says: “It truly is an honour to be considered for the position of President of the Royal Academy of Engineering.

“To be recognised by the foremost engineering learned society in the world is both humbling and incredibly flattering. The Academy promotes engineering in all its forms and is a champion for engineering excellence, industrial innovation, societal impact and the nurturing of world-class talent.

“These are all matters I am passionate about and I am also inspired by the Academy’s commitment to widening the appeal of engineering, not least for girls and young women, along with those from non-traditional backgrounds.

“Scotland has a strong tradition of engineering excellence – from James Watt to John Logie Baird – and I am proud and delighted to be the first Scot to nominated for this position. I am hugely thankful to the Trustees for recommending me to the Fellows for consideration.” 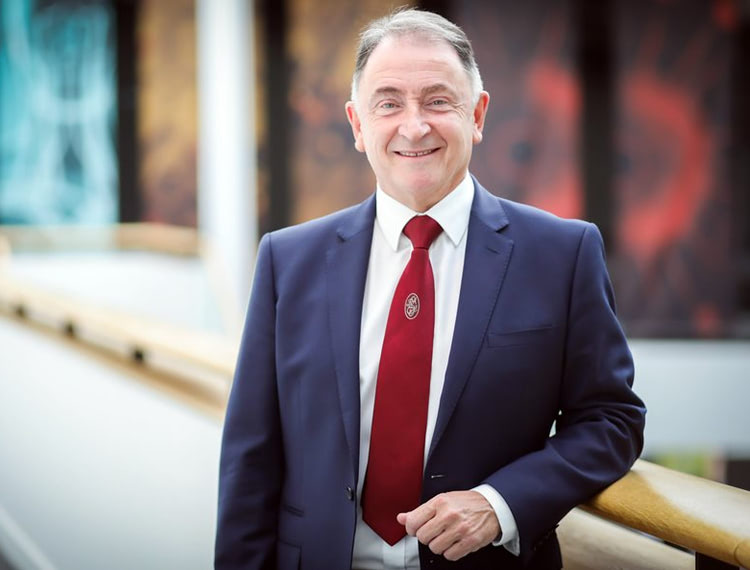 Professor Sir Jim McDonald FREng FRSE, Principal and Vice-Chancellor of the University of Strathclyde, has been confirmed as President of the Royal Academy of Engineering…

The New Year’s Honours list has this year recognised five Fellows of the Royal Academy of Engineering for their services to engineering research, industry, technology,…

The Queen’s Birthday Honours list has this year recognised four Fellows of the Royal Academy of Engineering for their services to engineering research, industry, technology,…

The Royal Academy of Engineering has formally announced the creation of the Prince Philip Fund, established in memory of its Senior Fellow, HRH The Prince…

Congratulations to the following Fellows of the Royal Academy of Engineering, who have been recognised in the New Year’s Honours List 2021 for their services…