In a College that has a lot going for it, and some might say recently has had a lot done to it, simplicity and effectiveness are key.  Part of my role here at Epping Forest College is to bring my 30 years’ experience to the College, and offer some of the tools and models I’ve developed over the years to help address various challenges.

Here are three that have proved particularly helpful:

This is a tool for taking stock, building consensus (or discovering it), and identifying priorities for change.  It can be done on an individual basis, but it is ideal for teams, and for informal team building (almost as a by-product).

My preferred method involves blank flip charts and post it notes, but they’re not essential!

The four letters stand for:

Where there are lots of similar ideas (typically on the first three) then…you have consensus.  If the ideas are scattered and varied – or even conflicting – then there is no consensus.  You can take advantage of the former, and have to work on the latter…

In terms of change, three of the four letters are pro-change: I,L and N.  So where there is consensus in these three areas, and the ideas are owned within the team – then in change terms, they are quick wins.

We use KILN across the organisation, to take stock of, and assess the impetus for, change.  Crucial to the success of the model is ownership. Change is easier if it is owned…

Another acronym, which apparently I have a reputation for – sorry!  This is a tool that works well in 1-1 conversations, where the other person has some difficulty or other, or is stuck.

The letters stand for:

B: Benchmark – where are you now?

N: Need - What do you need to get there?

D: Difficulties - what’s stopping you, i.e. what are your difficulties, barriers or blocks?

Featured Article
Cushioned by the security of paid employment, the chance to build new

A: Action - so what do you want or need to do about that? What action will you take?

To me, the crucial letters are the last two – D and A.  Most people are find the first three easy to identify – but the killer question is always ‘so what’s stopping you?’.  And therefore the final letter, A, has to be focused on the difficulties – removing or getting past the barriers – rather than (as is often the case) further clarifying the aim or goal, and by-passing any barriers.  It’s usually not the destination that needs working on, but the rocks, potholes and boulders along the way.

BANDA is a model used by both our coaches with learners, and by managers with staff.  It’s particularly popular for anyone who likes a structured, rather than free-flowing, approach…and because each of the letters drives a question, the other person is in charge of the content, whilst the coach/manger owns the process…

I’m afraid this model’s letters do not trip off the tongue, and so is perhaps less easy to remember.  It is used mainly within EFC to consider difficult or underachieving performance – mainly as a reflective tool used by managers ahead of a particular conversation – though of course it can be used as a self-diagnostic too…

The letters are used in order, as follows:

A: Awareness: is the individual aware that there is a problem or difficulty?

C: the first C is capability: does the individual have the knowledge and skill – at the appropriate level – to fix the problem?

C: the second C is capacity: do they have the resources (for example time, money, equipment, information, support) necessary to fix the problem?

C: the third and final C is commitment: are they interested or bothered enough to own and fix the problem?  Do they, fundamentally, care?

Some of us, in using the model ahead of any meeting, find it helpful to assess each of the 5 factors on a scale of 1-5, where 5 is ‘not a problem’ and 1 is ‘a real problem’.  With or without a scoring scheme, however, it should be possible quite quickly to consider where the problem might lie (though of course, the picture might change once in the conversation – it is dangerous to be too convinced of your own thoughts, without hearing theirs…).

Two final considerations on AUCCC: don’t confuse capability and capacity; and someone’s apparent lack of commitment may actually be a result of gaps in the preceding four factors.

Most managers will tend to use AUCCC as a reflective tool, but it can still be used informally to guide a structured conversation.  And almost as a by-product, the model encourages managers to think about what they can and perhaps should do in advance to prevent gaps appearing in these five factors in the first place…

The Principal actively uses thee models and now many of these are the common leadership language at the College.

“I love these models: they are quick and easy to use, and they deliver solutions”, Saboohi Famili, Principal.

Featured Article
“Is this the biggest education f***-up ever?” asked TES editor Ann

Featured Article
Cushioned by the security of paid employment, the chance to build new

Featured Article
While it’s not good to mix metaphors, amidst our challenges with Co

Featured Article
The FluffA very good friend of mine, Jeremy, who is responsible for th

Featured Article
Since the outset of the #ApprenticeshipReforms, @AELPUK has pushed har

Featured Article
The Covid-19 pandemic, and the resulting lockdown, has meant a huge nu

Featured Article
The #BlackLivesMatter movement has forced many nations and organisatio

Featured Article
As partners in all things research, Kerry Scattergood and I first met

FE News: The Future of Education News Channel commented on this video yesterday

How To Bridge The Skills Gap In The Future...

It's learning. Just not as we know it. The race is on... It’s a race between education and technology. As intelligent systems and machines reshape...

How To Bridge The Skills Gap In The Future...

It's learning. Just not as we know it. The race is on... It’s a race between education and technology. As intelligent systems and machines reshape... 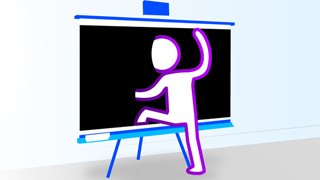 Closing the Skills Gap in the Future Workforce | Accenture