Businesses have signalled their overwhelming support for Apprenticeships in a survey, conducted by Populus, that shows 81 per cent of employers believe they have helped generate higher overall productivity.

The research, commissioned by the Learning and Skills Council, also shows a fifth of the 500 businesses questioned are hiring more apprentices to boost them through the difficult economic climate, with 22 per cent actively recruiting.

Apprenticeships Minister Lord Young, said: "This Government has rescued Apprenticeships having more than trebled the number of people since 65,000 in 1997 to nearly a quarter of a million today, investing nearly £1 billion this year. The Prime Minister recently announced an extra £140 million to deliver 35,000 new Apprenticeship places.

"Today’s findings show just how well regarded Apprenticeships are by employers. They are rightly valued across Britain as a means of providing employers with a well-trained workforce which help their business to succeed. They’re about businesses investing in their future, whatever the economic climate."

The survey also revealed 66 per cent of employers believe apprentices help them to be more competitive in their businesses. More than 82 per cent relied on their Apprenticeship programme to produce future skilled workers for their business, and 92 per cent claimed the scheme resulted in greater employee motivation and job satisfaction.

Lord Young continued: "An Apprenticeship offers a great deal to both young people and adults, giving them an opportunity to gain practical skills, a well-regarded qualification and invaluable on the job experience while being paid.

"The careers open to people who want to do an Apprenticeship are growing all the time – from the more traditional like engineering to film production and IT. All of this shows just how important it is to bang the drum for Apprenticeships which is precisely what we are doing this week."

As part of efforts to cut bureaucracy to make it easier for employers to take on apprentices, the new National Apprenticeship Service will help lead the expansion and improvement of the Apprenticeships from April this year.

Simon Waugh, chief executive of the new National Apprenticeship Service, said: "It is very encouraging to see that employers are really seeing the difference that apprentices can make to their business.

"Apprentices are ‘doers’ who make things happen and play a pivotal role in our economy. They will help businesses through these difficult times as well as helping to prepare for growth."

Lorna Bryson, Head of UK Resourcing at Tesco, which took up Apprenticeships five years ago, added her support to the programme.

Ms Bryson commented: "Since we launched the apprentice programme in 2004, a thousand members of staff have successfully completed their Apprenticeship, with a further 800 enrolling this academic year.

"Apprenticeships allow us to provide great training and development to our staff, helping them to recognise their long-term career goals; half of our 2006/07 apprentices have progressed to become managers or team leaders. And Tesco benefits, too, by having hard working, dedicated, and talented individuals that are confident and satisfied in their roles." 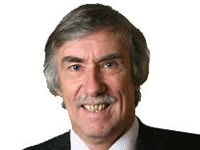 Consumers are just as likely to use a business offering Apprenticeships to young people as those holding fair trade agreements with suppliers, reveals a YouGov…