Home » 3D printers can also print chocolate, why isn’t this in the National Curriculum?

Shortly before February half term I got the following email: “A couple of weeks ago, Dremel Digilab (part of the Bosch Group) launched its latest 3D printer in the UK.

“The printer is designed specifically for colleges and schools – with a closed chamber for safety, air filters to take away any smell (3D printers can be pretty smelly) and crucially it’s very easy to use.

“3D printers have had a bad press in the past as a technology that colleges purchased then left them to gather dust because they were too complicated to use. That’s no longer the case and the technology has moved on a long way.

“With that in mind, I wanted to offer you the chance to try out a Dremel 3D printer.

Do I want to try out a Dremel DigiLab 3D45, especially designed for the education environment, with a view to writing a review about it?

When the 3D printer arrived at the door on the first day of half term, I thought, “Ha, in your face, half term boredom! I have the Dremel 3D on my side and ample tech savvy offspring to put it through its paces!”

It weighed a ton, but it was nice and compact, and had a door to the front and top for easy access.

It was very easy to set up, well actually I got my 14 year old to do it. Just plug it in and thread the filament and you’re ready to print. So far so good.

The printer came with a memory stick of pre-programmed designs to print, so the kids “discussed” who would get to choose the first print out.

Adding glue-stick to the printer bed means the printouts don’t slip about when printing, but it can make removing the model with the supplied tool a bit nerve wracking, I definitely don’t want to break anything, obviously not the printer, but also not the newly printed model being waited for in eager anticipation!

My 9 year old is a “digital leader” at our local primary school, so I asked the school if they were interested in a demonstration of the 3D printer. They said they would let me know, but obviously weren’t that bothered, as they never got back to me.

I talked to my sister, who is a tech teacher at a secondary school, about why 3D printers aren’t always that well utilised in school. She said the one at her last school was bought a few years ago and is really big and noisy, but only had a print bed the size of a postcard, which limits the models available to make.

She also added that the older models are very restricted on which design software they will work with, often expensive or no longer supported software packages.

Then she said nonchalantly, not realising the colossal importance of her words…

Did you know that most 3D printers can also print chocolate?

No I did not know! Wow, this is huge!!! Why didn’t I know about this before?

Now I’m thinking, forget schools and colleges, every home should have one!

My excitement subsided. I’m not completely sure that it even meant actual, real, delicious, edible chocolate, so much as a deceptive name for the colour brown. That would have been a disappointing £50!

We printed a range of awesome models over the next few days. My 14 year old was able to find new designs online, slice the file for 3D and print these, although these did have few snags, perhaps the design was overcomplicated or perhaps the file conversion didn’t work very well. Who knows? But he was able to use free software to do it.

I asked my 14 year old what he thought of the printer, he replied, “Alright”, which, although not a very detailed response, is fairly comprehensive all thing considered, and he was able to set up and use the printer himself with very little adult assistance (by this I mean zero).

My 11 year old on the other hand responded with the following report:

“The Dremel Digi lab 3D printer is a great way to educate young minds because, unlike normal teaching methods, it creates a way for students to understand using models they can touch, instead of drawings and graphs on paper.

“When you bring technology that isn’t used often into learning environments, it can also show students how technology is developing and advancing, it would defiantly be helpful for both students and teachers.

“Some people think that a 3D printer has to be massive and hard to use, the Dremel Digi lab 3D printer is an amazing example of a small and easy to use 3D printer. This amazing printer has a small touch screen with well labelled options. It is equipped with a USB option where you can add your own models and even upload them to the 3D printer itself so that without the USB it can print the object that you uploaded.

“Having a 3D printer in a school environment can be helpful in more ways than you think, it can be helpful for learning in a new way where students can have something physical to help in a more visual way to see things.

My 9 year old is still crafting her response, which may have turned into an elaborate montage sculpture, so I won’t make you wait for that to be completed.

My 6 yr old simply said “I love froggy!” which was her model of choice and had to be replicated several times because it is more designed for looking at than for being jumped vigorously about.

As for me, it is incredible how fast technology develops. I recently read an article about 3D printers being used for skin grafts and other medical applications, which is perhaps more noble than making chocolate statues. I can’t help thinking that in just a few years this technology will be used for applications that we can’t even comprehend at this stage.

Just because you may have had a bad experience with 3D technology, don’t think it will still be the same now,  a few years later.

For a more thorough review from someone who actually sounds like she knows what she is talking about, I suggest you read this review by Clare Scott. To read our other articles about 3D technology, click here.

kelome
Here is some bio info 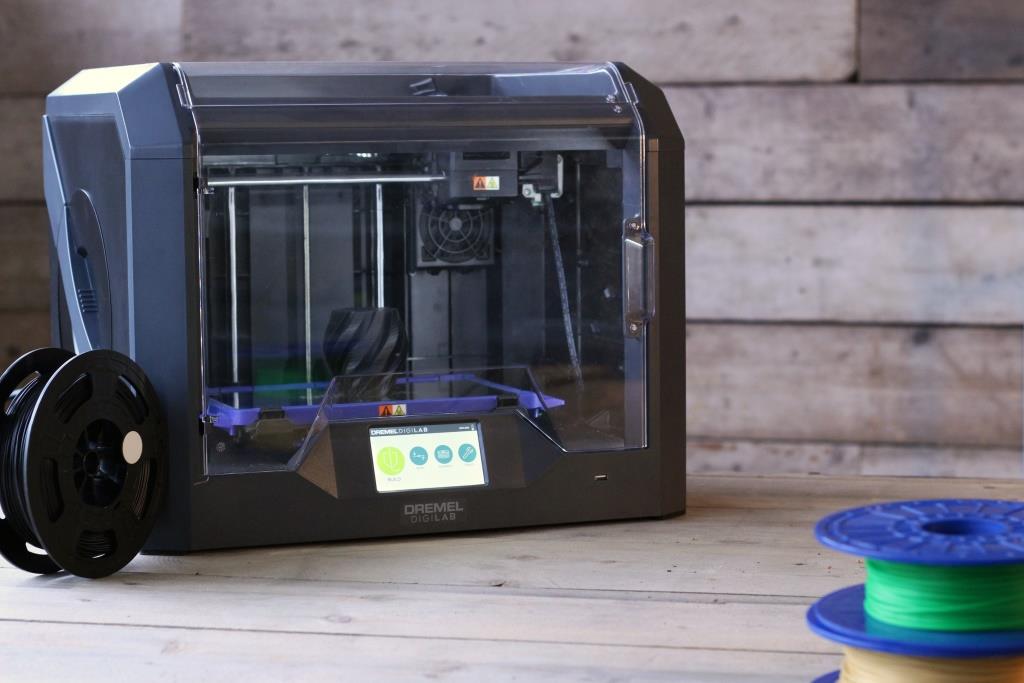 Dremel DigiLab has unveiled its latest 3D Printer, the 3D45, in the UK for the first time. Launched at the bett show in January 2018,… 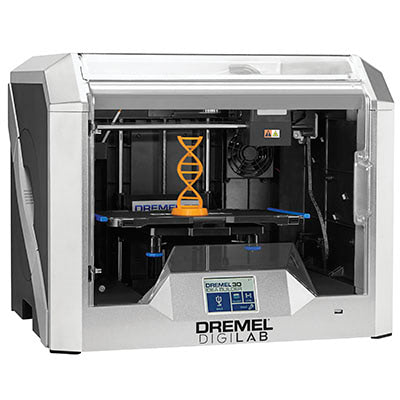 Dremel DigiLab has unveiled its latest 3D Printer, the 3D40 Flex, in Europe for the first time. The 3D printer features a number of enhancements… 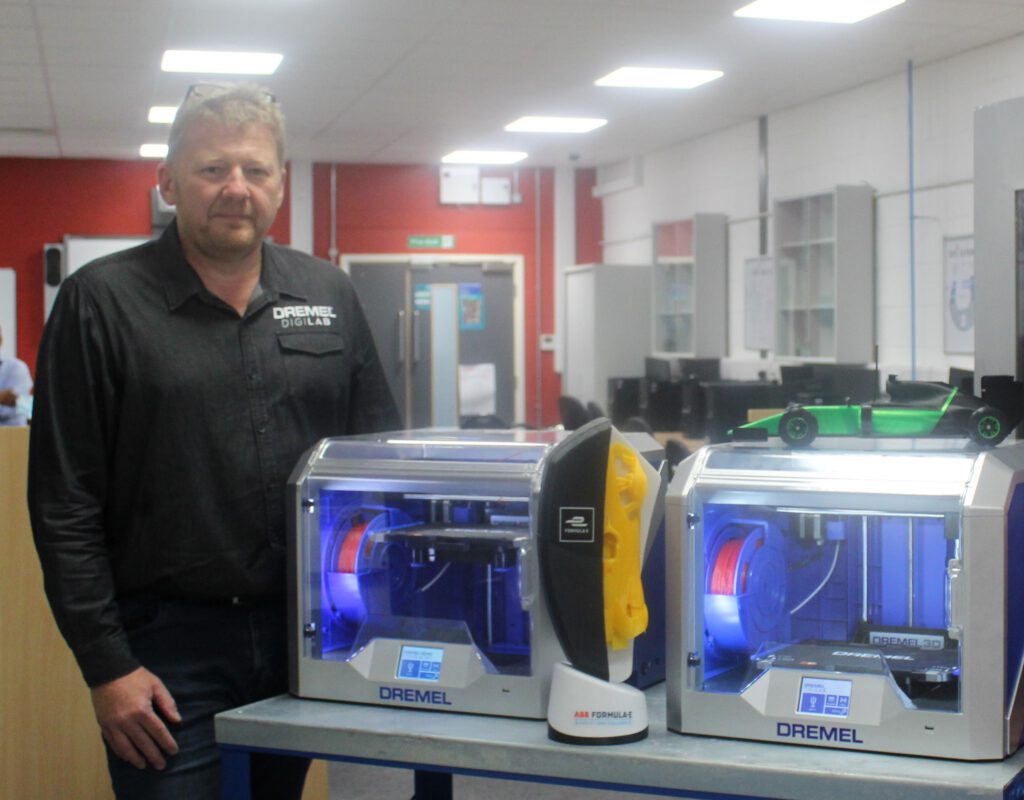 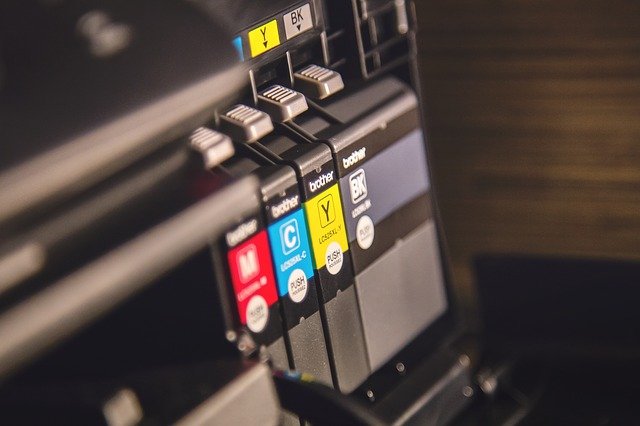 Epson UK‘s latest survey of 2,000 UK parents found that the cost of printing is having a negative impact on home-schooling, with children aged 4-14 spending… 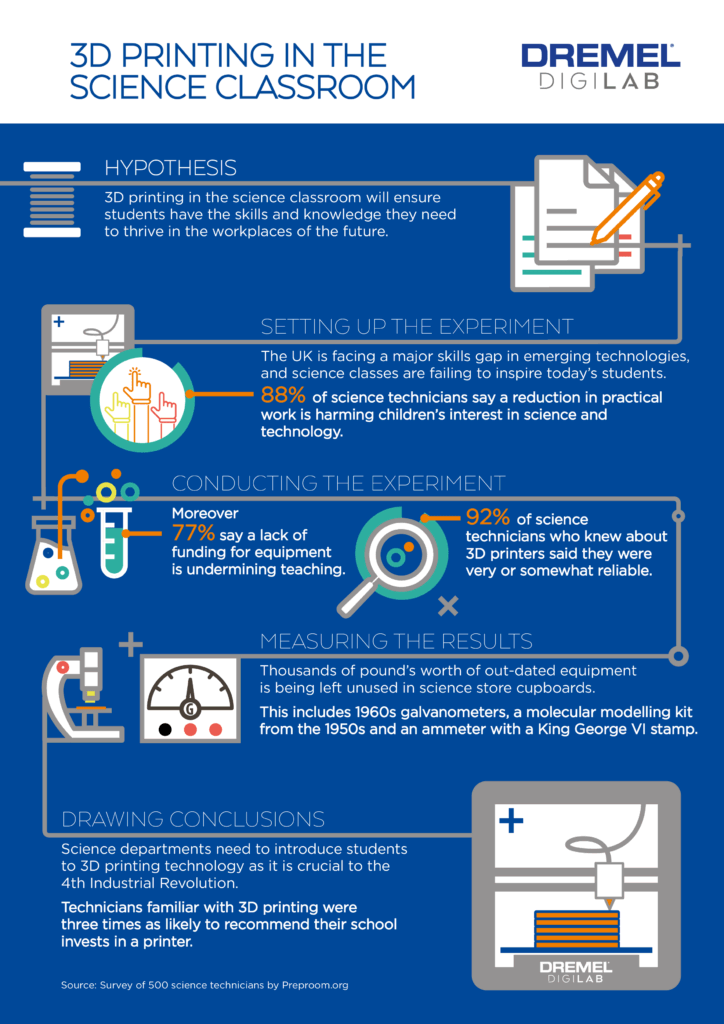 UK school funding cuts are undermining the quality of science teaching and discouraging students from pursuing careers in science and technology, according to school science…