A PAC report today (22 Oct) says the Department for Education (DfE) “failed to take enough account of the impact of its decisions on individual schools and their pupils” when it announced changes to the school funding system, with the adverse impacts falling “disproportionately on deprived local areas and schools”.

The new national funding formula introduced in 2018-19 has caused re-distribution of funding from more deprived schools to less deprived schools: average per-pupil funding has fallen in real terms by 1.2% for the most deprived fifth of schools but increased by 2.9% for the least deprived fifth. Changes to the pupil premium funding also mean schools have lost out on £90 million of funding to support disadvantaged children.

There is a lack of urgency in DfE’s approach to making improvements to the school system. Delivery of a number of initiatives has slipped with DfE “unwilling or unable” to commit to revised timetables. “While the Department drags its feet, more and more children with special educational needs and disabilities are progressing through the school system without the support they need.” The ongoing delays publishing the SEND review announced two years ago are “unacceptable”.

The Department has committed £3.1 billion to help children and young people catch up on learning lost due to the disruption caused by the COVID-19 pandemic, but this funding drops significantly from 2022-23 and falls well short of the £15 billion that the Government’s own Education Recovery Commissioner recommended.

In January 2020, there were more than 20,200 mainstream state schools in England, educating more than 8.1 million pupils aged four to 19. 58% of these are maintained schools, funded and overseen by local authorities, the rest are academies, independent of local authorities, educating 4.4 million pupils. DfE is responsible for the school system and is ultimately accountable for securing value for money from the funding provided for schools. In 2020-21 it provided mainstream schools with core revenue funding of £43.4 billion.

“Schools are facing a perfect storm of challenges with promises of teacher pay rises, per pupil funding changes and falling rolls but no clear plan from the Department for Education.

“Schools and pupils in deprived areas are being hit hardest by the funding formula at a time when the government’s commitment is to level up. Add to this the ongoing delays in the review of support for pupils with special educational needs and disabilities and some of the most vulnerable children are facing an uncertain future – on top of the impact of Covid. Every part of government has faced challenges but the impact of the exam chaos, funding uncertainties and repeatedly delayed decisions is hitting young people hard and risks scarring their life chances.”

“This report paints a pretty bleak picture of the government’s policies when it comes to supporting some of the most vulnerable children in our education system.

“Over the last few years, we have seen a new funding formula that directs money away from the most disadvantaged, a pupil premium policy change that has led to the some of the poorest families not receiving funding they should have been entitled to, and a failure to deliver on long overdue SEND reforms. In light of all that, talk of ‘levelling up’ starts to sound rather hollow.

“If the government is to achieve their stated goal of ‘levelling up’, they need to look carefully at the impact their reforms are having.

“Schools’ success in helping children to recover from the impact of the pandemic depends on the funding and resources they are given by government. Those who need the most help, need to receive the most funding.

“Next week’s Spending Review is a moment of truth for this government. The priority they give education and support for deprived families will reveal clearly whether their rhetoric has any substance.”

The Department’s continued failure to finalise the SEND review means children with SEND are still waiting for much needed improvements in support. In September 2019, the Department announced a major review of support for children with special educational needs and disabilities (SEND). In May 2020, we concluded that many children with SEND were being failed by the support system and recommended that the Department should, as a matter of urgency, complete and publish the review. In March 2021, the Department told us that it would publish a Green Paper with its proposals for change towards the end of June 2021. However, in July 2021, the Department wrote to tell us that it needed more time to develop its plans. It says that it has extended the timetable for the review in order to ensure that its plans take full account of the changes caused by the pandemic, and that it cannot commit to a revised publication date. It is therefore still not clear how the Department plans to improve the SEND system and make it more sustainable, and when practical changes will be made.

Recommendation 1: The Department should write to us, within a month of this report being published, with details of the progress it has made towards finalising the SEND review and setting out when it now plans to publish the review.

Under the national funding formula, schools that are more deprived have fared worse than those that are less deprived. In 2018-19, the Department introduced a national funding formula with the aim of allocating school funding more transparently, consistently and fairly across the country. The new formula has made allocations more transparent and consistent, but it has also led to a re-balancing of funding away from more deprived schools towards less deprived schools. Between 2017-18 and 2020-21, average per-pupil funding fell in real terms by 1.2% for the most deprived fifth of schools, but increased by 2.9% for the least deprived fifth. The Department highlights that funding allocations have been catching up with changes in patterns of deprivation across the country since the early 2000s. However, the relative re-distribution of funding is also the result of the Department introducing minimum per-pupil funding levels, which have benefited the least deprived schools. In July 2021, the Department began a consultation on moving to a ‘hard’ national funding formula under which it would set schools’ budgets directly.

Recommendation 2: Before moving towards a hard national funding formula, the Department should publish an assessment of the likely impact of the proposed changes on individual schools and different types of schools.

Recommendation 3: The Department should publish each year, starting with the year ending 31 August 2021, details of the schools block per-pupil funding that each academy school has received.

Schools are having to cross-subsidise their sixth forms with funding intended to support younger pupils. Between 2014-15 and 2020-21, the balance of funding shifted from secondary schools to primary schools. Secondary school funding per pupil dropped by 3.9% in real terms, while primary school funding increased by 4.2%. Part of the reason for this was that the Department reduced funding per sixth-form student, which fell by 11.4% in real terms. The Department concedes that it chose to prioritise funding for children aged 5 to 16. Local authorities have also protected funding for primary schools. The Department accepts that 16-to-19 education is facing challenges, and that some schools cross-subsidise in order to keep their sixth forms going. It has increased funding for students aged 16 to 19 in the past two years, in order to start redressing the balance.

Recommendation 4: In making and communicating decisions about school funding, the Department should explicitly consider how different funding streams interact so that schools do not have to cross-subsidise, for example, in order to support sixth-form provision.

The Department does not seem to have a grip on the impact of falling rolls on schools. Most school funding follows the pupils – under the national funding formula, the Department allocates nearly three-quarters of schools block funding on the basis of pupil numbers. We know of schools whose rolls are falling due to changes in their local populations. These schools still have to cover their fixed costs, but are seeing their funding fall significantly. The Department highlights that there is a ‘falling rolls fund’ that local authorities can use to help schools in this position, and that the national funding formula provides a lump sum for each school regardless of size. However, the Department does not appear to have a strong understanding of the practical financial impact of falling rolls on individual schools.

Recommendation 5: The Department should carry out an evidence-based assessment of whether there is enough support for schools whose rolls are falling, and write to us by the end of March 2022 with an update on the results of its assessment and what it is doing to address any concerns.

The Department cannot say when it will implement its commitment to a starting salary of £30,000 for new teachers. In September 2019, the Government set out its intention that salaries for new teachers would rise to £30,000 by September 2022, in order to improve the competitiveness of teacher pay. In February 2021, it told the School Teachers’ Review Body that it had paused planned pay rises for teachers in 2021/22, and that starting salaries would not reach £30,000 by September 2022. The Department says that it will not be able to confirm until after the next Spending Review when its commitment to a starting salary of £30,000 will be implemented. For several years, the Department provided separate grants to help schools cover increases in teachers’ pay costs and higher pension and national insurance costs. However, from 2021-22, it is incorporating most of this funding within the dedicated schools grant, making the funding less transparent.

Recommendation 6: The Department should set out a timetable for meeting its commitment to a £30,000 starting salary for teachers, along with details of how this will be funded. 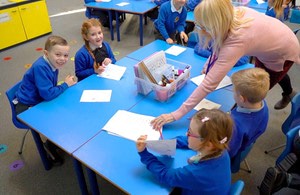 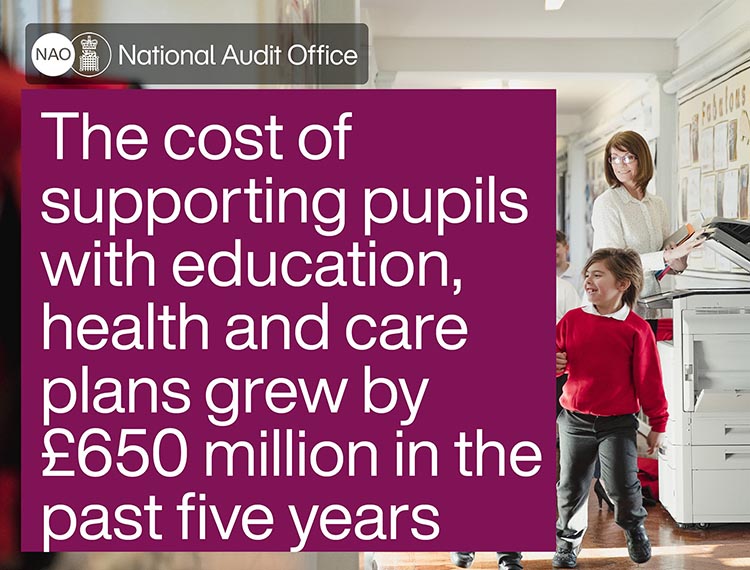 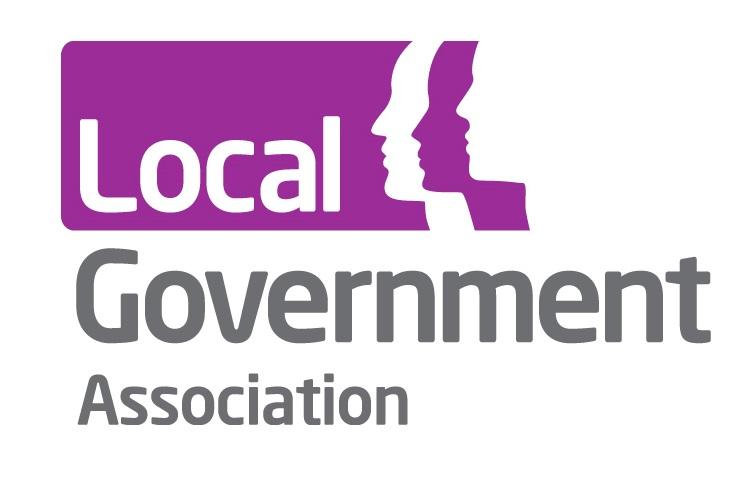 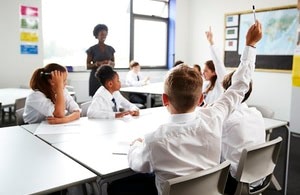