The chef-proprietor of the Hardwick Restaurant in Abergavenny and brains behind the winning fish course in last year’s Great British Menu programme, Stephen said he would like to visit the College again. The learners and Stephen prepared and cooked a three course meal of Hardwick signature dishes in the kitchens of the Glamorgan Suite, the College’s restaurant which was described recently as being possibly "the best-kept secret in Wales".

The menu comprised of a fresh ravioli of salmon on roast tomato and basil fondue starter, followed by roast loin of pork with salsa verde, crispy polenta and creamed field mushrooms. Dessert was a panettone bread and butter pudding brulee.

Stephen said: "I’ve visited a few Colleges and I really enjoy it. As someone who has a reputation in the industry and has been relatively successful in professionally and with Stephen Terry at the Hardwick – if I can use that reputation to encourage young people into the industry and develop their skills what could be better?

"It’s all about investing in young people and helping them progress. They are the future, after all. I’m 42 next birthday and it’s time for me to start slowing down after all the hard work I’ve done. I don’t want to be doing it for ever! The only time success comes before hard work is in the dictionary – it’s the same with Ferrari."

Barry College chef tutor Kevin Fairlie, who spent some time working in the Hardwick’s kitchens during the summer, said: "It was a really successful evening – everything went to plan. It was extremely interesting working with Stephen and the students saw a lot of different techniques.

"The learners thoroughly enjoyed themselves and he spoke to them at length afterwards, telling them about the industry and invite any of them who was interested to come to Abergavenny and work in the Hardwick for a half-term. He said he’d be happy to have them there."

Hospitality & Catering learner Harris Lloyd, 17, from Cardiff, said: "It was really interesting and totally different for us. It gave us a really good insight into what goes on with the big names and it’s really inspired me to follow this career."

David Webb, 19, a catering student at Doncaster college, which runs a range of hospitality and catering based courses at varying levels, has picked up…

Von Essen Hotels are offering an amazing 12 month scholarship contract to the winning student in a prestigious new catering competition at Wiltshire College. The… 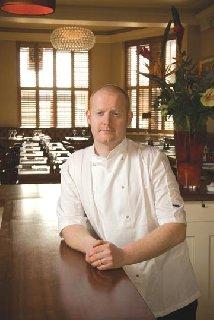