The successful recruits will be employed in energy, water and transport companies which cyber criminals could target. Thirteen firms including Northern Powergrid and Network Rail are taking part in the initiative.

Minister of State for Digital and Culture Matt Hancock said:

As part of National Apprenticeship Week, our cyber security apprenticeships in Critical National Infrastructure scheme will take those with the right aptitude and thirst for new technology and place them in essential industries with tough on-the-job training.This is an important part of our National Cyber Security Programme and recent Digital Strategy to prepare Britain for the challenges it faces now and in the future.It’s fantastic to see such a huge response to this scheme and I’m sure all the apprentices will help make these workplaces more productive, bring in fresh ideas and contribute from day one.

Training will include a three-day capture the flag cyber security workshop as well as topics including ethical hacking, network defence, malware analysis, cryptography, encryption and cyber security operations. This will be delivered by an external provider at sites across the country.

The apprentices will complete the new Cyber Security Technologist higher apprenticeship standard, which has been developed by Government working with industry. The scheme is for those aged 16 and over with a natural flair for problem solving and a passion for technology.

The programme is led by the Department for Culture, Media and Sport (DCMS) and part of the Government’s National Cyber Security Programme.

Cyber security is a fast-paced and fascinating industry with strong job prospects. Recent figures from the Tech Partnership show there are already 58,000 cyber security specialists in a growing sector worth £22bn a year to the economy.

The apprenticeships in Critical National Infrastructure scheme is one of a number of cyber skills initiatives to develop a strong supply of cyber security professionals alongside the Government’s Cyber Schools Programme and Cyber Retraining Academy. The pilot will contribute to the goal of delivering up to 1,000 cyber apprenticeships by 2021.

The figures are released as part of Government’s celebration of National Apprenticeship Week. The week will also see a group of new recruits for the Government’s own Cyber Security Apprenticeship scheme tour the National Cyber Security Centre (NCSC) tomorrow (March 10) to meet some of the people at the forefront of the fight against cyber attacks.

Protecting the UK’s Critical National Infrastructure (CNI) from hostile cyber activity by strengthening the nation’s cyber security and resilience is a major operational priority for the Government.

The NCSC was opened by Her Majesty the Queen in February and plays a pivotal part of the Government’s National Cyber Security Strategy that has committed £1.9 billion of investment into transforming the nation’s capabilities in cyber defence, deterrence and development. 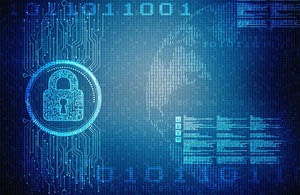 Almost 1,250 people applied for 23 cyber security apprentice roles in three-week application period Successful recruits will be placed in jobs in energy, water and…

A globally unique piece of software designed to identify the specific cyber threats facing ships, but with the ability to expand into ports and other…