THE £21m redevelopment of Coleg Cambria’s Wrexham campus will begin in the New Year.

Cambria’s Yale site is to undergo a major overhaul that will feature a three-storey complex equipped with the latest digital technology, a 200-seat conference hall, new training kitchens and restaurant, a cutting-edge study space, revolutionary sports facilities and IT suites.

Hundreds of jobs will be created during construction, and the commitment – including more than £13m from the Welsh Government’s 21st Century Schools and Education Programme – sees Cambria delivering on its promise of spending more than £35m on new education facilities in Wrexham town.

Coleg Cambria chief executive David Jones says the investment means they will have spent almost £60m on modern buildings for learners and apprentices since the merger of Deeside and Yale colleges in 2013.

“The plans we have for Yale are going to be a major boost for our students and staff, but also for Wrexham, the town centre and the community,” said Mr Jones.

“Our Governors and staff deliver on our promises and work hard to ensure the first-class opportunities and academic standards we provide are met by the quality of our facilities and environment.

“We are thrilled to have been given the green light and are now fully focused on building a new Yale that the town and everyone at Coleg Cambria can be proud of, contributing to the economy and raising aspirations in north east Wales through skills training, apprenticeships and further career opportunities.”

Wrexham County Borough Council has granted planning permission and work is set to begin in January for completion in readiness for the 2020/21 academic year.

Politicians and public sector and industry leaders from across the county have welcome the decision.

Among them was council leader Cllr Mark Pritchard, who said: “Coleg Cambria is a key partner for the council and we have been delighted by the way the college has developed since 2013.

“This development is brilliant news for Wrexham and builds on the £10m investment in engineering and construction training at Bersham Road.”

“A key element of Band B of the 21st Century Schools and Education programme is to invest in projects that seek to turn our education institutions into community hubs; allowing them to become more than just schools.

“Once the renovation work has been completed, the facilities provided at the new Yale site will greatly benefit the local community and ensure that students are able to learn in a modern environment which is truly befitting of the 21st Century.”

“It is great to hear this flagship project has been approved; it will be a key enabler in the local economy to drive skill enhancement and retention, positively benefiting the region,” he said.

“Our business has experienced significant growth over the last few years but have had difficulty in sourcing ‘local talent’.  It is great to see David Jones driving this initiative, resulting in a truly innovative college on our doorstep which will allow local students to be fully immersed in a learning environment replicating the modern work space, truly agile and mobile, embracing all elements of digital technology.”

These comments were endorsed by another former student, Andy Mielczarek – son of ex-Wrexham AFC goalkeeper, Ray.

“It is almost 30 years since I did my A levels at Yale,” said Andy, CEO and Founder of Chetwood Financial Limited, a financial services and technology business based in Wrexham.

“Having recently come back to Wrexham to launch my own business, the town is the same in lots of ways, but Cambria is almost unrecognisable.

“David and his team have created an inspirational environment, which is really focused on providing learners with the skills they need in the modern jobs market. We have had several Cambria learners work with us over their holidays and we have been really impressed with them all. Hopefully this new investment will see more of the next generation developing the skills they need to build their own businesses here in Wales.”

The new facility will also be home to Hafod Training Kitchens and Restaurant, building on the college’s enviable reputation as a centre of excellence for the catering and hospitality industry.  Many notable chefs have trained at the college, including Gareth Stevenson, Head Chef at the 5 Star, Pale Hall Hotel, near Bala.

He said: “My time at Coleg Cambria gave me all of the principles and foundation for my career in hospitality, and a wide network of lifelong professional and personal friendships – I am delighted to hear about this investment and expansion that will be crucial in providing skilled staff to support our industry.”

The Yale revamp will significantly support the local economy, a key priority for another ex-student, Ken Skates AM, Welsh Government Cabinet Secretary for the Economy and Transport.

“Coleg Cambria is leading tertiary education in the North Wales region in the way that is engages with business and invests in every part of the organisation to support its 1,400 staff and over 20,000 students,” he said.

“I am delighted to be an ex-student and really pleased to see this new development for central Wrexham and the borough.”

The decision to approve the proposals was supported by Wrexham Assembly member Lesley Griffiths, who praised the “leading institution” for its vision.

“At the beginning of the year, I had the privilege of opening the college’s redeveloped Bersham Road site and it is fantastic to end 2018 with the positive news of further investment in the town,” said Mrs Griffiths.

“Along with the support of Welsh Government, Coleg Cambria is continually looking to invest in and improve its facilities, enabling them to provide high quality education and training to hundreds of students across the region.”

Wrexham MP Ian Lucas added: “Coleg Cambria plays a key role in north east Wales, and this second new development in Wrexham will support education and training at all levels.  I congratulate the college on their achievements, and in securing this support for the town and borough of Wrexham.” 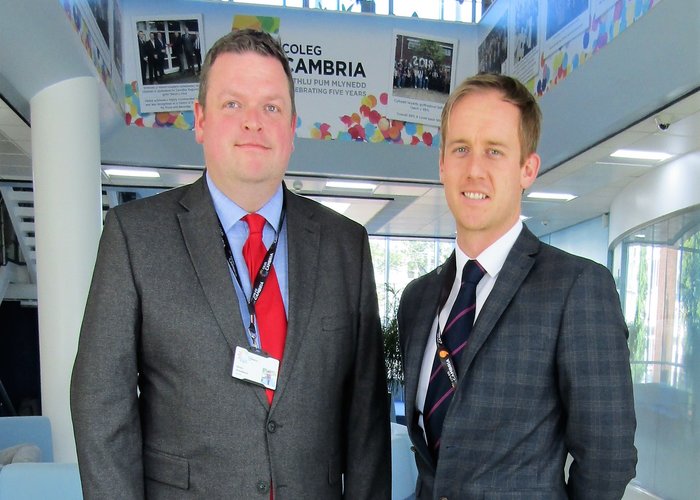 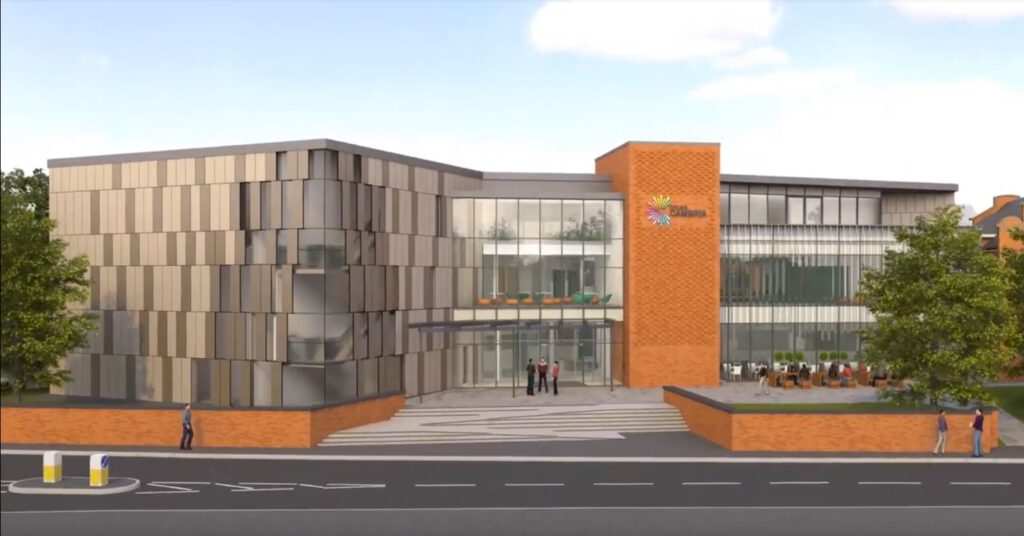 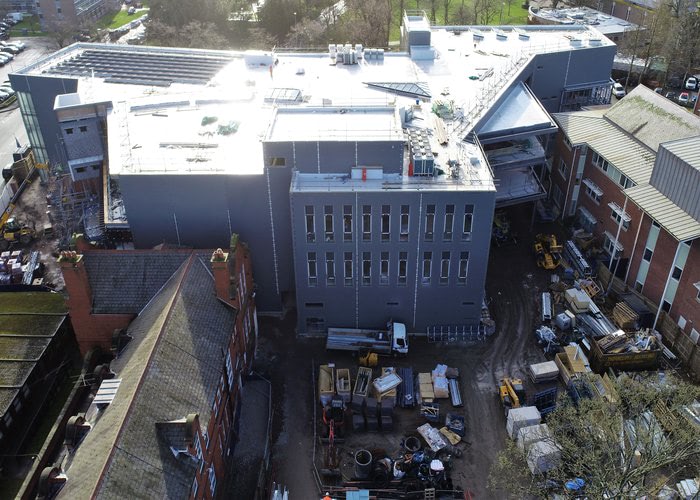 THE £21million redevelopment of @colegcambria Yale will transform education in Wrexham. The Grove Park Road site is due to be finished in July and open this September… 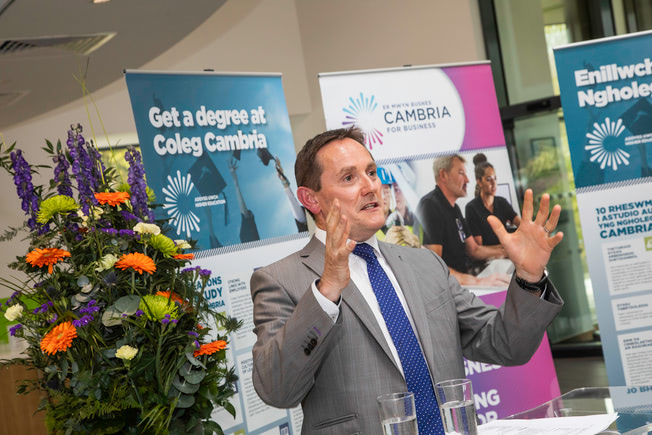 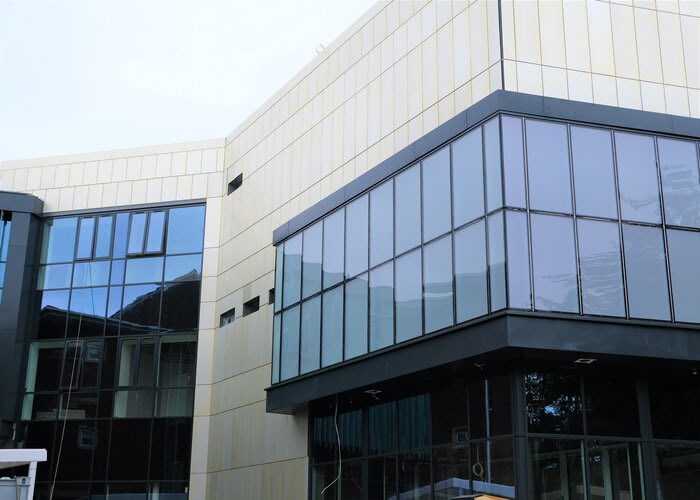 THE £21m redevelopment of a leading college, @colegcambria, will boost the visitor economy and commercial centre of Wrexham. When Coleg Cambria opens the doors to…