The statistical standardisation approach used in A levels and GCSEs was not used in most vocational and technical qualifications, including BTECs.

These are extraordinary times for young people who have recently taken exams and we want to reassure learners who have taken vocational and technical qualifications (VTQs) after yesterday’s decision to revert to centre assessment grades (CAGs) for GCSEs and A levels. Our priority has always been to ensure that no student is disadvantaged, that results issued this year are robust and reliable, and that as many students as possible get their results this summer.

It is vital that people understand that the statistical standardisation approach – the grading algorithm – used in A levels and GCSEs was not used in most VTQs, including BTECs.

VTQs are structured differently to A levels and GCSEs, and so the approach to awarding results has been different. Many VTQs were able to use evidence of work completed during the course and use this as a basis for calculating results. Indeed, for many qualifications, learners had taken adapted assessments and so there was no calculation process needed at all. For those qualifications that did use calculation, not all used CAGs. Where they did, it was often at unit level – so the CAGs did not weigh so heavily in arriving at the final result.

That’s why we have seen little divergence between the results that schools and colleges thought learners would get, and the results that have been issued. We haven’t seen the same downward moderation of results following statistical standardisation.

In BTECs, for example, students complete modular units and are assessed at regular stages during their course of study. This summer, Pearson was able to use those banked unit grades and CAGs for units that hadn’t been completed – and all but a fraction of unit-level CAGs were accepted – after quality assurance checks – to generate the final overall qualification-level grade.

For the very small number of unit-level CAGs that were adjusted down (about 0.5%), Pearson will be reviewing those results with centres on a case-by-case basis, following the same principles as those announced for A levels.

A small proportion of qualifications did use a statistical standardisation approach similar the one used for A levels, and those awarding organisations are reviewing their approach in light of what was been decided about GCSEs and A levels yesterday.  As a result, we are starting to see them re-running their awarding processes, to ensure that learners are not disadvantaged when compared to their peers taking GCSEs and A levels. We think that a small proportion of Level 3 VTQ results that were issued last week will be regraded upwards as a result.

There are a small proportion of results at Level 2 and below which are due for issue this Thursday that will need to be recalculated. It is possible that they may not be available until a few days later than expected and any awarding organisations in this position will provide information as soon as possible about when this will be.

The overwhelming majority of VTQ learners have now received the results they expected last week. Some awarding organisations did notify us of late results and we understand the anxiety this causes every single learner who is still waiting. We are monitoring this very closely and can confirm that all the awarding organisations are working as fast as they can with schools and colleges to resolve the remaining issues so that learners are not being disadvantaged when it comes to applications to higher education.

If learners have questions about vocational and technical qualifications, they should speak to their centre in the first instance, who may wish to contact the relevant awarding organisation.

The statistical standardisation approach that was used for A levels was not generally used for vocational and technical qualifications (VTQs), many of which took into account work that learners had already completed in the course of their study. A separate regulatory framework, designed to provide the flexibility needed to cater for the diversity of the landscape of vocational and technical qualifications, covered other qualifications including BTEC, International Baccalaureate and many thousands of others.

Under the framework for VTQs, each awarding organisation has been responsible for developing its own model for issuing results in line with a set of principles. The framework allows awarding organisations, where necessary, to prioritise the issue of sufficiently valid and reliable results over the maintenance of standards. Ofqual developed and implemented this framework in close collaboration with awarding organisations and the wider sector.   Although calculated results have been issued for many VTQs, in only a very few cases has the same kind of statistical standardisation process of Centre Assessment Grades (CAGs) been used – in other words, we think there are few qualifications where the cohort has received entirely algorithmically determined grades. Instead, awarding organisations have devised approaches which maximised the use of the most trusted evidence and applied a robust form of quality assurance (often involving collection of additional evidence to support teacher judgements).

In many cases where CAGs formed part of the awarding approach, they were issued at unit level (and not at qualification level) and this was generally not the only piece of evidence used – many VTQs are modular in nature and so students will have “banked” results from units they had already taken. The use of banked results helps deliver results that best reflect each learner’s level of knowledge, skills and understanding. So CAGs have not, in most cases, weighed so heavily in VTQ qualification-level results. Feedback from the sector so far is that VTQ results have been largely stable and consistent with centres’ expectations. A move away from a statistical standardisation approach towards using CAGs alone would have limited impact as it would not change the results for the vast majority of VTQ learners.

For the small number of qualifications that have used a statistical standardisation approach similar to the Ofqual model for A levels and GCSEs, we have asked awarding organisations to review their approach. This is likely to mean a small proportion of VTQ results will be reissued. 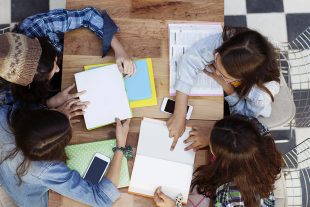 Today, 18 August, there were some inaccurate reports in the media and on social media that students that received their vocational and technical qualifications (VTQ’s)… 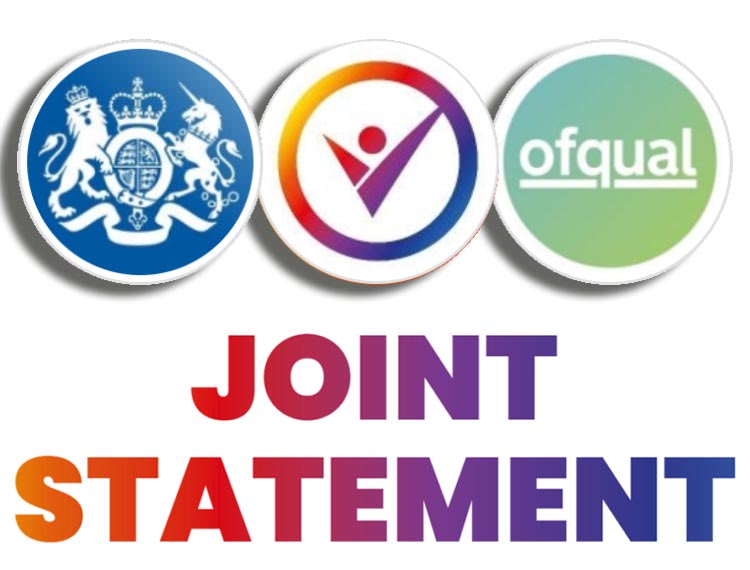 Joint statement from @EducationGovUK, Federation @AwardingBodies and @Ofqual  “Our priority is making sure every student receives the grade we know they have all worked so…

An update on issuing results for VTQs tomorrow. Since the decision to stop exams and external assessment this summer due to the coronavirus (COVID-19) lockdown,…

Joint statement from @EducationGovUK, Federation @AwardingBodies and @Ofqual on reissued results “We want to say congratulations to everyone who received their vocational and technical qualifications results…