The government has just yesterday (6 Dec) announced an aerospace sector deal as part of their industrial strategy. This deal looks to build on the UK’s success in the sector by positioning the UK to take advantage of the global move towards hybrid-electric and electric propulsion and to exploit related new markets – drones and Urban Air Mobility vehicles.

“It is fantastic to see the UK Government call for more collaboration between the aerospace industry and education providers to guarantee we have the talent available to be competitive in the worldwide market.

“We already know the country has an engineering skill gap with EngineeringUK predicting an annual shortfall of 69,000 skilled employees. Taking into account people retiring or leaving the profession, we will need over a million new engineers a year to ensure growth within the industry.

“It is critical that our universities are developing and producing the engineers the aerospace sector will need in the future. This can only be effective if universities and industry work together to innovate on how the subject is taught and student engineers graduate with skills, creativity and enthusiasm.”

At a government event in Bristol with businesses, researchers, civic leaders and industry representatives to mark the first anniversary of the modern Industrial Strategy, Greg Clark announced new support for the UK’s leading aerospace sector and the next generation of transport to tackle ground congestion and pollution in towns and cities.

The deal will develop ‘Future Flight’ – including electric planes with vertical take-off capability, goods and service drones, to autonomous aircraft.

Mr Clark is expected to say:

For the past 2 years, I have been engaging with businesses, large and small, up and down the country about our post-Brexit economy. They have been clear and consistent in telling me what is needed to preserve jobs, open up new opportunities and build on the success of our trading relationships. An economy that will continue to be open and enterprising, driving invention and innovation through high regulatory standards, providing good quality, well-paid jobs throughout the country – with a reputation as a dependable and confident place to do business. This will be the test of a successful our long-term economic partnership with the EU. The withdrawal agreement is a significant first step in building our future relationship, while no deal puts this all at risk.

Our modern Industrial Strategy is the government’s long-term plan for preparing and investing in our post-Brexit economy. And I could be in no better place than Bristol to mark this first anniversary. It is an honour to be visiting a city that has been at the heart of British industrial innovation for centuries. You can look out over the Avon and be reminded of the ingenuity of the floating harbour built here in 1809. The engineering behind it overcame one of the world’s highest tidal drops, stopping cargo ships getting stranded at low tide and opening-up the city to trade.

And today, Bristol still exerts this influence. You can see it the world-leading advanced manufacturing plants of GKN, and the global cultural impact of animation companies like Aardman. Such world-beating enterprise will continue to be the UK’s calling card once we have left the EU.

Truly world-leading science, innovation and business have no borders. Now – more than ever – we need to ensure that we remain an open, frictionless economy that welcomes talent while nurturing it at home.

The hard-fought deal that the Prime Minister has secured has rightly been welcomed by businesses large and small throughout the country. I know many of you will be watching developments in Parliament in the coming days. I want to reassure you that the Prime Minister and I, together with our Cabinet colleagues, are intent on securing a good Brexit deal that delivers the certainty for business and therefore people’s livelihoods – up and down the country.

As part of the deal, the government is launching the Future Flight Challenge, which will provide up to £125 million to aerospace and other manufactures to research and engineer new technologies and infrastructure, which industry will match. This will support the development of electric and autonomous aircraft and transform the future of transport in urban areas as we utilise our airspace to ease congestion. Industry will initially focus on smaller aircraft and drones to ensure the suitability of the new technologies before developing them for larger passenger aircraft. It means that by 2026, the government and industry will have jointly invested more than £4 billion in the future of UK aerospace.

Speaking about the deal, Greg Clark will say:

The UK’s contribution to the global aerospace industry cannot be underestimated. Half of the world’s modern large passenger aircraft have wings designed and built here in the UK; and every 2.5 seconds, a Rolls-Royce powered aircraft takes off or lands.

But we are not complacent. The future of aerospace is cleaner, greener, and more efficient, and we want the UK to be the pioneers of new technology that will pave the way for increased electrification and autonomy in commercial aviation.

This deal is our modern Industrial Strategy in action, combining the forces of government and industry to boost a sector that is vital to our future economy, export capabilities and will place the UK at the forefront of the next generation of air travel.

The UK is a global leader in aviation innovation. From urban air mobility vehicles to small electric aircraft and drones, we are already developing exciting new forms of transport.

Through the Future of Mobility Grand Challenge and alongside our forthcoming Aviation Strategy, we are exploring how these new technologies will change the way we travel, helping create the right conditions for the UK’s aerospace and drone industries to take off.

A strong long-term partnership between government and industry is essential for UK aerospace to meet the challenges of global competition and new market opportunities.

The Aerospace Sector Deal demonstrates the UK’s commitment to continue as one of the most attractive locations for the global aerospace and aviation industries.

The Future Flight challenge will ensure the UK takes a lead in delivering cleaner, quieter and more innovative aircraft. We must fast-track the electrification of flight, exploit the global potential of new urban mobility solutions and pioneer autonomous aviation.

The modern Industrial Strategy, published last year, sets out how the whole of the UK can build on its strengths, extend them into the future, and capitalise on new opportunities. Investing in science and research to keep the UK at the forefront of new technologies and the benefits they bring. Nurturing the talent of tomorrow – through more outstanding schools, world-leading universities and the technical skills that will drive the economy. And transforming the places where people live and work – the places where ideas and inspiration are born – by backing businesses and building infrastructure not just in London and the South East but across every part of our country.

It sets out Grand Challenges to put the UK at the forefront of the industries of the future, ensuring that the UK takes advantage of major global changes, improving people’s lives and the country’s productivity. The first 4 are focused on the global trends which will transform our future:

It has been taken forward at pace over the last year:

Other funding to be announced today from the Industrial Strategy Challenge Fund includes projects to develop smart sustainable plastics packaging, accelerate early diagnostics in healthcare, harness the power of quantum technology, drive up manufacturing productivity (Made Smarter) as well as future flight. The funding will be delivered by UK Research and Innovation (UKRI) through the Industrial Strategy Challenge Fund, subject to business case approval and match funding from industry. 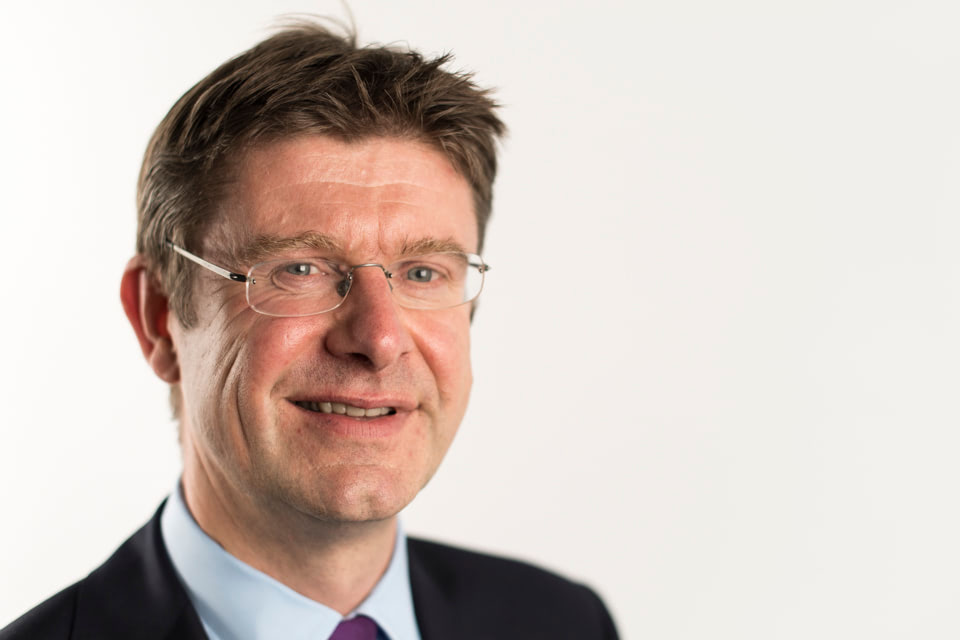 Speech by Business Secretary Greg Clark on the first anniversary of the modern Industrial Strategy: Thanks everybody for coming. It is fantastic to see so…

The UK’s world-leading aerospace sector is to be propelled into new era of cleaner, greener flight through industry and government investment. UK to be at… 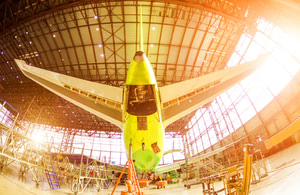 Organisations can submit their ideas for funding to help keep the UK at the cutting edge of the global civil aerospace industry. Funding is part… 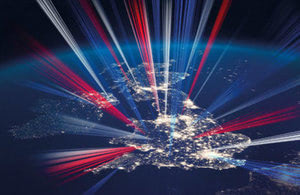